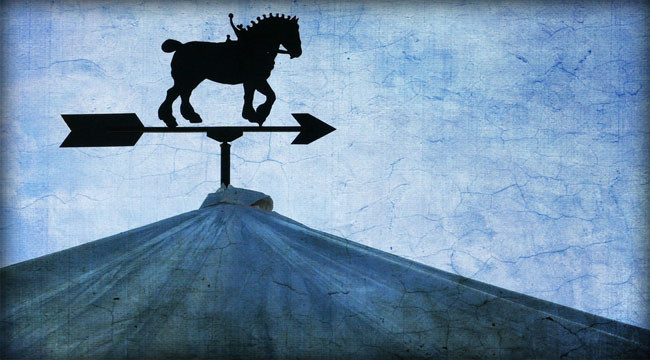 I’m going to start out today by proposing a little contest. I am writing this on Friday, June 28, at the end of the second quarter of 2013. As I look at the trading screen, the 10-year U.S. Treasury stands at 2.50%. I would like readers to respond to two questions:

First, at the end of the quarter on Sept. 30, will the yield on the 10-year U.S. Treasury be higher or lower at the close? (For reference: At the end of first quarter, the yield stood at 1.85%.)

Second, just for fun, on the same Sept. 30 date, what is your prediction of the yield? No promise here (and this is not a sweepstakes), but if there is a large change in the yield and there are one or more really good guesses, an EverBank item of some sort might find its way to you.

Question 1 seems pretty simple. The last time I saw this tested was in the 1980s or 1990s when a Federal Reserve Bank research team polled a large number of professional economic observers and the correct answer was provided 42% of the time. That is less accurate than a coin toss by a statistically significant margin.

The yield on the 10-year Treasury is but one small component of a global economic view. For starters, there’s the absolute yield on the bond, and then the relation to underlying inflation, the measurement of inflation, the shape of the curve, the impact on the mortgage market, new housing starts and so on. In developing a global economy, you immediately begin to see why many conversations with economists start with “If we hold X constant…”

Well, X isn’t constant. Situations are different each time, and there are more pieces to the puzzle than we can even imagine.

For the last year or so, I have been using a slide in presentations to wrap up my concept of “Market Analyst ADD.” This hypothesis about markets simply states that the world is too complicated and rich in information today for any analyst to synthesize it all. In addition, there appears to be a tendency for market observers to follow the same news stories.

The result of this phenomenon is that entire sectors are ignored or understudied for long periods of time. When the attention shifts, large swings can occur as the mob draws similar conclusions and takes action.

Here are two phrases to wrap up the point:

The first is: “Liquidity only matters when it’s the only thing that matters.”

This is a comment from the 2007-08 crisis, when otherwise functioning firms disappeared overnight because funding became impossible to find. Think Bear Stearns or Lehman Bros.

The second is: “Borrowing is cheap until it isn’t.”

I call this Frank’s corollary. After the introduction of the euro, essentially all countries in the bloc enjoyed borrowing rates that closely mirrored those of Germany, the best credit in the neighborhood. This allowed them access to the bond market to finance public works or spending, and also provided cheap credit to consumers so that consumption rose significantly in the 2000s.

Come the crisis, however, things changed overnight with rates in Portugal, Italy, Greece, and Spain heading for the roof.

Here in the USA and in Japan, the central banks are following a policy of financial repression. By forcing interest rates to a low, nominal level, they allow the highly indebted government to borrow at a manipulated cheap rate with an explicit goal of creating inflation. The policy is also explicitly designed to create a false sense of well-being by boosting the nominal value of the stock and housing markets.

This policy has been the heart of an intense debate since it began a few years ago. Will a large fiscal deficit combined with what is seen as profligate monetary policy create hyperinflation that will drive us all to own wheelbarrows for money and destroy the value of the U.S. dollar? We have certainly seen plenty of ink and ranting on this since the crisis began. In our view, a somewhat milder version of the outcome is likely down the road — a lower U.S. dollar and a weakened capacity of the U.S.

Others say the Fed is not doing enough to enhance liquidity in the market and question whether it should, instead, create even more monetary base. They cite the opportunity to use inflation as a tool to redistribute value from lenders to borrowers by making the future payments on debt a smaller proportion of nominal income. In other words, by making money worth less, repayment is easier. As justification for this approach, they note that, to date, U.S. Treasury yields have not risen out of sight, and that measured inflation is as close to zero as we have seen in decades.

Predicting the outcome of this debate is substantially more complicated than guessing the yield on the 10-year Treasury three months down the road. Even weather forecasters provide us with some large margins for error when they post a prediction. Considering that the weather, no matter how complicated, may actually have fewer independent variables than the global economy, this sets the task in a very murky light.

One of the things we do know is that the U.S. is more likely to become energy independent. Better analysis has been written covering the development of gas here in the USA, but even those who are most pessimistic and contrarian seem to agree with the consensus on the theory of that outcome. We also know that some manufacturing is returning to the U.S., although it appears to be isolated and heavily dependent on technology, not humans.

When we consider these outwardly positive developments, we also start to look at the impact on the social fabric of the U.S. and Europe. Real earnings have fallen over the past 30 years by every measure. With a declining manufacturing contribution to the economy, the classic solid middle class is a smaller group. We do not speak for a redistribution, but note that this introduces a number of risks to the recovery, and perhaps stability as well.

Over the past few months, we have seen people take to the streets in protest in Turkey, Greece and Brazil. A couple years ago, people in Wisconsin, possibly the most polite people on Earth, were climbing through the windows of the state capital. None of these incidents in and of itself constitutes something troublesome or even serious. In fact, there is no real rallying point that has yet come forward. Yet each of these has more organization and specificity than the amateur Occupy Wall Street movement we saw in the U.S.

But as we progress toward a recovery, if it is to come at all, we are concerned for a genuine Days of Rage demonstration either here in the U.S. or in Europe. There are many who are either impacted by change or who will not benefit from the developments to come from it. The numbers are larger, proportionally and nominally, than those who came before.

The Weathermen of the 1960s, who took their name from the Dylan lyric used as the title of this piece, would be amazed at what they would take as progress toward socialism, with the federal government’s participation in the economy rising from about 18% of GDP in 1970 to around 26% today.

It’s only a matter of time before today’s economic “weather” forecasters will be asking whether the policies in place will lead us to recovery and pacification for the “sheeple” or we’ll be looking for ways to plug holes in the dike when the attention shifts.

Frank Trotter
for The Daily Reckoning

Ed. Note: These “economic weather forecasts,” as Frank calls them, are debated regularly in various media outlets. The Daily Reckoning email edition provides a forum like no other. Click here now to start receiving The Daily Reckoning email, straight to your inbox. Signing up only takes a minute and is completely free! Check it for yourself, right here.