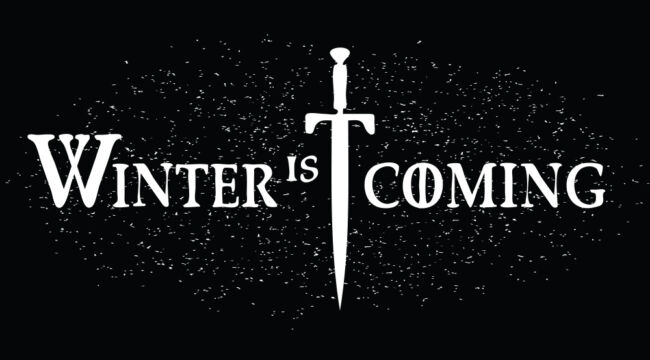 The war in Ukraine has dragged on for six months and will likely last for many more months or possibly years if the U.S. doesn’t end its policy of “fighting to the last Ukrainian.”

Attention spans have waned. Americans have adjusted to the energy price shocks (in fact, energy prices have come down a lot in the past month). Complacency about the war has set in.

But that’s a huge mistake.

In reality, the worst economic impacts of the war are yet to come. Europe has completely failed in its efforts to diversify energy supplies away from Russia. There’s not that much extra oil output available. Natural gas is also in short supply thanks in part to the Biden administration’s war on oil and gas.

Meanwhile, Putin has been gradually reducing the supply of natural gas to Western Europe. Germany is relying on its energy reserves even as winter approaches and Russian supplies dwindle.

Germans are not only reopening coal-burning power plants (after spending 14 years shutting them down); they are gathering firewood to keep warm. Germany is moving from being the world’s fourth-largest economy and one of its largest exporters of high-tech equipment to a neolithic-style reliance on coal and firewood.

Apologists for these policies say that Germany has reached 75% of its gas stocks target ahead of schedule. This sounds like good news. By achieving a 75% target “ahead of schedule” it sounds as if Germany will be in fairly good shape as winter approaches.

In other words, the 75% storage target is 75% of 20% of the gas actually used, or 15% of the gas needed. That leaves an 85% shortfall relative to requirements, which can only be satisfied from continued supplies from Russia.

But Putin has already reduced supplies to only 20% of capacity and may cut them further in the months ahead. When the best they can do (at least for now) is 15% of what’s needed and the balance is very much in doubt due to the ongoing war in Ukraine, then it’s clear that Germany is still headed for a crisis.

But It’s Worth the Price!

Those who support sanctions say it’s necessary to damage Russia economically. That’s fine, but Russia has had little difficulty shifting exports of oil and natural gas to willing buyers, including India and China.

There are some logistical challenges and Russia has resorted to discounted pricing, but the flow of energy from Russia continues and the flow of hard currency to Russia at a rate of $21 billion per month continues also. This gives Russia the option to cut off energy supplies to Western Europe without damaging its own economy.

At some point this winter Germany may have to shut down manufacturing, ration what little natural gas may be available and ask consumers to turn thermostats down to 50 F.

Hot showers will be limited to five minutes or less. Germans will wear fleeces and heavy sweaters indoors and in offices. It’s a sad state of affairs for a major economy, but it’s how things turn out when ideologues are in office.

There’s a lesson here about not over-relying on a single supplier of critical resources and about not picking a political fight with that supplier.

There’s also another lesson to be learned here: Radical “green” policies are divorced from reality and often destructive.

Green Energy: A Triumph of Ideology Over Reality

Alarmists have been running around for years claiming that climate change is an “existential crisis,” that we must end the use of fossil fuels such as oil and natural gas and that we must move to electric vehicles, wind turbines, solar panels and other forms of renewable energy.

Countries like Germany have been moving steadily in that direction, moving as fast as they can to end their dependence on fossil fuels. But wind and solar energy can’t possibly meet their energy needs. Only fossil fuels can meet the energy needs of a modern economy. Nuclear power could be a solution, but many climate activists don’t want nuclear power either.

One MIT study, for example, found that the battery and fuel needs for an EV generate higher emissions than the manufacturing of a conventional vehicle.

And if you think that radical environmentalists are “tree huggers,” you might want to think twice. Scotland is cutting down 14 million trees to clear space for wind farms. Trees absorb CO2, so if they’re that worried about carbon emissions, they should be planting trees instead of cutting them down.

Wind turbines, most of which are manufactured in China, also destroy wildlife. It’s estimated that wind turbines kill over a million birds every year in the U.S. alone. Aside from the carnage, that has a significant impact on local ecosystems.

Science, (real science, not “The Science”) makes it clear there is no climate-related existential crisis. There’s not even a minor crisis.

There’s no linkage between human-related CO2 emissions and recent slight warming trends. Slight global warming since 1995 has now ended and global cooling has begun. There is good evidence based on solar cycles, ocean currents, volcanic activity and other real determinants of climate that we are entering a period that may resemble the Little Ice Age from 1645–1720.

Tropical storms, tornados and forest fires can be severe but they are no more severe than in times past. Sea levels are rising at about 7-inches per 100 years, but this trend has been measured since the 1890s long before widespread use of the automobile or coal-fired power plants.

In short, the climate “crisis” is a false alarm, and we’re lowering our living standards for no good reason. We may also be doing more environmental harm than good. It’s mostly an ideological fetish of wealthy globalist elites who use climate as a pretext for increasing their power and control.

It’s the poor who will suffer the most from these policies.

But a looming energy shortage isn’t the only coming manmade fiasco we’re facing. Food shortages and in some cases famine will emerge this fall as the 2021 harvest stores are depleted and the 2022 harvest is not delivered either because it was never planted due to the war (or fertilizer shortages) or it cannot be delivered because of the war.

These food shortages will impact the Global South the most, where the majority of people struggle to get by as it is.

Such massive food shortages could also trigger another global migration crisis, as desperate masses seek relief in wealthy nations. If you think we have a migration crisis on our southern border now, just wait.

Freezing in the dark while starving is not a description anyone should take lightly. Unfortunately that may be exactly what lies ahead to a greater or lesser degree in many parts of the world by November of this year.

Tragically, it was all avoidable.