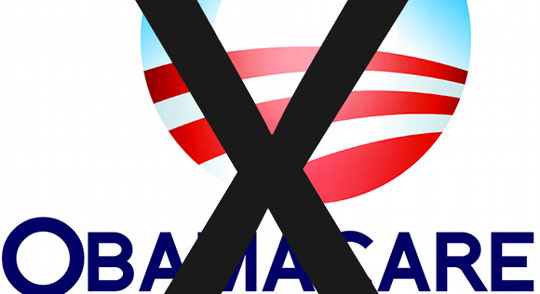 We searched the dictionary for the definition of “politician” and found this picture with the attached caption: 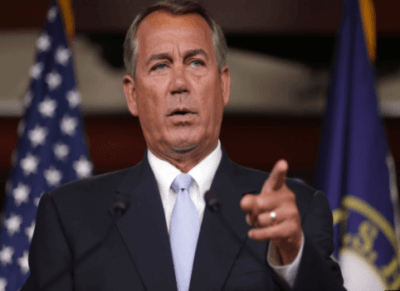 Politician, noun: 1: a seeker or holder of public office who is more concerned about winning favor or retaining power than about maintaining principles. See Boehner, John A.

Here’s then Republican House Speaker John Boehner on Obamacare in 2012, doing his best Patrick Henry: “Anything short of [a repeal] is unacceptable… Our goal has been, and will remain, full repeal.”

Now here’s former Republican House Speaker John Boehner in 2017, proving the 2012 version was just piping sunshine up our nethers: “[It’s just] happy talk… I started laughing… I shouldn’t have called it repeal and replace, because that’s not what’s going to happen.”

(Winston Churchill once said a politician needs the ability to foretell the future… and the ability afterward to explain why it didn’t happen.)

But now that Trump wields the pen, they haven’t passed any.

Couldn’t they have rolled out any of the previous six bills? Why wait 200 days?

If we didn’t know any better, we’d think these Republicans were taking us for a sleigh ride.

House Freedom Caucus chairman Mark Meadows is one Republican hot for repeal. Our suspicions are his:

“I think a lot of people are looking to some of the policy debates to be an excuse not to vote on repealing the Affordable Care Act.”

Trump’s promised to replace the Affordable Care Act (ACA) without touching entitlement programs like Medicare. But many congressional Republicans admit their own plan wouldn’t cover the millions who gained coverage under Obamacare.

And many people — many potential voters — would lose coverage without a simultaneous plan to replace. Giving something and taking it away is much harder than never giving it at all.

Now, Trump’s pledged a replacement bill in March. A draft of that bill has already been leaked… like everything else in Washington these days.

But it’s apparently repeal and replace in name only. Or “Obamacare Lite,” as David Stockman styles it.

It’s apparently junked up with all kinds of tax credits and other flummery, making it, in the words of Meadows, nothing short of an “entitlement program”:

“What is conservative about a new entitlement program and a new tax increase?”

There are serious problems with what appears to be our current path to repeal and replace Obamacare. The draft legislation… risks continuing major Obamacare entitlement expansions and delays any reforms.

Then he strips the varnish, exposing the plan as the old kick the can down the road game politicians can’t resist:

It kicks the can down the road in the hope that a future Congress will have the political will and fiscal discipline to reduce spending that this Congress apparently lacks. Worse still, the bill contains what increasingly appears to be a new health insurance entitlement with a Republican stamp on it.

The congressman’s prayer: Lord, give me the political will and fiscal discipline to reduce spending. Just not yet.

But here’s where the needle scratches the wax…

Trump has said he can’t work up a budget or tax cuts without first tackling health care:

Wonderful, no doubt. But what if he can’t get health care done if the Meadows and Walker wing of the party sinks it? Does that mean no tax reform? Much of his economic agenda rests on it.

Trump evidently plans to raise health care in tonight’s address before a joint session of Congress. He says he’ll offer “something special.”

“I think you’ll like what you hear,” Trump purred.

We hope he’s right. Yet we’re tied up to a harsh and relentless cynicism…

It’s not every day that we find ourself on all fours with New York Sen. Chuckie Schumer. But we suspect he’s onto something when he says, “I believe the odds are very high that we will keep the ACA and it will not be repealed.”