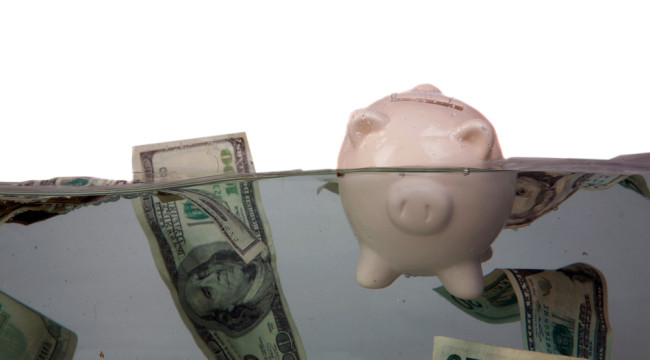 Why Dip Buyers Will Get Clobbered

As of June 2008 no Wall Street banking house was predicting a recession, yet by then the Great Recession—–the worst economic downturn since the 1930s—– was already six months old, as per the NBER’s subsequent official reckoning.

Actually, it was already several years old if you concede that the phony housing boom of 2005-2007 was generating merely transient “statistical” GDP, not permanent gains in main street wealth. Even the movie houses showing “The Big Short” have some pretty palpable reminders on that point——not the least being the strip club dancer who owned 5 residential properties, with two adjustable rate mortgages on each.

In fact, by then main street America was crawling with strippers. That is, equity strippers who were repeatedly doing “cash out” refinancings in order to generate between $20,000 and $100,000 or more of mortgage proceeds to spend on vacations, cars, man caves, aspirational leather goods, shoes and apparel, among much else.

At the peak in 2006-2007, upwards of 10% of personal consumption expenditures were accounted for by MEW (mortgage equity withdrawal). The utter unsustainability of that kind of Potemkin prosperity goes without saying, but the point here is that it was no deep dark secret buried in the economic entrails.

In fact, Chairman Greenspan went to great lengths to publicize the facts of MEW on an up-to-date basis. But he wasn’t trying to warn that the end was near. Unaccountably, he and his Wall Street acolytes concluded that the US economy had become virtually recession proof because of the extra firepower being accorded to household consumption by MEW! 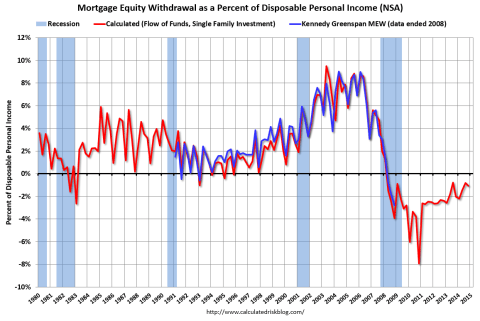 In short, the economic booby trap of MEW was hiding in plain sight and so was the Great Recession. Yet there was nothing at all unusual about the 2008 recession call miss.

Wall Street never predicts a recession. And that’s basically why the stock market goes up for 5-7 years on a slow escalator, and then plunges down an elevator shaft during several quarters of violent after-the-fact retraction when an economic and profits downturn has already arrived.

Needless to say, there are plenty of economic booby traps hiding in plain sight this time, too. Yet the sell side was out over the weekend with noisy chatter about stocks now being on sale at a discount, and that selective buying of the dip is once again in order.

According to these Keynesian Cool-Aid drinkers, the US economy is doing “just fine” because job growth is robust, real wages are rising and the consumer is fixing to commence a shopping spree at any moment now. And since stocks have purportedly never gone deep into bear market in the absence of a recession, what’s to worry?

How about the fact that there are booby traps like MEW lurking in plain sight everywhere—both at home and abroad? For example, consider the allegedly robust condition of auto sales.

During the last 12 months, retail sales of auto’s were up 6.1% or by $65 billion. But then again, auto loans paper outstanding was up by nearly $90 billion!

That’s right. Auto lenders—especially the legions of subprime nonbank operations that have sprung up with junk bond financing——have been extending credit to anyone who can fog a rear view mirror. Indeed, since mid-2010 when the auto recovery incepted, auto credit outstanding is up by $340 billion or by 90% of the $375 billion gain in auto sales. 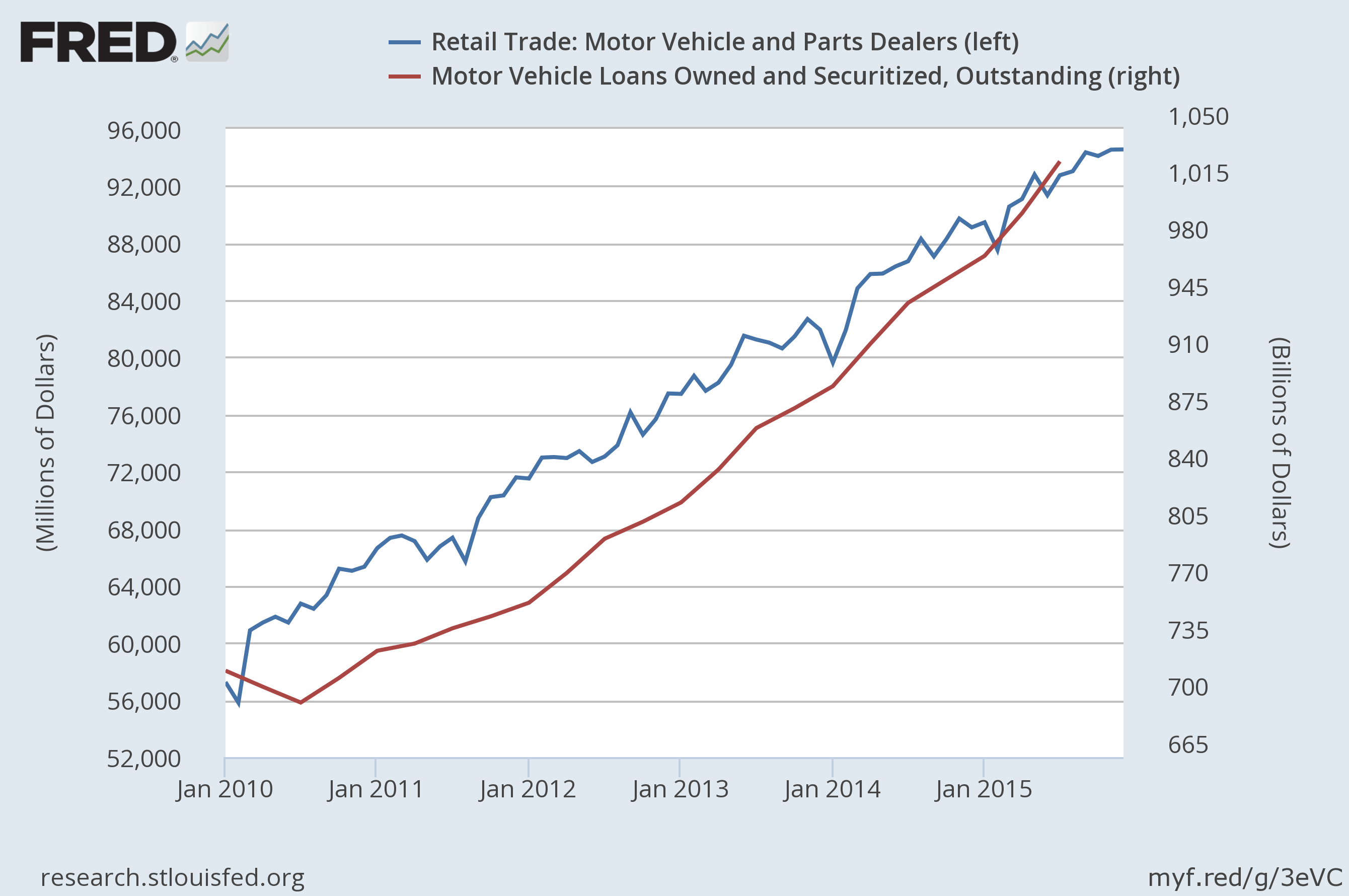 Needless to say, virtually 100% financing of an auto sales boom is now more sustainable than was the MEW financing of household consumption last time around.