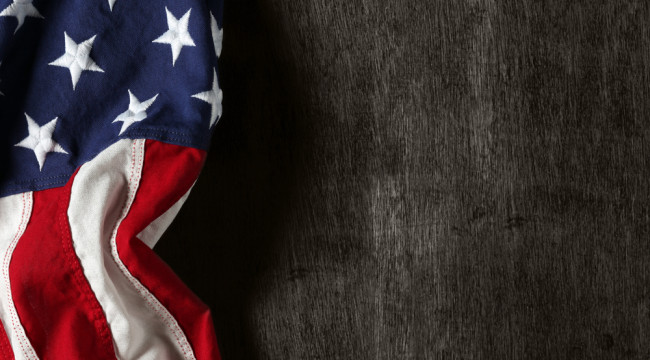 Maryland!
The Old Line bugle, fife, and drum,
Maryland!
She is not dead, nor deaf, nor dumb.
Huzza! She spurns the Northern scum!
She breathes! She burns! She’ll come! She’ll come!
Maryland! My Maryland!

BALTIMORE – Yesterday, one dear reader wrote in to say we were “cynical” and “anti-American.”

Today, we rise to defend our reputation… such as it is.

Nah… We’d need a big dose of positive thinking and earnest optimism to be cynical.

According to the Oxford English Dictionary, people who are cynical are “suspicious,” “doubting,” and “skeptical.”

We’re way beyond that. We’re pretty sure that the system is rigged… and rotten.

Elections are exercises in solemn deceit. And the Fed’s management of the economy is a mixture of delusion and self-serving scam.

We don’t have much doubt about it. That’s just the way it is.

As for “anti-American,” our accuser needs to clarify the allegation.

Is he talking about the Deep State?

Or is he talking about the 50 sovereign states… and the Old Republic?

Or the language? The culture? Reality TV… the Kardashians… NASCAR racing… Old Faithful and the mighty Mississip’?

No one can be anti-America; America is too many things to too many people.

But if he’s talking about the federales who control half our national output… tie us in knots with Obamacare, National Labor Relations Board rules, and all their other dopey programs… and stomp around the world trying to justify their trillion-dollars-a-year security budget…

If he’s talking about THAT America, he’s right. We’re agin’ it. Guilty as charged. And we’re not alone. Apparently, about half the country is “anti-American.”

The “establishment” composed of journos, BS-vending talking heads with well-formulated verbs, bureaucrato-cronies, lobbyists in training, New Yorker-reading semi-intellectuals, image-conscious empty suits, Washington rent seekers and other “well-thinking” members of the vocal elites are not getting the point about what is happening and the sterility of their arguments. People are not voting for Trump (or Sanders). People are just voting, finally, to destroy the establishment.

The Failure of NIRP

At first glance, things don’t look bad. U.S. crude oil is back over $40 a barrel. And U.S. stocks are back in the black for the year.

But China is on a debt binge that is bound to end in a blowup. And U.S. corporate earnings are falling, leaving only borrowing and share buybacks to hold up prices.

Frackers are still operating at a loss. Auto and student debt are going into default. Global trade – as measured by freight indexes – is still sinking.

And Japan – the pacesetter in the race to the bottom – is proving that negative interest rates have an effect exactly opposite to what the meddlers intended.

NIRP (negative-interest-rate policy) is supposed to spur lending and spending.

In Japan, it has done neither – the yen is strengthening as the economy weakens.

Central banks in Sweden, Denmark, Switzerland, the euro zone, and Japan have all pushed their target lending rates into negative territory. All that has been learned so far (apart from that this doesn’t work) is that sales of home safes go up… as people take out cash and keep it at home.

Negative interest rates amount to a tax on savings. You pay to save instead of being paid to save. Whether the people hoarding cash are worried about the prospect of paying a negative interest rate tax on their bank deposits… or anticipating some more awful crisis… we don’t know.

More to come on QE and negative rates… and why they really are old-fashioned “money printing” after all… tomorrow.

For now, let us return to the “anti-American” allegation.

We’re fond of the place we grew up – the Maryland Tidewater. At least, we are fond of it as it was when we grew up in it.

But it has changed.

Last week, the Maryland State Senate voted to change the words of the state song, bringing it more in line with the spirit of the Empire.

The song recalls the period – in the early 1860s – in which Maryland was attacked… by the United States of America. “Northern scum,” is how our state song describes its historic enemies.

Maryland was a “border” state… not sure how it felt about the secession movement. Then the Yankees invaded, cutting off civilized discussion on the matter.

They arrested Baltimore’s mayor, the city council, the police commissioner, and the entire board of police. All were held without charges. Habeas corpus was suspended.

Then when the Supreme Court ruled that the feds had no power to ignore constitutional protections, Abe Lincoln simply ignored the Supreme Court. He continued to hold his prisoners in the “American Bastille” – Fort McHenry.

One of the prisoners – held without charges – was the grandson of Francis Scott Key, who had written the American national anthem.

He must have seen the black humor of his situation. In 1814, during Britain’s attack on Fort McHenry, his grandfather had wondered whether the flag still flew “o’er the land of the free and the home of the brave.”