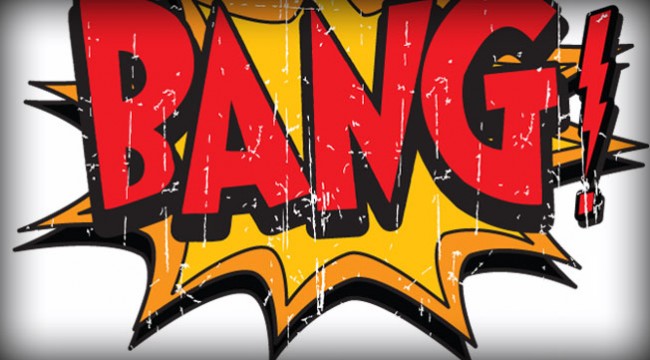 When Debt Becomes a Problem

Last month, I wrote about the current debate over the 2010 paper by Ken Rogoff and Carmen Reinhart (hereinafter referred to as RR) on the correlation between debt and GDP growth. I said that the most important part of their work, which is the construction of an enormous database on debt and financial crises over the last few hundred years, was to be found in their book This Time Is Different and elsewhere. And their fundamental conclusion: Debt is not a problem until it becomes one. And then it reaches a critical mass and you have what they call the Bang! moment.

They did make an unfortunate error in a few cells of a massive Excel spreadsheet, which subsequent analysis has shown to not be a huge deal, though some have made it out to be. And the more I read of the issue, the more I believe that the bulk of the negative response has political overtones. There are those who wish to find reasons to abandon any move toward balanced budgets and reasonable fiscal policies. They see austerity as a punishment, some type of masochistic conservative Calvinist plot foisted on poor unsuspecting citizens who should not be held responsible for the governments they elect.

As I wrote last month, austerity is a consequence, not a punishment.

On April 25, RR published an Op-Ed in The New York Times. Some were uncharitably dismissive of it, but if you take a careful look at the detailed online version, I think you’ll find their counterarguments thorough and reasonable.

An essay on Bloomberg notes:

“The biggest howler is the least consequential. By highlighting the wrong cells in an Excel spreadsheet, Reinhart and Rogoff actually took an average over 15 countries, rather than the full sample of 20. Embarrassing? Yes. Important? No. Of the five missing countries, only one — Belgium — had ever experienced very high debt. Adding it barely changed the findings because Belgium’s economic growth during its high-debt episode was roughly similar to that in other highly indebted nations.” [emphasis mine]

While the media love to focus on the simple (and regrettable) coding error (which RR acknowledge), the main body of their analysis still points strongly in the same direction, and that direction has been noted by other independent researchers. As RR note in The New York Times:

“Researchers at the Bank of International Settlements and the International Monetary Fund have weighed in with their own independent work. The World Economic Outlook published last October by the International Monetary Fund devoted an entire chapter to debt and growth. The most recent update to that outlook, released in April, states: ‘Much of the empirical work on debt overhangs seeks to identify the “overhang threshold” beyond which the correlation between debt and growth becomes negative. The results are broadly similar: Above a threshold of about 95% of GDP, a 10% increase in the ratio of debt to GDP is identified with a decline in annual growth of about 0.15-0.20% per year.’”

In fact, when you examine the paper and underlying research of the University of Massachusetts trio who discovered and wrote about the error, you find that there is not all that much difference in outcomes if you use their assumptions. The best analysis I have read is in this piece by F.F. Wiley (even if he misspells my name in his links).

Economics, at least in its predictive and prescriptive forms, is not a physical science, notwithstanding the physics envy of many economists. To try to suggest that major policy differences should be formed on the basis of numbers to the right of the decimal point is folly. It is enough at times to get the direction right. North, rather than south. With regard to the present debate, it is clear that a point can be reached at which too much debt is a problem. Is there a bright, unchanging line? This far and no farther? There is not.

Water transmutes from solid to liquid to gas. In physics and mathematics, limits — and, indeed, singularities — occur, and we can measure and even predict them. With debt-to-GDP ratios, all we know for now is that the Bang! moment exists. But the precise point for any one given country is not something we can calculate. But wherever that line happens to fall, once it is crossed, Bang! Everything changes. And dear gods, that is a fate to be avoided.

This is far more than an academic tempest in a teapot. Understanding the relationship between debt and systemic financial problems is critical to how you construct your long-term portfolio positions. If there is not a relationship between debt and growth, then quantitative easing will have an entirely different effect on markets than if there is. It is really that simple. Can we point to exact figures and immutable relationships? Of course not. Nothing in life is that simple, and RR don’t even attempt to do so, although some of their critics (and to be fair, some of their supporters) try to see bright red lines around the 90% debt-to-GDP number.