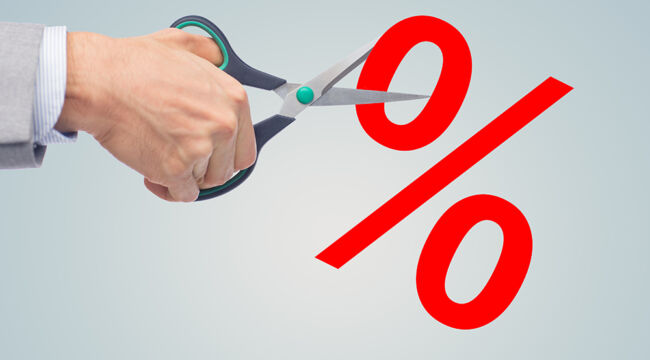 As I expected, the Fed didn’t raise rates today at its January FOMC meeting.

If you were thinking the Fed would have to begin raising rates to counteract inflation, you’re probably going to have to wait until March, when the Fed’s Open Market Committee meets again.

How did the stock market take today’s messaging from the Fed?

Stocks traded in a fairly narrow band for much of the day, and then pretty much went south after the Fed’s 2:00 p.m. release.

The Dow lost another 129 points today, the S&P lost another six. The Nasdaq managed to pull off a minimal two-point gain.

Yields on the all-important 10-year Treasury note spiked to 1.848% today, a 3.65% increase. That’s an earthquake in bond land. Ten-year yields opened the year under 1.6%, and the increase has spooked the stock market.

The 10-year note yield is a good proxy for long-term investment in mortgages, construction and infrastructure projects and therefore reflects expectations about the real economy.

That pattern prevailed until Jan. 14, 2022, when rates broke through and hit 1.794%. That was the highest level since Jan. 13, 2020, almost exactly two years ago, and before the pandemic became widespread in the U.S.

What Are Bonds Saying About Inflation?

If a wave of inflation is about to smash into us, why aren’t rates at 3.0% or higher? A yield of 1.848% is pretty puny if the inflation narrative is correct.

But none of that is true. It’s far too simplistic. Reality is much more complicated than the simple money printing equals inflation narrative. Yes, the money printing is true. But it’s not inflationary unless the money gets put to use in the economy.

If the money gets put to use in the form of widespread lending and spending, that’s a setup where you have to think hard about inflation. But that’s not what we’re seeing.

What happens then to the money the Fed creates?

The big banks have accounts at the Fed. They take the money and they leave it at the Fed in the form of excess reserves, meaning basically more reserves than the law requires them to have.

I often refer to the velocity of money. Quite simply, velocity is the turnover of money, the rate at which money changes hands.

The Fed can create money just by buying bonds with money it creates out of thin air. But velocity is a psychological phenomenon.

But we’re not seeing that. We’re seeing velocity drop. Some people are getting money, whether it’s in the form of government handouts or slightly higher wages, but they’re saving it. They’re not spending it. That doesn’t add up to rampant inflation.

I realize I may be in the minority, but the bond market is telling us that inflation will be much tamer than expected (I expect inflation to return with a vengeance eventually, but not yet).

In other words, the U.S. may be seeing peak inflation and peak interest rates for this cycle.

The One Thing the Fed Excels At

I expect the U.S. economy will slow from here (for many reasons including the pandemic, supply chain disruptions and excess debt), rates will level off and then decline and the dollar will weaken.

Of course, the Fed is preparing to tighten monetary policy at a time when the economy shows weakening. It’s tightening into weakness. But that’s no surprise.

I feel like we’re watching the same movie that we’ve already seen. We’re seeing this movie again because the Fed did this before. From 2008–2013, the Fed did what they did the last couple of years.

They bought bonds, created money supply, blew up the balance sheet and cut rates to zero. The zero interest rate policy, the money printing, they did that from 2008–2013. They took the Fed’s balance sheet from about $800 billion to about $4 trillion (today it’s dramatically higher because of its response to the pandemic).

Then they tried to “normalize.”  They began raising rates aggressively. They got the fed funds rate up to 2.25%, with nine 25-basis-point increases between December 2015 and December 2018.

They trimmed the balance sheet down. Not greatly, but they brought it down from about $4.5 trillion to about $3.7 trillion. That’s not an insignificant reduction.

Markets Have Seen This Movie Before

In other words, the Fed was trying to raise rates and reduce the balance sheet, and they were succeeding. But it all culminated on Dec. 24, 2018, in what I call the Christmas Eve Massacre.

The lesson is that when the Fed tries to normalize, they can’t do it. They’re caught in a trap of their own creation, with no way out, or at least no easy way out without causing a lot of pain.

They’re about to make things worse with tightening into weakness, with tapering and with rate increases. The market already sees this coming because they’ve seen the movie before. They know how it ends.

And it ends poorly.