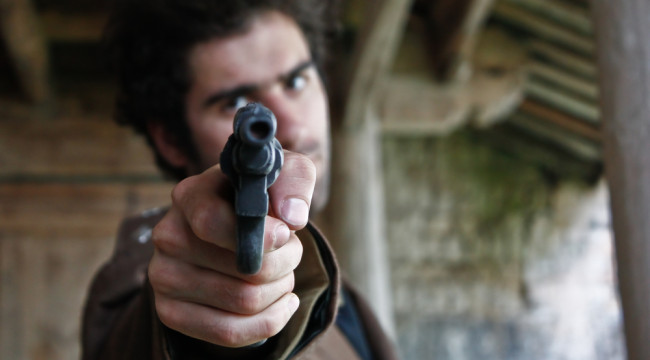 “We Are Coming for the Money”

Doing business in Libya can still be hazardous. On July 30, a group of armed former employees attacked the Al Hani General Construction Co. compound in Tripoli. The men demanded wages and other payments they said were due from the Libyan civil war period.

“We are coming for the money!” they shouted. One man brandished a pistol. A senior-level employee was kidnapped briefly, according to Reuters.

“The attack on Al Hani,” reports Reuters journalist Marie-Louise Gumuchian, “is a reminder of the risks foreign investors face here, where armed groups and lawlessness have hobbled governance in the oil-producing state.”

Libyans don’t seem to mind so much; the consumer economy is flourishing. The country’s oil revenue is still strong and GDP grew 100% in 2012 in the wake of the civil war.

Investing in the boom, however, can be tricky for foreigners. Business visas are still expensive. The bureaucracy is still oppressive. The banking and legal systems remain unpredictable. Labor unrest is still a significant problem as well. Recent history has shown that tensions can explode in any country in the region at any time.

For these reasons, our top energy man, Byron King, is still bearish on Middle Eastern oil. “My view,” he said on July 18, “is to stay away from investments that are too exposed to turmoil in the Middle East. Focus more on producers far from the Middle East, as well as the drillers and service companies that make the oil wells happen.”

Back in April , Byron noted there was plenty of money to be made in oil right here at home. “Remember, North America is experiencing a rebirth of its own fossil fuel energy industry. We can harvest our own hydrocarbon molecules in places like North Dakota’s Bakken, the Permian Basin or the Eagle Ford in Texas.” U.S. companies such as Shell Oil (RDS) and foreign companies such as Norway’s Statoil (STO) are worth a look.

P.S. Get more great tips from Byron King by subscribing for free to The Daily Reckoning. Click here.

Indicators of a Chinese Collapse

President Trump’s “America First” policy can only escalate Chinese economic instability. It’s time to prepare for a possible breakdown of social order and an economic crisis — in China and around the world…