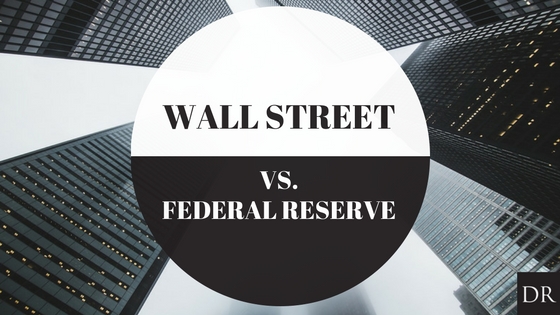 Wall Street Takes Fed To Court, What That Means For You

According to a recent Wall Street Journal post, “Bank trade groups and industry advisers are debating the possibility of legally challenging the Federal Reserve in an attempt to force changes to annual “stress tests” of the biggest U.S. lenders…”

In other words, Wall Street is examining the possibility of taking the Federal Reserve to court.  The Fed, arguably the most influential central bank in the world, has been the leading force on Wall Street since its modern existence.  A legal suit against the central bank could have a rippling impact on monetary policy and even trigger investor confidence in already weakening markets.

The specific case that the banks are building focuses on is The Administrative Procedure Act (APA) that was passed under President Truman in 1946.  The Act was established in order to be a checks-and-balances maneuver to prevent the federal government from overextending its power.  At the time, it was established as a balance to powers enacted from The New Deal.  Under the most recent legal dispute, it would take into focus financial reforms brought about in The Dodd Frank Act which passed following our most recent global financial crisis.

What Are Stress Tests?

Pure and simple, the stress test examines what would happen if a big bank were to get into significant trouble.  Each bank has to hand over to the Fed a formalized “capital plan” that illustrates how the bank would manage if a shock was to hit (significant unemployment, drop in commodity prices, etc.).

In the wake of 2008, banks hit a point where they were too big to fail and were causing major government backed financial bailouts to occur.  These stress tests were to be applied as a “stop gap” to prevent this from occurring again.

The organization that is pushing forward in legal efforts is the Committee on Capital Markets Regulation.  The Committee has members making up executives from Citigroup, Goldman Sachs, JPMorgan Chase and Wells Fargo.  The organization states that the Fed “has likely not complied with the APA’s procedural requirements…” and pointedly outlines that “the Fed’s stress tests act as a de facto binding capital constraint on banks.”

A majority of the major banks that have executives featured within the “organization” were also significant benefactors of federal TARP and bailout money in the wake of the financial crisis.  It should also be noted that the top five banks on Wall Street went from holding 35% in industry wide assets in 2007 to 44% today.

They have only gotten bigger.

Why Does this Matter?

These tests are vitally important to investors in U.S based banks because if the institution is unable to pass its “test” it is then prevented by the Federal Reserve from increasing returns to shareholders (in the form of dividends or buybacks).  The tests are seen as an opportunity to publicly instill confidence that the financial system is not a global threat and risking another collapse as seen in 2008.

So far this year 31 out of 33 U.S banks required for examination have passed the Fed stress tests.

These circumstances of big banks and their affiliate trade groups going after the Fed in court are extremely rare. The fact that a group representing such a vast and distinguished list of Wall Street executives signals that the case could be a landmark legal precedent against the Federal Reserve, its policy and the legal parameters of Congress.

For your money, it means that if you hold investments with (or even affiliated) any major U.S bank, your returns could be at a greater threat risk or be at a heightened possibility of lower return.

Beyond the capital repercussions of such an extraordinary legal venture, it could mean that the Fed has finally met its match.  Monetary policy, interest rates and even bailouts could all be under the crosshairs of the legal system.