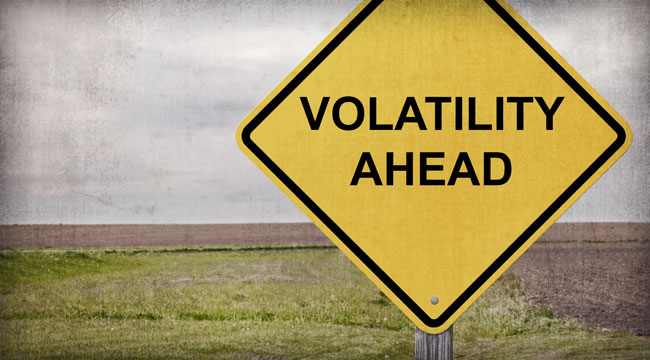 Volatility has languished near all-time lows for months on end. That’s about to change.

For almost a year, one of the most profitable trading strategies has been to sell volatility. Since the election of Donald Trump stocks have been a one-way bet. They almost always go up, and have hit record highs day after day. The strategy of selling volatility has been so profitable that promoters tout it to investors as a source of “steady, low-risk income.”

That’s what it’s like to sell volatility. It feels good for a while, but eventually a black swan appears like the black number on the roulette wheel, and the sellers get wiped out.

I focus on the shocks and unexpected events that others don’t see.

Right now looks like one of those highly favorable windows when the purchase of volatility is the right move. You could collect huge winnings as the short sellers scramble to cover their bets before they are wiped out completely. 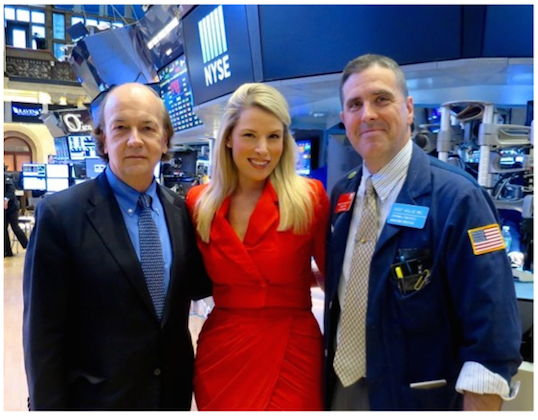 Your correspondent (left) on the floor of the New York Stock Exchange with television anchor Lelde Smits, and Stephen “Sarge” Guilfoyle during a recent visit. Sarge is the director of NYSE floor operations and one of the savviest traders on the floor. He told me, “Jim, there’s no liquidity here; it left a long time ago. When markets turn, they won’t get any support from the floor.”

The wheel of fortune is about to turn and luck is about to run out for the sellers. It will soon be time for the buyers of volatility to collect their winnings, big time. 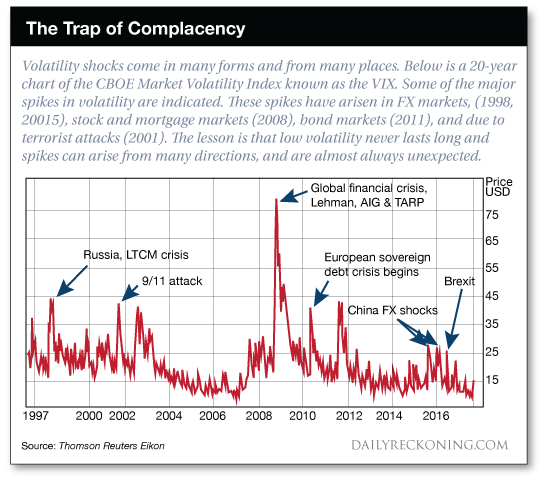 Here are the key volatility drivers we have considered:

Many analysts assume that the North Korean situation is less critical today because the rhetoric has recently toned down, and the North Korean dictator, Kim Jong Un, said that he would delay his plan to fire missiles at the U.S. Territory of Guam.

But, that’s false comfort. Kim’s statement of restraint on Guam was conditional on “good behavior” by the U.S. That was a reference to a previously planned joint military exercise of U.S. and South Korean forces running from Aug. 21 – 31, 2017. Kim’s idea of good behavior was if the U.S. called off the exercise.

The military exercise started as planned late Sunday. Now all bets are off. Kim could fire a missile at Guam, which the U.S. has already said it will shoot down.

Kim could also test a submarine-launched ballistic missile (SLBM) that could evade U.S. anti-missile defenses or be fired at close range at the U.S. west coast. Kim might test a new nuclear weapon; perhaps a miniaturized warhead that would be the right size to place in the warhead of his ICBM that can strike Los Angeles.

One or more of these provocations seems highly likely. The U.S. response will be firm and potentially aggressive. This would put the North Korean crisis back on the front burner, and send volatility soaring.

Another ticking time bomb for a volatility spike is Washington, DC dysfunction, and the potential double train wreck coming on Sept. 29. That’s the day the U.S. Treasury is estimated to run out of cash. It’s also the last day of the U.S. fiscal year; (technically the last day is Sept. 30, but that’s a Saturday this year so Sept. 29 is the last business day).

Congress has to pass two major pieces of legislation. One is a debt ceiling increase so the Treasury does not run out of money. The other is a continuing resolution so the government does not shut down.

Both bills could be stymied by conservatives who want to tie the legislation to issues such as funding for Trump’s wall, sanctuary cities, funding for planned parenthood, funding to bailout Obamacare and other hot button issues.

If the conservatives don’t get what they want, they won’t vote for the legislation. If conservatives do get what they want, moderates will bolt and not support the bills. Democrats are watching Republican infighting with glee and see no reason to help with their votes. The White House has already said that a “good” government shutdown may be desirable to help crystallize the policy debate.

Other sources of volatility include a planned “Day of Rage” on Nov. 4 when alt-left and antifa activists plan major demonstrations in U.S. cities from coast-to-coast. Antifa are neo-fascists posing as antifascists; hence the name “antifa.” Based on past antifa actions in UC Berkeley and Middlebury College violence cannot be ruled out. This could be unsettling to markets and be another source of volatility.

Then there are the wild cards including a natural disaster such as a hurricane, which can threaten the U.S. eastern seaboard or Gulf coast this time of year. In fact, a potential Category 3 hurricane is bearing down on Texas’ Gulf coast right now. It could dump up to 30 inches of rain and cause great destruction in the area.

Hurricane Katrina struck at the very end of August in 2005 and Superstorm Sandy hit the Jersey Shore in October 2012. Both did enormous damage and unsettled markets for a time.

Other wild cards include domestic terror and cyber attacks.

Finally, we are entering an historically volatile time of year. Many of the greatest stock market crashes of all time have occurred in September or October including the Black Thursday (Oct. 24, 1929) and Black Tuesday (Oct. 29, 1929) crashes that started the Great Depression, and the Black Monday (Oct. 19, 1987) crash, in which the stock market fell 22.61% in a single day. From today’s levels, a 22.61% drop would mean a loss of 4,900 Dow points in a single day.

Don’t rule it out.

None of these scenarios are far-fetched or even unlikely. The war with North Korea is coming. Washington, DC dysfunction is a fact of life and we’ve had several government shutdowns in recent years. Social unrest is spreading and in the headlines every day. Hurricanes and terror attacks happen with some frequency.

Investors who prepare now for this coming wave of market shocks stand to realize huge gains when volatility roars back to life after sleepwalking for months.