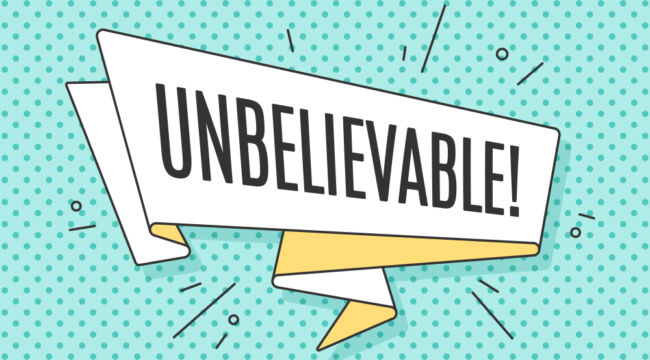 That is because their present instrumentalities of economic divination are botched beyond hope.

The occult sciences could only enhance their prognostications. They certainly would not injure them. Today furnishes additional evidence of economic malpractice…

A Bloomberg survey of economists had forecast that the United States economy would add some 180,000 private payrolls last month.

What did we learn today?

Payrolls processing outfit ADP informs us that the United States economy failed to add 180,000 private payrolls last month… or 18,000… or 180… or even one lone private payroll.

Not only did the United States economy fail to add one lone January payroll. It in fact subtracted 301,000 private payrolls.

Take a rifle in hand. Strike out for the nearest barn. Stand 11 from one of its two broad sides. Aim dead center… and yank the trigger.

To your dismay and astoundment, you discover that you have missed the target entirely. Your bullet has spared the barn but murdered a distant window.

Now you have the magnitude of the misfire.

Why Have Experts at All?

The January drop in employment is another reminder that the economy will not fully return to normal until the pandemic is over… [The losses] were likely due to a combination of factors [most of them COVID-related].

Just so. But is the virus a sudden menace? It is not. The Omicron variant has had us by the ear for months and months.

Shouldn’t an economic expert have worked it into his formulae — and forecast a reduced number?

If he had, he and his fellows may not have erred by 481,000 January payrolls.

Not for the first time we ask: Why have experts at all?

Watch out for Friday’s Numbers

This Friday the United States Department of Labor will issue its January nonfarm payrolls data.

Another survey of economists — Dow Jones in this instance — divinates a payrolls gain of 150,000.

We bet high that these economists will likewise munch crow. We expect an approximate mirroring of the atrocious ADP data.

Yet the stock market was up and away today — for the fourth consecutive day.

This we note because many consider the Russell 2000 a truer economic barometer than the Dow Jones or S&P.

Growth stocks have led the way up these past several days.

Big Tech names, which led the market sell-off in January, have been key drivers of the three-day rebound as investors refocused their attention on earnings season, after mega-cap tech companies continued reporting strong quarterly results and forward guidance.

People are starting to decide that maybe last Monday’s low was the low for the correction. We’ve had good reminders that fundamentals are good with earnings reports, they started with financials but have gotten a lot better since.

Perhaps. Perhaps. But could markets have leaped today partly because of January’s job losses?

It means the Federal Reserve may keep its fingers on the liquidity taps.

You are of course aware of the Federal Reserve’s conundrum.

Absent a continual pumping in, gravity works its wicked will. The thing will fall back down to solid earth, where it will come to terrible grief.

Yet inflation is on the stretch. It has begun to menace. But the Federal Reserve must keep it on a tether. Hence Mr. Powell’s dilemma.

Liquidity is the lifeline of markets, and the Fed, directly and indirectly, manages its flow via QE and zero rates. With inflation raging, the pandemic subsiding and economic activity normalizing, the Fed is keen to start reducing liquidity via higher interest rates and reductions in its balance sheet. The purpose of normalizing monetary policy is to bring inflation down. However, the removal of said liquidity could prove problematic for stock prices, especially if done more aggressively than expected.

This Lebovitz fellow wonders if Powell will repeal the “Fed put.” For years investors have relied upon the Federal Reserve’s heroic rescues.

They continue to expect this Fed put will set aright any substantial discombobulation. But are they in for disappointment? Lebovitz:

Broadly speaking, [Powell’s] confidence level in managing inflation has fallen sharply. At times he appeared shaken by the high and persistent level of inflation. In prior meetings, he brushed off inflation as transitory and purely a function of COVID and related supply line problems. The arrogance in the Fed’s ability to manage inflation has vanished…

More telling, he seems disturbed by the trend higher in prices. It appears he fears the trend is more potent than expected, thus will not be as easy to reverse…

For the first time, Powell seems to reflect on how damaging inflation is and its detrimental impact on lower-income classes. It appears that political pressure from the president and members of Congress are influencing his view on inflation and its harmful effects.

Not a Threat to Financial Stability

They have profited mightily. Yet Mr. Powell may finally let them dangle from their own hooks, without further coddles. In Powell’s very very words:

So asset prices are somewhat elevated, and they reflect a high-risk appetite and that sort of thing. I don’t really think asset prices themselves represent a significant threat to financial stability, and that’s because households are in [as] good shape financially than they have been. Businesses are in good shape financially. Defaults on business loans are low and that kind of thing. The banks are highly capitalized with high liquidity and quite resilient and strong.

Translated into good, hard English: The Federal Reserve is prepared to let the stock market take a severe stagger. Inflation is its greater concern.

It will intervene eventually. But only once the market careens at violent velocities and it tires of Wall Street’s whines and whinges.

Yet that day is likely distant.

Have you the stomach to endure the interim tumults?