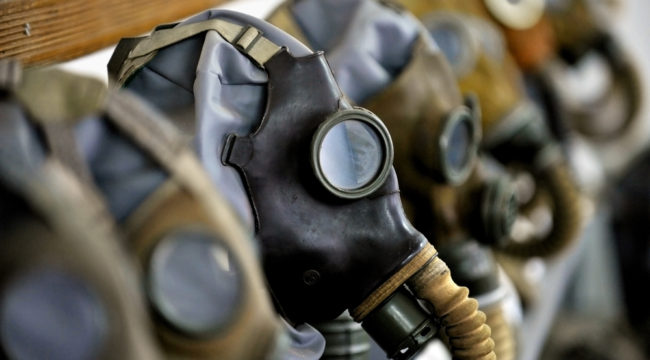 Is Trump About to Flip-flop?

Nearly three stymying months in office, Trump strikes us as a man fixing to get something done.

And tax reform — the kind Wall Street pinned its hopes upon — may soon follow.

House Speaker Paul Ryan said yesterday that tax reform will take even longer than health care. Worse, he said Trump and Congress were actually closer on health care than on taxes.

And so the blush comes off the peach.

But is Trump about to seek victory on another front… even if it means unintentionally aligning with ISIS?

We investigate the possibility today.

But first a check on the races…

Stocks closed lower yesterday after minutes from the Fed’s most recent confab. They suggested the Fed might soon start paring back its market-supporting $4.5 trillion balance sheet.

The Dow was up nearly 200 points at one point yesterday before ending the day down 41 — its largest intraday reversal since February 2016.

But that was yesterday.

Just another day at the track.

But a worrying idea comes to us today…

Will Trump try to divert the crowd’s attention from his legislative setbacks… with a foreign adventure?

An apparent chemical weapons attack killed at least 100 in Syria Tuesday. It sickened many more.

Tellingly, Trump’s secretary of state, Rex Tillerson, said yesterday there was “no doubt” who was responsible.

That would be Syrian President Bashar al-Assad.

Trump also blamed the attack on Assad. “Reprehensible,” he called it. “Heinous.”

And now Trump’sgot his back up high and stiff.

Trump campaigned against removing Assad from power. ISIS was the real enemy, not Assad. But now he snorts that the attack, quote, “crossed a lot of lines for me.”

“I will tell you that attack on children yesterday had a big impact on me — big impact,” Trump thundered. “My attitude toward Syria and Assad has changed very much… You’re now talking about a whole different level.”

But how do they know Assad was even responsible?

We realize Trump fires first and asks questions later. But a proper investigation of the incident would take weeks… months.

A 2013 chemical attack in Ghouta, Syria, killed up to 1,729 people. The Deep Staters and their drummers in the mainstream press tried to blame that attack on Assad.

But the case hung the jury.

Just not enough evidence. In fact, independent sources offered solid forensics suggesting Assad wasn’t responsible at all… but a rebel group angling to frame him (see below for more).

Now… maybe Assad is actually responsible for this latest incident.

(Our agents haven’t arrived on scene yet. So we have no answers at this time.)

But we must concede… the whole story sounds a bit hollow in our ears.

All the analysts say Assad’s winning the war against ISIS and the other rebel groups.

With victory in sight… why would he court the world’s wrath by using chemical weapons against women and children? And for no military benefit?

What does he gain?

Will Trump put on a show in Syria to prove America — and Trump himself — can “win again”?

It wouldn’t be the first time an erring president called the people to the colors.

And does Trump think a foreign policy victory will light a fire under his presidency?

Questions upon questions. All demanding a square answer. Yet none is at hand.

When can we expect that tax cut?