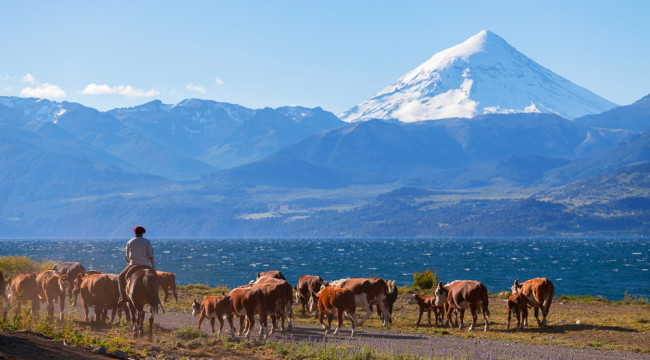 Time to Raise the White Flag at Gualfin?

BALTIMORE, Maryland – We are all originarios…

First, the Fed let it be known that it has “normalcy” once again in its sights.

As we know, the Fed can’t return to normal because normal includes a correction on Wall Street – the very thing it has worked so desperately and recklessly to avoid. Mark our words: The Fed will never willingly return to normal, market-discovered interest rates.

Second, barring a major surprise, Donald Trump sewed up the Republican nomination. Many readers are counting on The Donald to “Make America Great Again.” Alas, it won’t be that easy.

Voters can do what they want; the important decisions are made by the unelected elite of the Deep State. Ron Unz described how it worked in 2012:

The sweeping victory of […] Barack Obama, represented more a repudiation of Bush and his policies than anything else, and leading political activists, left and right alike, characterized Obama as Bush’s absolute antithesis, both in background and in ideology. This sentiment was certainly shared abroad, with Obama being selected for the Nobel Peace Prize just months after entering office, based on the widespread assumption that he was certain to reverse most of the policies of his detested predecessor and restore America to sanity.

Yet almost none of these reversals took place. Instead, the continuity of administration policy has been so complete and so obvious that many critics now routinely speak of the Bush/Obama administration.

Trump’s nomination is clearly a repudiation of the Bush/Obama administration… and the Deep State itself. But who cares what the voters want?

But let us return to the mountains of Northwest Argentina… where several dear readers have sided with theoriginarios. One French reader:

I hope they will win // maybe you can give them half of your sandy ranch and everybody will be happy… You say the “law” is on your side. But you know the law is always on the side of the rich.

You should just give them all your RANCH…

Several noted that they thought it was “greedy” of us to try to hold onto the land we paid for. None, however, volunteered to return his own land to the Cheyenne, the Chippewa, or the Cherokee originarios of North America.

But wait. We’re all originarios…

More than 100 years after the Native Americans of the Calchaqui Valley had been dispossessed, the Scots were losing their land to the English. Our family got its start in America when Seamus McCeney was captured at the Battle of Culloden… shipped to the New World… and sold into indentured servitude on Kent Island, in the Chesapeake Bay.  What happened to his ancestral land in Scotland?

“Yeah, Dad,” added one of our own children. “You should just give it to them. Ha ha… It would be better for us if you stopped spending your money down there.”

Looking at it selfishly, this is a battle that his father would be better off losing. As it is, he has the privilege of paying seven salaries… property taxes… equipment, fuel, and maintenance… with almost no hope of ever turning a profit.

The originarios are trying to drive him off. If he had any sense, he would raise the white flag.

It would serve them right.

And now this update from our lawyer:

The activists were paid by the government to cause trouble. They don’t really want the land. They’ve already got plenty of land. And what would they do with it? They’ve already got thousands of mountain cattle and goats that they can’t sell. This is just a political shakedown.

The originarios barricaded the road to [the upper pasture]. They claim we abandoned the land. They have some sort of government decree signed by a guy who worked for the Kirchner government. They say it gives them the right to the pasture. But it was signed a month after he was fired. Very strange. And we just took the cows off the pasture two months ago. Because of the drought, there was nothing for them to eat.

We’re getting to the bottom of it… but it’s taking time. The important thing is that the new government isn’t supporting these activists anymore.

“You improved the church. You bought miles of pipe so they could have running water in their houses. You bought that backhoe and two tractors and other equipment. You fixed the roads. You give out scholarships. You pay those salaries, even though you don’t really need that many workers. You lose money every year…

“You claim to be ranching, but you’re really just redistributing money. From us to them. The whole thing is absurd. You charge them rent – a couple goats and a skinny cow. Then, you can’t do anything with the animals… so you allow them to give you a few pesos instead. After inflation, you get about 70 cents a year, total, for a house and a farm. And if they don’t pay, you can’t do anything about it anyway.

“And now, instead of thanking you… they rebel against you. But what do you expect? Welfare programs never work. Give people something for nothing and they hate you because you make them feel inferior.”

Maybe he’s right. We’re going back to Scotland! At least, there’s water there.