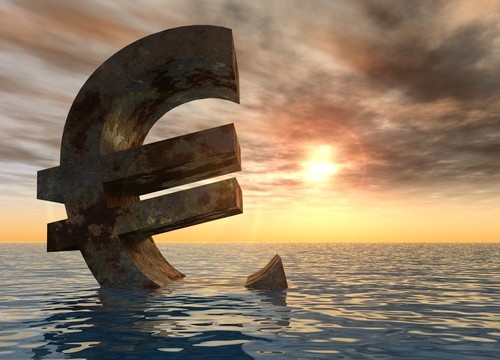 Ignore the latest Justin Bieber antics! Pay no attention to the continuous CNBC cheerleading for the S&P 500. Wake up and smell the coffee brewing in Cyprus! You’ll be ahead of the investing public, currently tranquilized by the belief that risky assets will never fall again with Ben Bernanke in charge.

This brewing Cyprus issue is far bigger than the market believes…

By now you probably know about the “deposit tax” the EU and IMF imposed on Cyprus. It was a condition of a bailout loan. Politicians in northern Europe, including German Chancellor Merkel, need to convince the voting public that bailouts won’t cost them a penny (fat chance).

It will be interesting to see how, exactly, the Cypriot government plans on ever reopening its banks. A devastating bank run is exactly what to expect immediately after banks reopen. Permanent psychological damage was done the moment the deposit tax (theft) was proposed. Cyprus’ role as an international banking hub is finished. So to mitigate a run of depositors out of Cyprus, government authorities will feel they have to impose capital controls.

As I write, another plan is getting leaked: Uninsured depositors of Cyprus Popular Bank could lose up to 40% of their savings. International depositors won’t know when (or if) they will regain access to their accounts. Liquid demand deposits may be forcibly converted into term deposits. If depositors need liquidity to compensate for getting locked out of Cyprus accounts, they’ll sell assets elsewhere. This hardly is a bullish development.

Depositors in Spain and other peripheral EU countries will be watching closely. If EU and IMF officials think they can control a panicked crowd of depositors — now that they’ve opened Pandora’s box — they are mistaken.

In a recent note, David Goldman, president of Macrostrategy LLC, explains how this might play out in Spain:

“Given the unusual character of the Cypriot banking system, nicking large depositors was inevitable. No one will weep for them.

“The IMF and EC decision to tax small depositors, though, was an important signal that retail investors will not be spared in future bank reorganizations. Cyprus may adjust the tax to reduce the levy on small depositors.

“It seems naive to think that the international organizations merely blundered into a measure that threatens systemic problems. On the contrary: This appears to have been a deliberate signal about wealth taxes to come.

“It’s a matter of numbers. We think the Spanish banks are holding up rotten real estate loan portfolios by capitalizing interest, such that all their [subordinated] debt and perhaps some of their senior debt should be bailed in.

“But the problem can be postponed only so long. The market has bought into the Spanish bank story in a big way…”

Little by little, we will discover more about the “rotten real estate loan portfolios” in Spain. Shareholders of Santander (SAN) and BBVA Group (BBVA) won’t like what they see. Bloomberg ran a story recently on the Spanish banks. Apparently, they’ve finally decided to clean out their construction loan portfolios. There is an element of social pressure in this process. No bank wants to go first; but once the cleansing process starts, every bank follows.

Consequently, we will see a surge in bankruptcies among Spanish real estate developers. Unemployment will jump higher. More empty properties will come on the market, pushing prices lower. The Spanish public and EU officials will each pressure the Rajoy government to move in a different direction.

Spain’s banks have not yet been properly restructured, and until they are, the problems won’t go away.