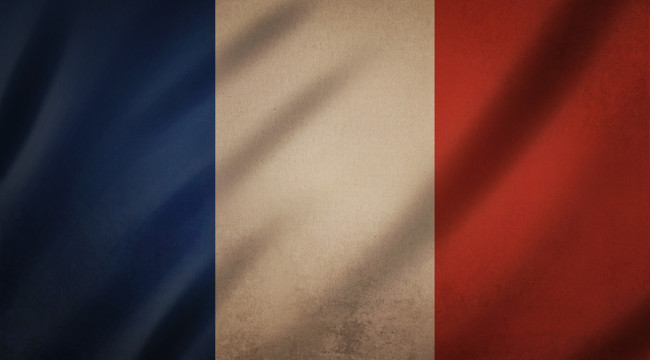 The West Sowed the Seeds of the Paris Attacks

They that sow the wind, shall reap the whirlwind.

– Hosea, 8-7
PARIS – We drove back into Paris last night…France is still in a state of emergency. A police blockade near Dreux stopped cars headed out of the city.There were about 20 gendarmes manning the barrier, some armed with machine guns.Police shined flashlights into passing cars, pulling over those they wanted to inspect more closely.

A City on Edge

This morning, in our favorite café at the foot of Rue Poussin, in the 16th arrondissement, everyone drinks his coffee and eats his croissant while watching the big TV screen in the corner.

“A kamikaze woman has been killed,” is the headline story.

St. Denis, a northern suburb of Paris, has been shut down. People who work in the area are told not to go to their jobs. Buses aren’t running. The streets are blocked by hundreds of police.

Paris is on edge. Since France began bombing Islamic State (ISIS) strongholds in Syria, the group has targeted the city for special treatment, say the papers.

About 700 French citizens or residents have joined ISIS to fight in Syria – the largest number of any European country. That means “Daesh” (pronounced “dash” – the new… and apparently derogatory… name that political leaders are using for ISIS) has the potential manpower to carry out attacks.

Our beat is economics… money… and finance. Not politics. But they intertwine, like poison ivy around a grapevine. One produces edible fruit; the other makes you itch.

We have wondered, for example, why the Fed would continue with policies that seem to benefit only a slim part of the population while being harmful to everyone else.

Is it politics? Or economics?

We might wonder the same thing about foreign policy: Why would the U.S. undertake an expensive program of sowing gusts all over the windblown Middle East?

After the U.S. helped al-Qaeda get off the ground, many analysts hold the country responsible for creating ISIS. And for bestowing on the group – by criminal incompetence, if not knowledgeable forethought – its leadership and almost all its serious weapons.

Why would it do such a thing?

The typical American or Frenchman stands to gain nothing but trouble from these policies – meddling in the economy and in the Middle East.

There is no evidence of any positive outcome – neither in the past nor the future. But they continue.

We’ll come back to this question in a minute. First, we note that there was almost no movement in the major stock market indexes yesterday.

The World Is Slowing

The news continued to reinforce our view: The world economy is slowing.

Industrial output in the U.S. continues to creep upward. But the rate of growth has slowed 8 out of 10 months this year.

India’s exports were down for 11 months in a row in October… following China and Brazil on the path to a slump.

Like oil, steel is a key ingredient in a modern economy. Almost anything you want to make is going to take at least a little steel. The falling price reflects a lack of orders… which reflects a slowing world economy.

It also shows what happens when central banks rig up an economy.

Their zero-interest-rate policies caused a boom, which led manufacturers to overestimate demand… and induced them to borrow money at low rates to increase capacity… which led to an increase in steel production.

The increased supply led to a bust when real demand turned out to be less than projected.

At the Diary, we don’t want a higher rate of interest. Or a lower rate. We only want a “true rate.”

“Untrue rates” come from central bank-caused miscalculations. This has ended up in a mismatch between buyers and users of steel – causing confusion, malinvestment, and a misuse of resources.

So why would central banks – allegedly run by serious economists – do such a thing? Why would they make such obvious mistakes?

Which takes us back to where we began today…

Our comments on massacres in Monday’sDiary were little appreciated by readers.

One reader, a Vietnam vet, said we shouldn’t bring up the My Lai Massacre – in which U.S. soldiers killed 350 Vietnamese people during the Vietnam War – in the context of the recent Paris attacks.

And some of our Roman Catholic readers would have preferred that we forgot the St. Bartholomew’s Day Massacre, in which Catholic mobs killed thousands of French Protestants.

We also brought up two World War II massacres by German and Soviet troops. But Nazis and Communists – if there are any among our dear readers – held their peace.

Our critics may be right: Maybe comparisons really are odious. But our point was just that the perps of the Paris massacre shouldn’t feel so special: No one has a monopoly on butchery. When the conditions are right, any group could go at it.

So, why sow the wind? Why would either Paris or Washington enter an unwinnable, unfathomable war… sure to be punctuated by episodes of mass murder?

And why would their central banks and central governments push financial policies that cause booms, busts, bubbles, and blowups, benefiting the few rather than the many?

This is one of the questions we take up in the upcoming issue of our monthly publication,The Bill Bonner Letter.

You have to pay (modestly) to get the letter. But we will give you our conclusion here for free: Welcome to the “Deep State.”

Favored insiders – on both sides of the Atlantic – benefit, even at great cost to the rest of us.