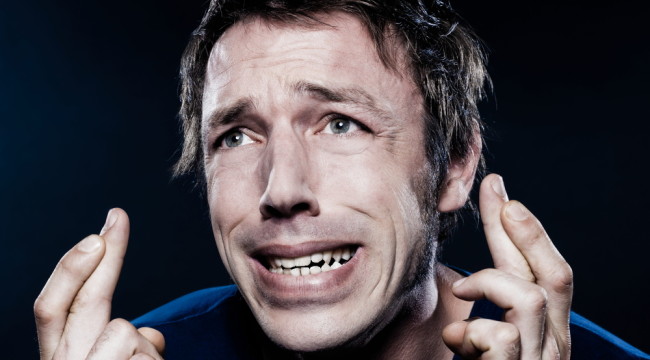 The U.S. Really Wants a War With Syria

Apparently, global markets rallied overnight on hopes that a conflict may be avoided if Syria gives up its chemical weapons. If that’s the case, it’s a rally that will fade later in the week.

That’s because the ongoing Syrian conflict has nothing to do with chemical weapons. It’s all about regime change, which is all about natural gas and pipelines.

But this is not just “another” Middle Eastern conflict. It’s much deeper, subtler, and potentially far more dangerous than preceding conflicts. As we’ll attempt to explain in today’s issue, the situation in Syria is a direct result of the relative decline of U.S. imperial power.

There’s little doubt that the U.S. want to see regime change in Syria. So it was a bit of a masterstroke that yesterday the Russians tried to diffuse the conflict by calling the U.S.’s bluff and playing the chemical weapons card. As reported by the Financial Times:

“Russia launched an unexpected diplomatic initiative to defuse the Syrian crisis on Monday when it called on the Assad regime to place its chemical weapons stockpile under international supervision, suggesting the move could head off a U.S. military strike.

“In a move that took Western diplomats by surprise, Sergei Lavrov, Russia’s foreign minister, announced that Moscow has proposed to the Assad regime that it should ‘not only put its chemical weapons storages under international control, but also have them destroyed subsequently.'”

Russia doesn’t want regime change, so it doesn’t want war. And if Russia plays for peace, then it makes it that much harder for the West to justify its belligerent actions.

But yesterday morning, the U.S. hit back, calling Russia’s bluff that called the U.S.’s bluff. That is, President Obama said that he’d call off any attack if Syria relinquished control of its chemical weapons. Or in Obama’s words, “If in fact that happens.”

This is getting almost laughable. So all Syria has to do to avoid a carpet bombing is relinquish control of its chemical weapons. And all the U.S. has to do to effect regime change is to say that Syria won’t give up all its weapons (it’s still hiding some, and we’ve got “proof”).

So let’s see how this diplomatic dance plays out. But in the meantime, all you have to do is understand that Russia wants peace because it doesn’t want its energy interests threatened, and the U.S. wants Assad out because it (and Saudi Arabia) wants to keep its foot on the throat of Iran.

On July 25, Iraq, Iran, and Syria signed a memorandum of understanding to build a pipeline running from the largest natural gas reservoir in the world (controlled by Iran and Qatar) through Iraq into Syria and Lebanon. The plan is to eventually extend the pipeline to Europe. The Wall Street Journal reported at the time:

“The oil ministers of Iraq, Iran and Syria Monday signed a preliminary agreement for a $10 billion natural-gas pipeline deal, the official Iranian News Agency IRNA and other Iranian media reported.

Although bringing Middle Eastern gas into Europe is not in Russia’s best interests, the next best thing for Russia would be to have its hands all over the distribution of the gas. We’d guess that Gazprom, Russia’s state energy giant, would have a fair economic interest in any pipeline built through the region.

But monetizing Iran’s gas reserves and having euros flow in the billions to Iran doesn’t sit well with Saudi Arabia or the U.S. Neither wants a strengthening Persian force to reckon with in the future. Nor are they happy with Russia retaining dominance over the flow of gas into Europe.

In addition to the U.S. and Saudi Arabia having their noses out of joint, Turkey isn’t impressed with the pipeline proposal either. It wants to play the role as the transit nation for Middle Eastern gas to flow to Europe and thus cement its strategic importance in the region.

And as we mentioned yesterday, China is on the Russian side. It wants stability in the region (to ensure its own energy supplies) and sees Assad as a much more stable force than the unknown alternative. Right now the anti-Assad forces are a hodge-podge of extremists/terrorists/medieval psychos with perhaps a few genuine freedom fighters thrown in.

Any new ruling force to assemble from such a group would make Assad look like the Dalai Lama. So bringing down the regime without sending in ground troops would ensure carnage for the poor Syrian people, who are innocently caught up in this global geopolitical chess game.

Not that ground troops would really achieve anything. The massive U.S. military presence in Iraq seems to have bought the U.S. little influence. If we’re interpreting events correctly (and really, who knows when it comes to the Middle East) then it seems strange that the U.S. couldn’t prevent the Iraqis from agreeing to the pipeline before it even got to Syria. Although the pipeline is apparently running through the Shiite (and thus, Iran-friendly) part of Iraq, it just goes to show the lack of overall American influence there.

So much for 10 years of occupation and hundreds of billions of dollars spent. At least the oil boys and contractors got a few concessions out of it.

So where does this leave us?

Well, no war and no regime change would signal that the long-held Saudi/U.S. balance of power in the region is waning. It would also reflect a relative step up in power for Russia and Iran.

The other question you have to ask is why is the U.S. so keen to risk another deeply unpopular war in the region? The answer is that’s what “top dogs” do. When you’re the global superpower, you don’t let anyone threaten that position.

And this is where economics, the stock market and your wealth comes into it.

Russia and Iran have no real intention of maintaining the status quo. Longer term, neither does China. Saudi Arabia long ago decided to support the dollar by selling its oil for depreciating greenbacks, which is why the two are such strong allies.

So what you’re seeing in Syria is not another regional conflict. It’s a fight by the U.S. to maintain its top-dog status. But when dogs get in trouble, they’ll do anything to survive. They’ll even gnaw off their leg if they get it trapped.

So our guess is that the U.S. will continue to pick a fight and go for regime change. It will end up as a three-legged dog as a result, but fight it will. If it doesn’t, perhaps it’s already lame.

Ed. Note: So the U.S. is picking a fight with Syria. Big deal. What does that mean for you? Well, if you read today’s issue of Laissez Faire Today  you would’ve found out… and learned about a few actionable ways to protect your wealth in the process. Not a Laissez Faire Today reader? Sign up for free, right here.

$100 Oil Is One Explosion Away

Today, Jody Chudley lays out a very real scenario that could spike the price of oil to $100/barrel.