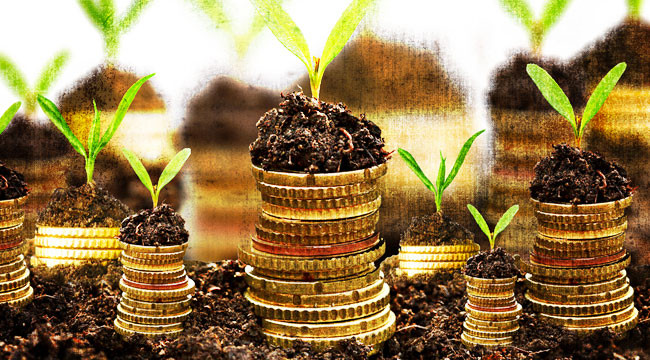 The Triumph of Scrooge McDuck

Government can control many things, but it can’t control our minds and, therefore, our economic decisions. This has been a major source of frustration for the last two presidents.

In 2001, President Bush demanded that Americans immediately go out and spend, racking up more debt in the hopes of inspiring economic recovery. President Obama has done this too, and his central banking henchmen have rigged the monetary system to punish anyone who saves.

You might think it would work, and it has, among some classes. But the wealthy are different. New surveys from people who make more than $750,000 per year show a new record level of savings among them.

In other words, their saving is actually increasing, even given the evidence that the everlasting recession has abated in some ways. The rich continue to act as if it is 2009 — which suggests that this class has little confidence that the high stock market and seemingly good news that trickles out are really sustainable. They are preparing for the next crisis in ways they wish they had prepared for the last one.

It’s fascinating too to consider their investing and spending habits. CNBC further notes that only 40% are looking to invest anything in new companies over the next two years, and only 16% are considering doing that over the coming months.

This is a deep psychology of risk aversion. The Fed has driven interest rates to zero and attempted to put the screws to anyone who undertakes this Scrooge McDuck strategy of financial preservation. But it still doesn’t work. The rich won’t let go. They will not be fooled again.

Economists tend to forget the impact of past events on people’s current behavior. My mind often drifts back to the lady who lived in the house behind mine for years. She grew up in the worst of the Great Depression and recalled just how hard it was to get pans for the kitchen or basic materials for making dresses. Everything was precious. Nothing could be taken for granted. Therefore, she threw nothing away, no matter what. This habit persisted to the end.

After she died, her children went through the house and found hundreds and hundreds of foil pie pans, stacked higher and higher. There was a room with pillars of them. She loved pies and bought many at the store. But she could never bring herself to throw away the foil pans. To her, this was an item of high value. She couldn’t shake the feeling that it would be gravely irresponsible to toss away something that might have cost a week’s wages in 1937.

It’s common to dismiss this sort of attitude as evidence of senility. Surely, it is irrational! Her kids, of course, just rolled their eyes and tossed it off as sheer nuttiness.

I wouldn’t say so. If you live through times of grave privation, you never quite get over it. You come to understand a great truth that people who grew up amid plenty do not understand. You see the physical prosperity around you as a contingent condition that can be wiped out under the right circumstance. You no longer trust those in authority to bail you out. You come to understand the obligation to provide for yourself no matter what.

In short, you come to realize that no economic value is permanent and all is subject to change.

The savings behavior of the rich today is evidence that they are much like the old widow and her pie pans. They were burned very badly in the great collapse of 2008. It affected mainly real estate, a sector every respectable voice said would never fall. This was a safe haven, a permanent asset, and the best investment you could ever make. In a few short months (and in some cases even weeks), all those assumptions were blown away. Then the contagion started: The banks, the stock market, commercial real estate, old-line investment firms — everyone suffered.

That lesson tends to last, and it accounts for why it is so difficult for the federal government to stop this tendency to hoard cash and prepare for another rainy day.

What’s more, this approach is actually socially beneficial. You have to ask the question: Where does investment come from? Of course, people like Obama never ask this question. To him, the answer is obvious: The Fed can just print money and people will invest it. Or the federal government can just tax people and use the money to “invest” in his favorite sectors, like electric cars and electricity-generating windmills.

This is sheer fantasy. There is only one source of genuine investment. That is savings. Savings comes about from forestalling consumption. You have to give up things today so that you can have more tomorrow. There is no other path. The attempt to skirt that savings obligation and replace it with fiddling by the central bank and the government is pure folly. At best, it creates another round of false booms that end in busts. At worst, it destroys wealth and creates nothing at all.

What’s interesting is how individuals and institutions seem to understand something here that government and its economists do not. Despite every attempt to stop savings altogether — under the misbegotten theory that consumption causes growth — savings in general actually soared after 2008. Only recently has the rate dipped among most of the populace, even as it has continued to increase among the smart set.

You will note that the same thing happened at the attacks of Sept. 11, 2001. The president went on television to demand that everyone immediately go out and buy something. But Americans were at the point of assuming that whatever the president wants is probably not what is best for them and their families. Savings went up. But this was nothing compared with what happened after 2008. This was when people really started stuffing their mattresses.

The beautiful thing about this example is that it shows that government can’t always get what it wants. In fact, it rarely gets what it wants. The whole of its economic policy models are predicated on the idea that people respond to economic signals like machines. Change the signal and people fall in line. But that’s not how it works in the real world. People have brains and they have memories. The memory of 2008 is still with us, and it’s a good thing, too, for the prosperity of the future can come only from the savings of the past.

Let’s hear it for the Scrooge McDucks of the world. They dare to disobey, and, in so doing, they are building for the future, from which we will all benefit. We might all consider emulating them. Saving money is the ultimate revenge.

Is it really wise to borrow so much, even with extremely low interest rates?…