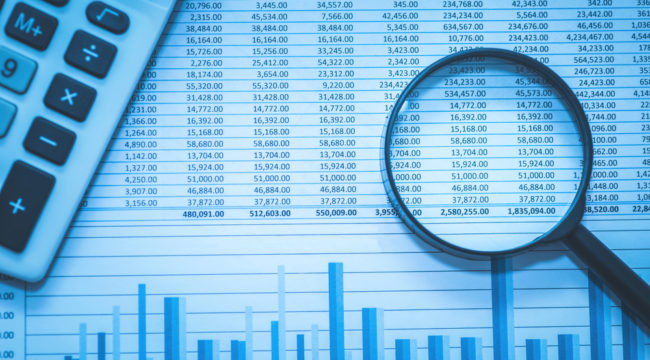 The Shocking Truth About Recessions

The stock market had itself a day at the races yesterday.

And so the market opened the year’s second quarter in uproarious style… emerging from its grandest quarter in nine years.

Surprisingly strong manufacturing data from the United States and China, we are told, account for yesterday’s delirium.

Perhaps the global economy is not as wobbled as we supposed?

The AP wire informs us:

Those concerns were allayed Monday as new economic data suggested a brighter outlook for the U.S. economy. A gauge of U.S. manufacturing notched a big gain in March… Meanwhile, an economic report out of China showed growth in exports, employment and orders.

But the evidence here adduced is circumstantial. The gentlemen and ladies of the jury are far from convinced.

Meantime, the latest survey by the National Association for Business Economics projects 2.4% growth this year… and 2% next year.

The Federal Reserve itself sketches a diagram darker yet — 2.1% growth this year — and 1.9% the next.

But let us suspend all assumption for the moment, all judgment.

In the highest spirit of generosity we shall accept the theory of accelerating growth that roused the animal spirits yesterday.

Can we then put away our recession concerns?

We might remind the chronically hopeful that recession is a menace that often drops in unannounced… like an unexpected visit from the mother-in-law.

Periods of seemingly incandescent growth may immediately precede it.

Each of the following dates reveals the real economic expansion rate — that is, adjusted for inflation — immediately prior to recession’s onset:

(We doff our cap to Lance Roberts of Real Invest‍ment Advice for the information.)

A strange and remarkable fact immediately seizes the reader:

Let the record further reflect that growth ran 2% or higher immediately prior to five of nine recessions listed.

“At those points in history,” Roberts reminds us, “there was NO indication of a recession “anywhere in sight.””

In reminder: Here we refer to real growth, which reads out inflation’s false fireworks.

1.97% growth preceded the last recession — an approximation of the rate presently obtaining.

Shall we enjoy a hearty laugh at Ben Bernanke’s expense?

Granted, it is almost too easy… like guffawing at a United States senator who slips on a banana peel… or whose toupee is carried off by a sudden gust.

But in January 2008 Mr. Bernanke stood proudly before the world and exulted:

“The Federal Reserve is not currently forecasting a recession.”

Only a lingering sense of mercy prevents us from chronicling subsequent events.

Coming forward to the present, we have illustrated that the “yield curve” has inverted recently — at least part of it and if only briefly.

An inverted yield curve, when long-term bond yields slip beneath short-term yields, is considered an omen of recession.

And the Federal Reserve’s preferred recession indicator — an inversion of the 10-year yield versus the 3-month yield — recently inverted for the first instance since August 2007.

With an 85% accuracy rate, it is not a record to be laughed or put off.

But this time is different, claims Mr. Bernanke. From comments dated July 18, 2018, cited in the Financial Times:

“Historically the inversion of the yield curve has been a good [sign] of economic downturns [but] this time it may not”… everything we see in terms of the near-term outlook for the economy is quite strong.”

And so our hair stands on end… and our blood turns to ice.

After all, Ben Bernanke has blown the all-clear whistle.

Morgan Stanley’s U.S. market cycle indicator presently gives 70% odds that the present expansion will yield to downturn over the next 12 months.

That is the indicator’s highest reading 2006.

And according to one Morgan Stanley prognosticator, the economy could “switch from expansion to downturn as early as next month” if existing trends persist.

Next week, next month, next year… we do not pretend to know.

But we do know that this time will be no different.