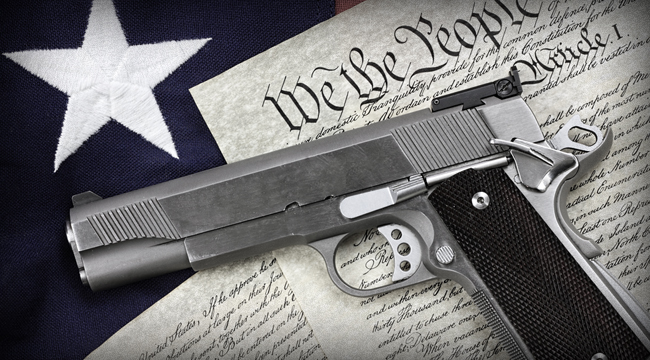 The Seen and the Unseen in Gun Control

The heinous shootings by young people at public schools around the country have predictably renewed calls for more gun control. Advocates of gun bans commit a classic fallacy that is usually associated with economic policy. But it fully applies to all government policy, including gun control.

In the 19th century, the French economist Frederic Bastiat explained that in order to understand the consequences of a policy, you must consider both “what is seen and what is unseen.” This was also the “one lesson” taught by Bastiat’s intellectual descendant, Henry Hazlitt, in his famous book Economics in One Lesson. Hazlitt identified the “persistent tendency of men to see only the immediate effects of a given policy, or its effects only on a special group, and to neglect to inquire what the long-run effects of that policy will be, not only on that special group, but on all groups. It is the fallacy of overlooking secondary consequences.”

The famous case of neglecting the unseen, of course, is the broken shop window. Observers are likely to notice that a glassmaker will have new income to spend. They miss that had the glass not been broken, the owner of the window could have spent his money to better his situation, rather than merely restore it. That’s the unseen.

If you think this is a seldom-committed fallacy, just read the newspaper after the next hurricane or earthquake. $5 will get you $10 that someone will herald the silver lining: reconstruction projects.

If we look at only obvious, primary consequences, we will badly misjudge circumstances, and any resulting policy will be bad. That is one problem with gun control.

Advocates of gun bans react to a shooting by saying that if the assailant had not had access to firearms, that shooting could not have occurred. Of course, that is true: The shooting required a gun. But this proves much less than the controllers think. It doesn’t mean that had the killer not been able to get a gun legally, he couldn’t have gotten one at all. Fans of the Brady law, which requires a waiting period [Ed. Note: this provision was dropped in late 1998] and background check for gun buyers, rejoice that tens of thousands of people have had gun applications turned down. (Most were not violent criminals.) But that’s not the end of the story. Will a thug who is turned away from a gun shop give up so easily? Or is he apt to go into the black market to buy a firearm? Worse, might he not break into a gun shop or someone’s home to steal a gun?

Gun control runs aground on this simple fact: People who would use guns to break laws would also break laws to use guns.

The controllers see the turndown at the gun counter. They don’t see, and therefore they don’t take account of, the alternative methods of acquiring firearms.

The failure to look for the unseen does not stop there. After each mass shooting, we hear recited the statistics on how many people are murdered by gunshot each year. The implication is that without guns, the total murder rate would be reduced by that number. We are also reminded of how many accidental shootings occur (the firearms accident rate, however, has been falling) and are led to believe that if legal gun possession were severely restricted, fewer people would die each year from gunshots. Not true.

To be sure, some people who were killed might be alive today. But some who were not killed might have been. How so? It might come as a surprise, because it gets no publicity, but people use guns defensively (often without firing them) 2.5 million times each year. As John Lott of the University of Chicago Law School points out, this number includes incidents in which mass shootings are prevented or curtailed and in which mothers thwart carjackings when their children are in the cars.

Writes Lott in the July/August 1998 issue of The American Enterprise: “On the surface, [school shootings] seem to present a strong argument for restricting private gun ownership. But the truth is guns wielded by private citizens have saved lives in such incidents, including some of the recent ones.” He reminds us that the shooting spree at a Pearl, Miss., school might have taken more victims had an assistant principal not retrieved a gun from his car and used it to hold the student assailant until the police appeared. A similar thing happened to end a student shooting incident at Edinboro, Pa.

The deaths that do not occur because lawful people have guns cannot be seen and therefore are not entered in the plus column of the ledger. If guns are banned, lawful people, not criminals, will be denied a key method of using force — in defense of self and others. Thus, more may die at the hands of criminals than do today.

We can demonstrate this negatively with a real incident. Some years ago, George Hennard Jr. walked into Luby’s Cafeteria in Killeen, Texas, and opened fire, killing 23 patrons and wounding 27 others. Suzanna Gratia Hupp was having lunch there with her parents and saw them murdered. It so happens that this woman usually carried a handgun in her purse (which, at the time, was illegal to do). But on this day, fearing revocation of a recently received occupational license, she left the gun in her car when she and her parents went into the cafeteria. She is convinced that if she had taken the gun with her, she would have stopped the shooter. Her parents and others might have been spared. They can be counted among the victims of gun control.

There is still another kind of “unseen” in the issue of gun control. A majority of states have now legalized the concealed carry of handguns for citizens who satisfy a few objective criteria. Formerly, local authorities had wide discretion in granting such permits. Where concealed carry is allowed, it is the criminals who are plagued by the unseen. They can’t know who has a gun and who doesn’t. This creates a free-rider problem — for the thugs. People who choose not to carry firearms nevertheless benefit from the fact that others may and do carry them. Criminals don’t typically like to attack dangerous targets. Since criminals can’t know in advance who’s carrying and who isn’t carrying a gun, they have to assume anyone might be — if not the potential victim, then someone nearby. That’s how to create safety on the streets.

A world without any guns would not be safer than one in which lawful people were free to own them. Without guns, bigger, stronger thugs would have an advantage over smaller, weaker victims. Women, especially, would suffer. In that world, the unseen would be the victims of fatal beatings and stabbings who would have remained alive had they possessed firearms with which to defend themselves.