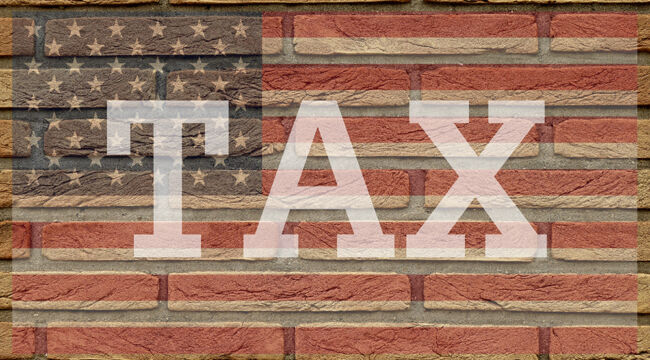 The Price of Civilization

Today is an evil day. That is, today is Tax Day…

The date by which Americans must appear before the Internal Revenue Service… and empty their pockets upon the counting table… under penalty of law.

And if the tax man suspects you are withholding something? He will dangle you by the ankles and give you a hard bouncing.

He may even jug you if he deems your concealings excessive.

The Price of Civilization

Taxes are the price to pay for civilization, argued Justice O.W. Holmes in 1927. We must therefore conclude the United States represents civilization’s zenith.

Washington hauls aboard some $4 trillion in tax revenue each year.

Thus today also represents this year’s “Tax Freedom Day” — April 18. Since Jan. 1, the average American has slaved away all his days for government.

Consider the meager medieval surf. “One day’s labor in 10” was the prevailing principle that governed him. That is, a medieval serf labored merely one day in 10 to meet his obligations.

Yet today’s American slaves three days in 10 to meet his own obligations. He nonetheless declares himself the freest bird in world history.

His ancestors wriggled free of tax tyrant King George III in 1776. Yet consider their tax “burden.”

The nearly 2 million white Colonists paid on the order of about 1% of the annual taxes levied on the roughly 8.5 million residents of Britain, or 1/25th in per capita terms, not taking into account the higher average income and consumption in the Colonies… British tax burdens were 10 or more times heavier than those in the Colonies.

The present American labors well into April to satisfy his taxes. Yet he does nothing more than bellyache.

Should our average American be solaced that he elects the government official who clips him 30% … rather than an unelected king who nicks him for 1%? Thus we raise a question:

Might you renounce United States citizenship, with all the benefits, glories and vanities obtaining therefrom — in exchange for 1% taxes?

The question is theoretical of course. No nation of Earth will extend you the offer. Yet we hazard you would give the business very grave consideration.

Meantime, Harvard grandee Larry Summers informs us that “all Americans will have to pay a little more to support the kind of society they say they want.”

Yet what if we want the kind of society that minds its own business and keeps its hands out of our pockets?

Mr. Summers did not solicit our opinion.

The United States Constitution prohibited direct taxation prior to the 1913 enactment of its 16th Amendment.

The federal government collared its haul through indirect taxes — tariffs, excise taxes and other levies.

Then the income tax came in… and forever altered the American citizen’s dealings with his government.

Mr. Frank Chodorov is the late author of The Income Tax: Root of All Evil. From which:

Indirect taxes are mere money raisers; there is nothing in the character of these taxes that involves any other purpose. In levying them, the government does not call on any principle other than that the citizen must pay for the upkeep of his government, in proportion to the amount of goods he consumes. It is as if the government were saying to the citizen: “Sorry, old man, but we need money with which to carry on this political establishment, and we don’t have any other source of money but you; we will, however, ease the pain of payment by hiding these taxes in the price of the goods you buy.” The government does not question the right of the citizen to his property. The citizen need not pay these taxes; he can go without.

The Government Recognizes Your Need, Not Your Right

This alternative does not apply to direct taxes… The government says to the citizen: “Your earnings are not exclusively your own; we have a claim on them, and our claim precedes yours; we will allow you to keep some of it, because we recognize your need, not your right; but whatever we grant you for yourself is for us to decide.”

This is no exaggeration. Take a look at the income-tax report that you are required by law to make out, and you will see that the government arbitrarily sets down the amount of your income you may have for your living, for your business requirements, for the maintenance of your family, for medical expenses and so on. After granting these exemptions, with a flourish of generosity, the government decides what percentage of the remainder it will appropriate. The rest you may have.

Here is the cream of it: The government recognizes your need — but not your right. In summary:

The [16th Amendment] puts no limit on governmental confiscation. The government can, under the law, take everything the citizen earns, even to the extent of depriving him of all above mere subsistence, which it must allow him in order that he may produce something to be confiscated. Whichever way you turn this amendment, you come up with the fact that it gives the government a prior lien on all the property produced by its subjects. In short, when this amendment became part of the Constitution, in 1913, the absolute right of property in the United States was violated.

And history teaches this lesson well: Rights lost — for whatever reason and however reasonably — are rarely restored.

Unconstitutional prior to 1913, the income tax is as permanent as the pyramids.

How Much More Civilization Can America Take?

At the uncivilized turn of the 20th century, the average American tax rate ran to 3.5%.

Yet his private loss is civilization’s vast gain. It has yielded beautiful civilizational dividends.

They are showcased daily in such locations as Baltimore, Detroit, Cleveland, Chicago, Los Angeles — and more.

We anticipate civilizational attainments greater yet in the years to come.

We merely wonder how much more civilization America can withstand…