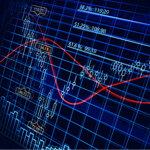 The Politics of Mr. Market

Mr. Market appears to be a Republican, or maybe a Libertarian, or even an Anarchist…but definitely not a Democrat…at least not anymore. Ever since the day Barack Obama reclaimed the White House for another four years, the stock market has done nothing but downtick.

Obama is not the cause; he is merely one of the players in a much larger tragedy. He is part of the script that asserts, “The Constitution is often a reliable guide. But in some cases, we know better.” Lots of Republicans participate in the same immorality tale.

It has always been thus, Dear Reader. But in olden times, the cronies tended to conceal their corruption from the public and usually from the highest powers in the land. Today, shame is an anachronism. The cronies either conspire openly with the highest powers in the land — usually by portraying their frauds as a “national imperative.” At a minimum, the cronies understand that process-servers will never appear at their front doors, no matter how reprehensible their financial crime(s) may be.

Sporadic national injustice is as much a part of the American historical narrative as sporadic national self-sacrifice. Even while defeating the Nazis, for example, we imprisoned Japanese-American citizens. But in this example, as in numerous other examples, some kind of higher cause validated the transitory injustice. Today, however, the “higher good” is purely greed, while the injustices are widespread and reprehensible.

Four years ago, someone(s) manipulated the silver market for personal gain. The manipulations that produced those gains also produced losses for innocent and unwitting participants in the silver market. Then, one year ago, Jon Corzine, in his role as CEO of MF Global, authorized the use of client funds to satisfy MF Global’s own liabilities. $1.6 billion of “segregated” customer funds disappeared, and remain missing still.

These two frauds share a connection, according to our go-to gal for all things financial, Lauren Lyster, host of Capital Account. The connection is this: Fraud destroys the confidence that makes capitalism possible…especially when fraud goes unpunished. In fact, the English language has a word for that; it’s called “cronyism.”

In a recent edition of Capital Account, Lyster draws a connection between manipulation in the silver market and the bankruptcy of MF Global. She asks her guest, Bart Chilton, CFTC Commissioner and author of Ponzimonium, if these particular frauds — and others like them — have severely damaged investor confidence.

“The numbers support a decline in confidence,” Lyster asserts. “The CME’s [Chicago Mercantile Exchange] Q3 profits are down 31%, volume has declined. Is this all a reflection of lost confidence in the wake of M.F. Global?”

“That and a whole laundry list that we don’t have time to get into,” Chilton replied. “The financial sector has messed up left and right over the last several years.”

“In general then, looking at these markets today,” Lyster continues, “would you say [to investors], ‘Don’t have faith in regulators. They may not be able to do their jobs. Don’t have faith in the laws that we hold dear or the rules, such as that segregated customer accounts will never be touched. Are all those things just, game off?”

Chilton, a regulator, answered, “Well, I wouldn’t say, ‘Don’t have confidence in regulators.’ But sometimes it takes us some time to act.”

Chilton goes on to argue for “new regulations.” Lyster counters by suggesting that we merely enforce the old regulations.