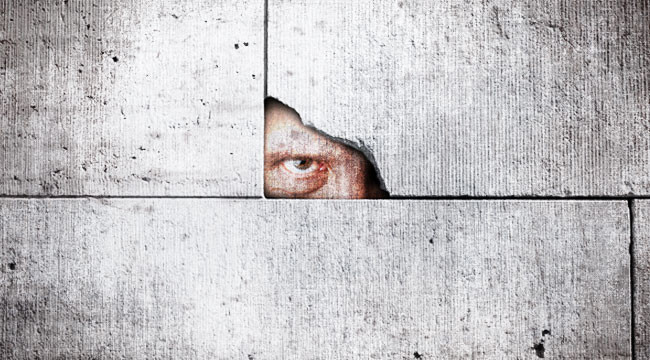 Most people take it for granted — because they’ve heard it so many times from politicians and pundits — that they must trade some privacy for security in this dangerous world. The challenge, we’re told, is to find the right “balance.” Let’s examine this.

On its face the idea seems reasonable. I can imagine hiring a firm to look after some aspect of my security. To do its job the firm may need some information about me that I don’t readily give out. It’s up to me to decide if I like the trade-off. Nothing wrong there. In a freed market, firms would compete for my business, and competition would pressure firms to ask only for information required for  their services. As a result, a minimum amount of information would be requested.

If I thought even that was too much, I would be free to choose to look after my security myself. If I did business with a firm that violated the terms of our contract, I would have recourse. At the very least I could terminate the relationship and strike up another or none at all.

In other words, in the freed market I would find the right “balance” for myself, and you would do the same. One size wouldn’t be deemed to fit all. The market would cater to people with a range of security/privacy concerns, striking the “balance” differently for different people. That’s as it should be.

Actually, we can say that there would be no trade-off between privacy and security at all, because the information would be voluntarily disclosed by each individual on mutually acceptable terms. Under those circumstances, it wouldn’t be right to call what the firm does an “intrusion.”

But that sort of situation is not what Barack Obama, Mike Rogers, Peter King, and their ilk mean when they tell us that “we” need to find the right balance between security and privacy. They mean they will dictate to us what the alleged balance will be. We will have no real say in the matter, and they can be counted on to find the balance on the “security” side of the spectrum as suits their interests. That’s how these things work. (See “NSA broke privacy rules thousands of times per year, audit finds.”)

Unlike in a freed market, what the government does is intrusive, because it is done without our consent and often without our knowledge. (I hope no one will say that voting or continuing to live in the United States constitutes consent to invasions of privacy.)

Of course, our rulers can’t really set things to the security side of the spectrum because the game is rigged. When we give up privacy — or, rather, when our rulers take it — we don’t get security in return; we get a more intrusive state, which means we get more insecurity. Roderick Long made a similar point on his blog, The Austro-Athenian Empire:

“In the wake of the recent NSA revelations, there’s increased talk about the need to ‘balance’ freedom against security. I even see people recycling Larry Niven’s law that freedom + security = a constant.

“Nonsense. What we want is not to be attacked or coercively interfered with — by anyone, be they our own government, other nations’ governments, or private actors. Would you call that freedom? or would you call it security?

“You can’t trade off freedom against security because they’re exactly the same thing.”

Likewise, where the state is concerned, you can’t trade off privacy against security because they’re exactly the same thing. Anyone who reads dystopian novels knows that government access to personal information about people serves to inhibit and control them. That’s insecurity.

Now it will no doubt be said that while in one respect we are more insecure when “our” government spies on us (the scare quotes are to indicate that I think the U.S. government is an occupying power), in return we gain security against threats from others, say, al-Qaeda. But I see no prima facie case for favoring official domestic threats over freelance foreign threats. I’m reminded of what Mel Gibson’s character, Benjamin Martin, says in The Patriot: “Would you tell me please, Mr. Howard, why should I trade one tyrant three thousand miles away for three thousand tyrants one mile away? An elected legislature can trample a man’s rights as easily as a king can.”

Some foreigners might want to come here and kill Americans, but the U.S. government has been no slouch in that department. How many Americans who were sent by “their” government to fight in foreign wars never came back? How many came back with their lives shattered? The number dwarfs the number of casualties from terrorism.

Throw in the fact that some foreigners want to kill Americans only because Obama’s government (like George W. Bush’s and others before it) is killing them, and the phony nature of this alleged protection is clear.

Obama & Co. say they welcome a public debate about calibrating the trade-off between security and privacy. No, they don’t. They wouldn’t even be going through the motions had it not been for the heroic whistle-blower Edward Snowden, whom they are determined to lock away for life — if they catch him. A true debate is the last thing they want. What they want is a simulated debate in order to quiet public concern about spying.

As Conor Friedersdorf of the Atlantic points out, Obama’s new directive creating the Review Group on Intelligence and Communications Technologies is charged with “accounting for other policy considerations, such as the risk of unauthorized disclosure and our need to maintain the public trust.” Unlike his public statement, the official directive says nothing about preventing violations of privacy and related abuses.

“What happened to those goals? The closest the Monday directive comes to them is an instruction to remember ‘our need to maintain the public trust’ as one of many policy considerations.

“Forget whether abuses are happening, or whether privacy rights are in fact being protected. [Director of National Intelligence James] Clapper need only probe the perception of trust. Remember, this is a man with a demonstrated willingness to tell lies under oath when he decides doing so serves the greater good.”

We should reject the phony debate, the phony trade-off, and the phony “balance” that will be struck. There is a fundamental conflict of interest between the American people and the U.S. government. The sooner we learn that, the safer we’ll be.