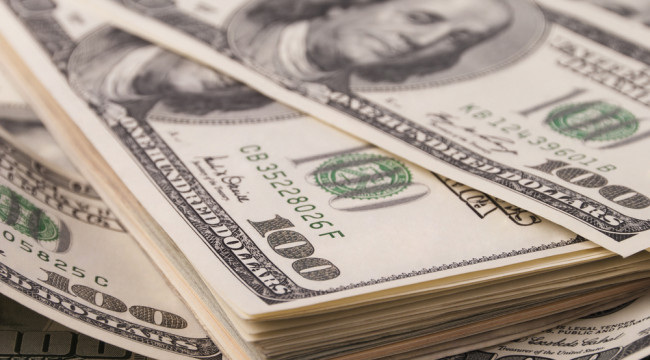 The Only Way to Make Real Money In the Markets

WATERFORD, Ireland – Markets were calm yesterday. Investors wanted to panic, as usual, but didn’t know what direction to take.

We’re not sure either. On the one hand, the world economy is slowing down. On the other, Mario Draghi has announced again that he – not willing buyers and sellers – will determine consumer prices.

And he wants to see them go higher. No kidding. Bloomberg:

‘If we decide that the current trajectory of our policy is not sufficient to achieve that objective, we will do what we must to raise inflation as quickly as possible,’ Draghi said in a speech in Frankfurt on Friday.

The lesson of the last few years is that central banks are hell on an economy, but they’re heaven to stock market investors.

What will happen next? We wait to find out.

We’re on our way back to the U.S. for Thanksgiving. Before boarding our plane in Dublin, we checked our email.

“Koch… Paris… the Catholic Church. Do you have any readers left?” asks a concerned subscriber.

You can scroll down for today’s extended mailbag edition for the latest batch of hostile reader feedback. But in general, we seem to be annoying those on the left and on the right. As for the center, it can’t make up its mind.

Are we knave? Or just fool? We’re not sure ourselves.

But we remind readers – and ourselves – that the Diary is a commercial e-letter. It is not a hobby. It is not a vanity project. It’s supposed to make money.

By exploring – rigorously, seriously, and without flinching – contrary, unpopular, and alternative ideas.

It does no good to gratuitously madden readers. Nor does much good to tell them what they can hear everywhere else.

We learn little from the soothing, flattering nonsense of the leading political parties. Here we paraphrase:

Yes, we are the best people on Earth. Whatever we do is good. Our stocks always go up. Because our economy always gets better, under the wise guidance of our Fed and Treasury department. Our nation gets stronger and stronger, too, under the watchful eye of our political leaders. And all our children are above average.

We’re not clever enough to be a politician. We would surely say the wrong thing. And we’re not smart enough to avoid irritating readers either.

Besides, we’re on a daily schedule: We don’t have time.

So, for better or for worse, we just plunge ahead. Sometimes right. Sometimes wrong. Always in doubt.

Of course, there are some things that are true, no matter what you think.

“Objective reality,” you could call it.

You leave an open can of beer on the counter, and it’s going to go flat. It doesn’t matter what you or anyone else thinks about it. That’s just the way it is.

Step off the curb at the wrong time, and a crosstown bus will flatten you. No point in arguing with it.

There are other things that exist only because you think they do. These are things that might be called “subjective reality,” like government, war, and religion.

Then there’s another kind of reality – we might call it “subject unreality” – which is even harder to grab ahold of.

In the investment world, for example, there are things that the great majority of people believe and expect to happen. But because people expect them, they almost never come into existence.

Markets DON’T do what most people expect them to do. Reality doesn’t correspond to what the crowd thinks or what it wants.

That means only contrary and alternative ideas pay. The mainstream ideas, the conventional wisdom, the soothing nonsense that “everybody knows” and “everybody wants to hear” is a losing proposition.

Because it is already priced in. Everybody already believes it. There isn’t much upside left.

You get a big crash only when investors are optimistic enough to bid up prices to the point where there is no chance of decent returns. And you get a big bull market only when they are so gloomy that they have sold off their stocks to record lows.

The big profits are made from big surprises. The opinion that seems too far out, the analysis that comes to the opposite conclusion of most others – those are the investment ideas that make money!

Are we wrong to think about the rest of the world – not just markets, but economics, politics, and war, too – with the same wary eye?