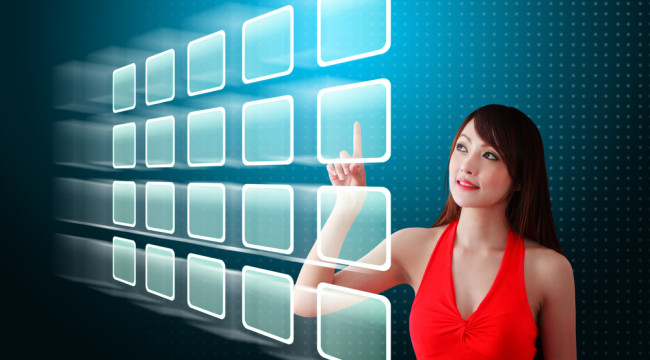 In 1988, a British mountain climber named Joe Simpson wrote a book called Touching the Void, a harrowing account of near death in the Peruvian Andes. It got good reviews but, only a modest success, it was soon forgotten. Then, a decade later, a strange thing happened. Jon Krakauer wrote Into Thin Air, another book about a mountain-climbing tragedy, which became a publishing sensation. Suddenly Touching the Void started to sell again.

Random House rushed out a new edition to keep up with demand. Booksellers began to promote it next to their Into Thin Air displays, and sales rose further. A revised paperback edition, which came out in January [2004], spent 14 weeks on the New York Times bestseller list. That same month, IFC Films released a docudrama of the story to critical acclaim. Now Touching the Void outsells Into Thin Air more than two to one.

Particularly notable is that when Krakauer’s book hit shelves, Simpson’s was nearly out of print. A few years ago, readers of Krakauer would never even have learned about Simpson’s book — and if they had, they wouldn’t have been able to find it. Amazon changed that. It created the Touching the Void phenomenon by combining infinite shelf space with real-time information about buying trends and public opinion. The result: rising demand for an obscure book.

This is not just a virtue of online booksellers; it is an example of an entirely new economic model for the media and entertainment industries, one that is just beginning to show its power. Unlimited selection is revealing truths about what consumers want and how they want to get it in service after service, from DVDs at Netflix to music videos on Yahoo! Launch to songs in the iTunes Music Store and Rhapsody. People are going deep into the catalog, down the long, long list of available titles, far past what’s available at Blockbuster Video, Tower Records, and Barnes & Noble. And the more they find, the more they like. As they wander further from the beaten path, they discover their taste is not as mainstream as they thought (or as they had been led to believe by marketing, a lack of alternatives, and a hit-driven culture).

An analysis of the sales data and trends from these services and others like them shows that the emerging digital entertainment economy is going to be radically different from today’s mass market. If the 20th- century entertainment industry was about hits, the 21st will be equally about misses.

For too long we’ve been suffering the tyranny of lowest-common-denominator fare, subjected to brain-dead summer blockbusters and manufactured pop. Why? Economics. Many of our assumptions about popular taste are actually artifacts of poor supply-and-demand matching — a market response to inefficient distribution.

The main problem, if that’s the word, is that we live in the physical world and, until recently, most of our entertainment media did, too. But that world puts two dramatic limitations on our entertainment.

The first is the need to find local audiences. An average movie theater will not show a film unless it can attract at least 1,500 people over a two-week run; that’s essentially the rent for a screen. An average record store needs to sell at least two copies of a CD per year to make it worth carrying; that’s the rent for a half inch of shelf space. And so on for DVD rental shops, videogame stores, booksellers, and newsstands.

In each case, retailers will carry only content that can generate sufficient demand to earn its keep. But each can pull only from a limited local population — perhaps a 10-mile radius for a typical movie theater, less than that for music and bookstores, and even less (just a mile or two) for video rental shops. It’s not enough for a great documentary to have a potential national audience of half a million; what matters is how many it has in the northern part of Rockville, Maryland, and among the mall shoppers of Walnut Creek, California.

There is plenty of great entertainment with potentially large, even rapturous, national audiences that cannot clear that bar. For instance, The Triplets of Belleville, a critically acclaimed film that was nominated for the best animated feature Oscar [in 2004], opened on just six screens nationwide. An even more striking example is the plight of Bollywood in America. Each year, India’s film industry puts out more than 800 feature films. There are an estimated 1.7 million Indians in the US. Yet the top-rated (according to Amazon’s Internet Movie Database) Hindi-language film, Lagaan: Once Upon a Time in India, opened on just two screens, and it was one of only a handful of Indian films to get any US distribution at all. In the tyranny of physical space, an audience too thinly spread is the same as no audience at all.

The other constraint of the physical world is physics itself. The radio spectrum can carry only so many stations, and a coaxial cable so many TV channels. And, of course, there are only 24 hours a day of programming. The curse of broadcast technologies is that they are profligate users of limited resources. The result is yet another instance of having to aggregate large audiences in one geographic area — another high bar, above which only a fraction of potential content rises.

The past century of entertainment has offered an easy solution to these constraints. Hits fill theaters, fly off shelves, and keep listeners and viewers from touching their dials and remotes. Nothing wrong with that; indeed, sociologists will tell you that hits are hardwired into human psychology, the combinatorial effect of conformity and word of mouth. And to be sure, a healthy share of hits earn their place: Great songs, movies, and books attract big, broad audiences.

But most of us want more than just hits. Everyone’s taste departs from the mainstream somewhere, and the more we explore alternatives, the more we’re drawn to them. Unfortunately, in recent decades such alternatives have been pushed to the fringes by pumped-up marketing vehicles built to order by industries that desperately need them.

Hit-driven economics is a creation of an age without enough room to carry everything for everybody. Not enough shelf space for all the CDs, DVDs, and games produced. Not enough screens to show all the available movies. Not enough channels to broadcast all the TV programs, not enough radio waves to play all the music created, and not enough hours in the day to squeeze everything out through either of those sets of slots.

This is the world of scarcity. Now, with online distribution and retail, we are entering a world of abundance. And the differences are profound.

Ed. Note: If you’re wondering why we’d feature an essay from nearly 10 years ago, you’re obviously not receiving the Tomorrow in Review email. In our free email edition, we explain in detail how Mr. Anderson’s accurate predictions back in 2004 all but confirm the windfall profits for a few forward thinking investors. If you’re not getting the Tomorrow in Review email edition, you’re not getting the full story or the full investment opportunity. Click here now to sign up for free.