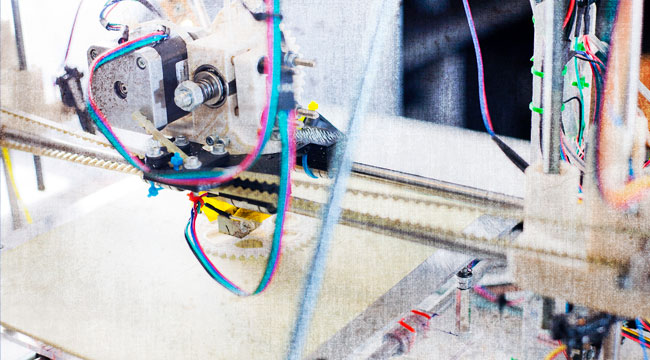 The Little Industrial 3-D Printing Company That Could

3D printing continues to be one of the most attractive industries for individual investors right now. And with the European debt crisis and slowing growth in China, we may – if given the room – be able to innovate our way to an American Renaissance.

Since the technology is still in its infancy, it’s not too late to grab a slice of the pie.

Today, we’re going to cover one company that’s found an interesting niche in this market.

Opposite of 3D Systems, the current leader in the consumer market, on the publicly traded 3-D printing spectrum is ExOne (NASDAQ: XONE), the relatively new kid on the block.

Since becoming a public company on Feb. 8, ExOne has been the preferred stock out of the 3-D printing “pure plays”, doubling since its IPO.

The company is currently operating in Asia, Europe and North and South America.

ExOne operates almost entirely in the industrial, large-scale market, catering to large manufacturers in industries like automotive production. Notable products include the S-Max, S-Print, and M-Print.

M-Lab, however, serves another interesting market segment for ExOne: the researchers and educational customers space. As one of the smallest printers available by ExOne, M-Lab is particularly designed to be used in labs.

While other pure plays like 3D Systems or Stratasys sell printers in volume, ExOne sells a small number of large-scale printers. These printers sell for a hefty cost, measured in the millions. In 2012, for example, they sold only 13 machines, but generated roughly $16 million in revenue.

While customers have to pay a pretty penny for ExOne’s 3-D printers, and sales are expected to increase for 2013, that’s not where the company expects to garner their main source of revenue.

Its main source, it turns out, derives from strategically located public service centers (PSCs) in industrial, high-manufacturing areas. With only five stationed PSCs, the arrangement accounted for 45% of ExOne’s 2012 sales. The company plans to expand to 15 PSCs by the year 2015, which will help ExOne attain a goal of $100 million in revenue, and gross margins exceeding 50%, set by CEO Kent Rockwell.

Although ExOne has yet to post positive earnings, it looks to be on the path to profits. If other public 3-D printing manufacturers serve as a guide, it may improve its bottom line substantially in this rapidly growing market.

So what’s my take on it?

Although 200% year-over-year revenue growth makes it a tempting prospect, the company is starting from a very small base. The company reported only $33.9 million in revenue over the past 12 months and currently trades at 20.5 times sales. It could, however, catch up to its lofty valuation if it does what it’s competition is doing: acquire prospects like there’s no tomorrow.

Here’s one speculation I’d like to share. There’s a gold rush on to stake a claim in the rapidly expanding 3-D printing market. 3-D printing behemoths such as 3D Systems and Stratasys have been on an acquisition binge. Stratasys, for example, recently acquired consumer 3-D printing specialist MakerBot. ExOne is on track to grow revenues from companies seeking to take advantage of its metal printing technology. It’s possible that ExOne, with a market cap of under $1 billion, could become an acquisition target.

It will be interesting to see how ExOne fares as it penetrates the high end of the market, making it a good for any watch list.

Josh Grasmick
for, Tomorrow in Review