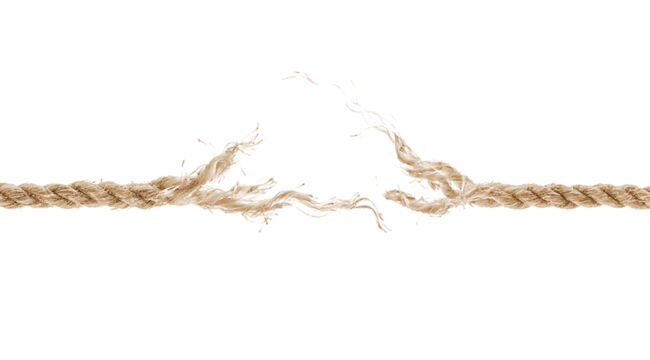 The U.S. and its allies in the EU and others around the world have imposed the harshest economic sanctions on Russia that have ever been used. In the past, even nations directly at war with each other would continue to pay the debts they owed each other.

Since this war is in Ukraine, let’s look at another war that took place in present Ukraine from 1854–56, during the Crimean War.

One British minister said that civilized nations should pay their debts, even to an enemy during wartime.

But that was then and this is now. The U.S. and its European allies outside of Ukraine aren’t even directly at war with Russia (not yet anyway), but they’ve still imposed the most punitive economic sanctions in history.

To a great extent, the Russian economy has been cut out of the global economy.

The Effects Will Last for Decades

Russia has been kicked out of the SWIFT global financial telecommunications system. A long list of Russian banks, oligarchs and major companies have been listed among those who cannot transact with Western parties. These include Gazprom (the major Russian natural gas company), among others.

Biden has also prohibited exports of semiconductors, high-tech equipment and other technology to Russia. When you add it all up, we should expect a decline on the order of 25% in Russian GDP in the first half of 2022. That’s massive.

Even when the kinetic war is over, probably in a month or so, the economic war will continue and the effects on the global economy (not just Russia) will last for decades. Still, Russia is not a punching bag that takes hits without hitting back.

They’ll fight the sanctions both with retaliatory measures of their own and with inventive workarounds designed to defeat the sanctions.

For example, Russia will be teaming up with China to roll out the Chinese credit card system (UnionPay) for Russian consumers. This comes after Visa and Mastercard ended all business with Russia. Their efforts won’t end there.

Russia is working with banks in China and India to reestablish hard currency payment channels.

There’s now proposed legislation in the U.S. Senate to freeze gold reserves held by the Central Bank of Russia.

Well, here’s the problem: The gold is physical, about 2,300 metric tonnes worth about $150 billion, and is stored inside Russia. It can’t actually be frozen or seized at all.

The legislation would impose secondary boycott sanctions on any party that assists Russia in transporting or transacting in gold. But this presumed sanction would be easy to evade.

For example, if Russia puts 100 metric tonnes of gold on a plane and flies it to Beijing in exchange for manufactured goods, they’re not exactly going to issue a press release about it. That’s the kind of transaction that will go undetected by U.S. intelligence.

Gold is an element, atomic number 79, and is easily melted down and re-refined into new gold bars with Chinese markings that are untraceable. The Central Bank of Russia can buy more gold from Russian miners for rubles to make up for the shipment.

Again, that gold is untraceable (Russia and China both have numerous gold refineries). If this is the best the U.S. can do then Putin is not only on his way to winning the shooting war, but he may win the financial war as well.

Russia has also implemented capital controls that will shift the pain of sanctions from Russian borrowers to Western lenders who will now suffer defaults on the Russian bonds they own. And Russia has announced that it will cut off exports of important chemicals, metals and processed gasses to any nation that has sanctioned Russia.

These exports are indispensable to manufacturing processes including semiconductors, automobiles and agriculture. In the end, most of the economic pain will fall on Western manufacturing and farming.

This is where the law of unintended consequences comes into play. Over 65% of the processed neon gas used to power lasers that make semiconductors comes from Ukraine. Between 35% and 50% of strategic metals, such as titanium and aluminum, used in aircraft manufacture by Boeing and Airbus come from Russia. Much of the grain that feeds the Middle East and Africa comes either from Ukraine or Russia.

Russia also exports metals used in battery production for EVs including lithium, cobalt and nickel. The list goes on topped by oil, natural gas and coal, where Russia is the leading supplier to Europe.

If Russia follows through, we could be looking at a shutdown of major industries around the world from semiconductors (essential for automobiles, appliances, electronics, etc.) to heavy equipment and transportation.

The Biden administration will find out the hard way that in a globalized, densely connected world, what happens in Russia doesn’t stay in Russia. Russia may be the first victim of U.S. sanctions. But the entire world will pay the final price.

So will the dollar…

My Vision Is Coming to Pass

In 2009, I facilitated and participated in the first-ever financial war game hosted by the Pentagon. This war game was conducted at the top-secret Warfare Analysis Laboratory of the United States (code name: WALRUS) located in the Applied Physics Laboratory, about halfway between Washington, D.C., and Baltimore.

I wrote about this in 2011 in Chapters 1 and 2 of my book Currency Wars. The scenario I presented at the time was that Russia and China would accumulate large gold reserves, pool their gold and launch a new digital currency backed by gold in place of the U.S. dollar.

Russia and China would then insist that any purchases of Russian energy or Chinese manufactured goods be paid for in the new currency. It would be a clear-cut effort to get out from under U.S. dollar hegemony and to protect themselves from U.S. dollar-based economic sanctions.

The Last Straw for Russia and the World

It took the U.S. dollar 33 years (1914–1944) to achieve its status as the leading global reserve currency. The dollar lost its gold link in 1971 but remained the leading reserve currency due in part to the petrodollar deal that was worked out by Nixon and Kissinger in 1974.

The world was flooded with dollars through a combination of Fed money printing and U.S. trade deficits.

The difficulties began in the 1990s and early 2000s when the U.S. used financial sanctions to punish enemies such as Iran, North Korea, Venezuela and, to a limited extent, Russia. The U.S. kept going back to sanctions over and over.

Now that the U.S. has frozen the reserves of the Central Bank of Russia, this is the last straw for Russia and the world.

After all, if dollar reserves are no longer a safe haven, then who needs dollar reserves? The world will demand something more dependable that can’t be frozen on U.S. whims.

The U.S. is destroying the value of the dollar by abusing sanctions. In the future, the dollar will not be that important. It won’t happen overnight, but the unprecedented sanctions against Russia will only accelerate the process.

Investors can prepare for the coming collapse of the dollar by increasing their allocations to physical gold. That’s the one form of money you cannot freeze or seize.