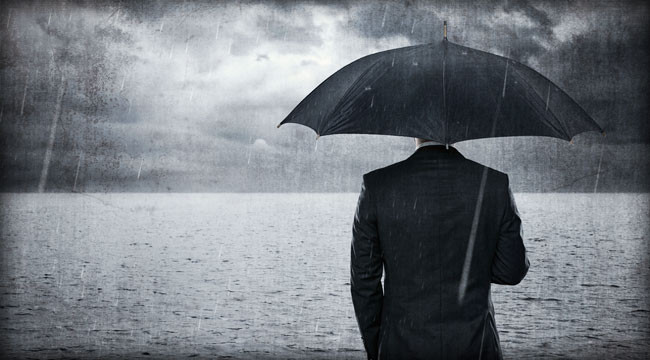 As always, though we wish it were otherwise, economic forecasting is a discipline of probabilities. The degree of certainty with which so-called hard sciences are able to identify the metrics of the physical world appears to be out of the reach of the economic disciplines. But forecasting, irrespective of its failures, will never be abandoned. It is an inbred necessity of human nature. The more we can anticipate the course of events in the world in which we live, the better prepared we are to react to those events in a manner that can improve our lives.

Introspectively, we know that we have a limited capability to see much beyond our immediate horizon. That realization has prompted us, no doubt from before recorded history, to look for ways to compensate for this vexing human “shortcoming.” In ancient Greece, kings and generals sought out the advice of the oracle of Delphi before embarking on political or military ventures. Two millennia later, Europe was enthralled by the cryptic prognostications of Nostradamus. Today, both fortune-tellers and stock pickers continue to make a passable living. Even repeated forecasting failure will not deter the unachievable pursuit of prescience, because our nature demands it.

A key plot point in the history of our efforts to see the future has been the development over the past eight decades of the discipline of model-based economic forecasting. That discipline has embraced many of the same mathematical tools employed in the physical sciences, tools used by almost all economic forecasters, both in government and in the private sector, largely to build models that “explain” the past, and perhaps, as a consequence, make the future more comprehensible.

Risk taking and avoiding is at the root of almost all financial decisions.

I was drawn to the sophistication of the then-new mathematical economics as a graduate student at Columbia University in the early 1950s. My professors Jacob Wolfowitz and Abraham Wald were pioneers in mathematical statistics. But my early fascination was increasingly tempered over the years by a growing skepticism about its relevance to a world in which the state of seemingly unmodelable animal spirits is so critical a factor in economic outcomes.

John Maynard Keynes, in his groundbreaking 1936 opus, The General Theory of Employment, Interest and Money, set the framework for much of modern-day macromodeling. The Keynesian model, as it came to be known, to this day governs much government macroeconomic policy. Keynes’ model was a complete, though simplified version of how the major pieces of a market economy fit together. The class of models that today we still call Keynesian is widely employed in the public and private sectors, especially to judge the impact of various governmental policies on the levels of GDP and employment.

Keynes’s approach was a direct challenge to classical economists’ belief that market economies were always self-correcting and would, when disturbed, return to full employment in relatively short order. By contrast, Keynes argued that there were circumstances in which those self-equilibrating mechanisms became dysfunctional, creating an “underemployment equilibrium.” In those circumstances, he advocated government deficit spending to offset shortfalls in aggregate demand. Remarkably, more than seventy-five years later, economists continue to debate the pros and cons of that policy.

Economic forecasting of all varieties, Keynesian and otherwise, has always been fraught with never-ending challenges. Models, by their nature, are vast simplifications of a complex economic reality. There are literally millions of relationships that interact every day to create aggregate GDP, even for a relatively simple market economy. Because only a very small fraction of these interactions can be represented in any model, economists are continually seeking sets of equations that , while few in number, nonetheless are presumed to capture the fundamental forces that drive modern economies.

In practice, model builders (myself included) keep altering the set of chosen variables and equation specifications until we get a result that appears to replicate the historical record in an economically credible manner. Every forecaster must decide which relative handful of “equations” he or she believes most effectively captures the essence of economy’s overall dynamics.

For the most part, the modeling of the nonfinancial sectors of market economies has worked tolerably well. Vast amounts of research have increasingly enhanced our understanding of how those markets function. Finance, however, as we repeatedly learn, operates in a different leveraged environment where risk is of a significantly larger magnitude than in the rest of the economy. Risk taking and avoiding is at the root of almost all financial decisions. Nonfinancial business is more oriented to engineering, technology, and management organization.

Nonfinancial businesses do factor risk into all their capital investment and other decisions, but their principal concern concentrates on, for example, how many transistors can be squeezed onto a microchip and how to ensure bridges can safely carry the traffic load they are built to carry. But that is the application of quantum mechanics and engineering, where risk has been largely, though not wholly, removed from decision making. Synthetic derivative trading and other new activities in our financial sector have levels of risk many multiples greater than exist in the physical sciences, the critical body of knowledge that supports nonfinancial business.

Human nature has no role to play in how subatomic particles interact with one another. Our propensities related to fear, euphoria, herding, and culture, however, virtually define finance. Because finance importantly guides a nation’s savings toward investment in cutting-edge technologies, its impact on overall economic outcomes, for good or ill is far greater than its less than 10 percent share of GDP would suggest. Moreover, financial imbalances are doubtless the major cause, directly or indirectly, of modern business cycles. Finance has always been the most difficult component of an economy to model.

Spurred in the 1960s by the apparent success of the forecasting models of the Council of Economic Advisers (CEA) under Presidents Kennedy and Johnson, econometrics, as it came to be known, moved from the classroom to the forefront of economic policy making. By the late 1960s, econometric models had become an integral part of government and private policy making, and remain so to this day.

But the road forward for forecasters has been rocky. Simple models do well in the classroom as tutorials, but regrettably have had less success in the world beyond. No sooner had Keynes’s paradigm gained wide acceptance within the economics profession than the American economy began to behave in a manner that contradicted some of the core tenets of the so-called Keynesian models, including the thesis that a rise in unemployment reflected increased slack in the economy that would in turn lower the rate of inflation. Fore much of the 1970s, the unemployment rate rose, but inflation remained stubbornly elevated — a malady dubbed stagflation at the time. The forecasting tools that had made government economists seem so prescient a decade earlier now appeared flawed…

Most analysts and forecasters, both public and private, agreed with the view expressed by the Economist in December 2006 that “market capitalism, the engine that runs most of the world economy, seems to be doing its job well.” As late as the day before the crash, September 14, 2008, the outlook was still sufficiently equivocal that I was asked on ABC’s Sunday morning show This Week if “the chances of escaping a recession [were] greater than fifty percent.” With the crisis less than twenty-four hours away, conventional wisdom had not yet coalesced around even the possibility of a typical recession, to say nothing of the worst economic crisis in eight decades.

Moreover, even after the crash, in January 2009, the unemployment rate, then at 7.8 percent, was forecast by the chairman designate of the President’s Council of Economic Advisers to fall to 7.0 percent by the end of 2010 and to 6.5 percent by the end of 2011. In December 2011, the rate was 8.5 percent. What went wrong? Why was virtually every economist and policy maker of note so off about so large an issue?

My inquiry begins with an examination of “animal spirits,” the term John Maynard Keynes famously coined to refer to “a spontaneous urge to action rather than inaction, and not as the [rational] outcome of a weighted average of quantitative benefits multiplied by quantitative probabilities.” Keynes was talking about the spirit that impels economic activity, but we now amend his notion of animal spirits to include its obverse, fear-driven risk aversion.

I had long been aware of such “spirits” and their quirkiness; in 1959, as a young economist, I had my first taste of being impressively wrong in a public prediction when I worried in the pages of Fortune magazine of investors’ “over-exuberance” at what would prove to be very far from the top of a roaring bull market. The point isn’t that I and other economic forecasters didn’t understand that markets are prone to wild and even deranging mood swings that are uncoupled from any underlying rational basis. The point is rather that such “irrational” behavior is hard to measure, and stubbornly resistant to any reliable systematic analysis.

Ed. Note: Yesterday’s Daily Reckoning email edition featured a rare appearance by the ever-elusive Young Al Greenspan. Today’s issue featured the above piece from Old Alan Greenspan – excerpted from his forthcoming book, The Map and the Territory – and wondered aloud whether these two financial figures had any connection. Rumor has it the two are somehow related, but that’s never been proven, and so  the speculation continues… It’s important to get all the facts, of course, and that is exactly what The Daily Reckoning email edition provides. If you’re not getting it, you’re only getting half the story. Sign up for FREE, right here.

In 1987, Old Alan Greenspan or The Maestro emerged at 61 years of age as the Chairman of the Federal Reserve. He served in that post until 2006. Since then he has written two books: The Age of Turbulence and The Map and the Territory. Little is known about Old Alan Greenspan’s early life. Wild rumors say that he was the result of a government bioengineering initiative to build a better economic forecaster. Others contend that at one point, he was Young Al Greenspan. Both explanations are likely bunk.