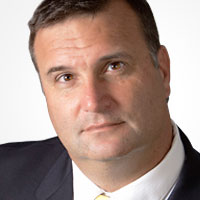 The Biggest Threat to the Gold Mining Industry

My friend Brent Cook is buying gold right now… But not for the reasons you’d expect.

Brent is no “doom and gloom” gold bug. He doesn’t think the dollar is going to collapse any time soon.

Brent simply knows the world is running low on gold… which could drive the price of his favorite stocks much, much higher.

He has unique insight into the gold business. He’s one of the best mining geologists in the world…and he spends an extraordinary amount of time visiting mines and analyzing mining data. He shares his thoughts in his Exploration Insights newsletter.

Last week, Brent told readers about the latest on a huge story happening in the gold business: Gold companies are spending enormous amounts of money to explore for gold…with little to show for it.

According to numbers from the world’s largest gold miner, Barrick Gold, the entire industry is having more and more difficulty finding new gold deposits.

Here’s how Brent summed up the situation…

Current global mine production is in the order of 85 million ounces per annum, whereas…the last time the industry found that many ounces in a year was 1999.

The years from 1850 through 1900 were incredible for gold discovery. That’s when prospectors found the giant goldfields in Australia, Canada, South Africa, Colorado, and California. However, the modern era of discovery didn’t begin until the 1960s.

Since then, we’ve scoured the planet for the “easy gold” — the stuff that sticks up out of the ground in relatively safe, functional countries.

But now, all of the “easy gold” has been found. (It’s a lot like the situation in oil, which I’ve told you about here.) Mining and exploration companies are still finding some good deposits… They’re just generally in inhospitable, remote, or downright scary places.

For example, one “top 10 in the world” deposit that I like, Seabridge Gold’s KSM Deposit, is a monster gold deposit… The only problem is that it’s in a far-off corner of British Columbia. To mine this deposit, the company needs to build a long tunnel…just to get the construction equipment in. I still like owning the stock. But it will take billions of dollars of capital investment to develop the deposit.

Another monster gold and copper deposit, Alaska’s Pebble Deposit, is next to a pristine wildlife area. This creates just as large a hurdle as a lack of roads.

Plus… The costs of gold production (things like fuel, labor, and infrastructure) has more than doubled from 1997 to 2009. The price tag to build a new mine these days can run into billions of dollars. The mine must be able to repay that cost within a year or two and then produce a reasonable return on the investment. The huge upfront costs set the bar high in terms of the size and quality of deposits that big gold companies are willing to pursue.

This just means the highest-quality, large, undeveloped gold deposits in the world are getting increasingly valuable. As $1,500-plus gold sends a surge of profits into the coffers of big gold miners, you’ll see fat premiums paid for great projects.

Mining giant Newmont paid a big premium in 2010, when it spent $2.3 billion to acquire junior explorer Fronteer Gold. One day, Fronteer was worth about $10 per share. The next day, it was worth $14. Investors doubled their money in a few weeks on that deal.

In sum…the world is running low on gold. The “easy gold” has already been found. That’s why Brent is scouring the world looking for great gold projects…

Right now, he’s a fan of investing in deposits in Mexico… Although you hear lots of negative “gang related” headlines from mainstream media sources, Mexico is actually a great jurisdiction for miners. And he’s made good money by owning shares of Almaden Minerals, which is exploring a promising gold project called Ixtaca.

Potential deposits like that aren’t easy to find… But they’ll be worth hundreds of percent more in the coming years.

Matt Badiali,
for The Daily Reckoning

Matt Badiali is the editor of the S&A Resource Report, a monthly advisory focused on investments in energy, metals, and other natural resources. Over the years, Matt has recorded an incredible list of triple-digit winners, like Northern Dynasty Minerals (322%), Silver Wheaton (345%), and Jinshan Gold Mines (339%), among many others.