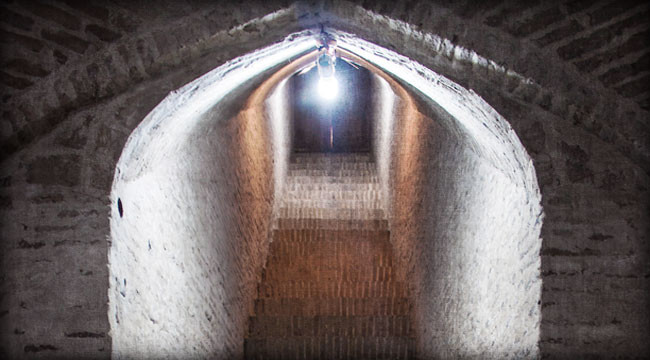 The Basement Beneath the Wage Floor

[This article originally appeared in Laissez Faire Today on February 15, 2013]

There are certain sounds that tend to make people crazy. Think of nails on a chalkboard. An infant screaming nonstop on a long flight. A piercing whistle that won’t go away.

Now we need to add another: a U.S. president who thinks he can legislate high wages into law. For anyone who knows the basics of economics — not distorted by a bogus central-planning mentality — hearing this is like torture. It’s painful. It makes you crazier and crazier until you finally want to yell, “Make it stop!”

This is how I felt when President Obama said the following:

“Let’s declare that in the wealthiest nation on Earth, no one who works full time should have to live in poverty, and raise the federal minimum wage to $9.00 an hour. This single step would raise the incomes of millions of working families.”

Why stop there? Let’s also declare that everyone should make $9,000 or $9 million per hour. If all that stands between us and total riches is the word of a president and an action by Congress, let’s get on with it!

Does Obama really not get what’s wrong with this approach? I’ve long disagreed with him, but I’ve never really thought he was ignorant. But even from the earliest interviews I’ve read, he does seem to have a tin ear on economic topics. He doesn’t seem to get where wealth comes from. He doesn’t seem to understand how prices work. And now we can be certain that if he understands how wages work, he isn’t willing to let on.

Of course, he could also be lying. It wouldn’t be the first time a politician did that.

Much of the current problem with youth unemployment is due to the high minimum wage increases we’ve seen over the last five years. When the crisis hit in 2008, the minimum wage was $5.85. Lots of jobs got shaken up. Low-wage workers hit the road. When things settled down again, they went knocking on doors. The next year, they found that it was illegal to accept a wage less than $7.25. And we wonder why so many people are unemployed? It’s not a mystery. The huge increase in the wage floor is not the whole reason, but it is a contributing factor.

A wage floor of any sort traps people in the basement. The higher the floor, the larger the basement. Today, millions are rattling around down there, unable to find their way out. And now the U.S. president, in the name of creating jobs, wants to make more of the unemployed more permanently unemployed.

I feel a particular frustration with this issue, and it’s not because of the economics texts I’ve read alone.

My first real job was working maintenance at a department store. I was 15 (yes, I lied about my age; you could do that back then). My job was to clean toilets, crush boxes, pick pins out of the dressing room closets, wax the floors in the china shop, vacuum the place, and shine the glass.

It was a great job. I mean, truly great. I loved it because it was a hugely important job. If I didn’t clean the bathrooms well and replenish the toilet paper and towels, customers the next day might be grossed out and never come back. I played a big role in ensuring the profitability of this store.

I especially loved my co-worker. His name was Tad. The department store would close, leaving just the two of us to have so much fun doing all this wonderful work. We would sing together, thrill to the danger of the wax machine, gross out at the mucky bathrooms, and just have that wonderful feeling that comes with having a real work partner.

You see, Tad was not a normal kid. He had some physical deformities. His face was oddly shaped and had what looked like a large stain on half of it. He couldn’t move around that well, really. I had to help him and assign tasks carefully. He was also mentally retarded. He spoke in a muffled way, and you had to be very clear about instructions.

But I tell you what, when he was happy, it made me happy. To see that big smile come across his face when I would praise the way he shined up a counter just gave me a huge lift.

One day, a poster appeared in the workroom. It was from the Department of Labor. The minimum wage was going up by 50 cents. Tad pointed the sign out to me. He said, “Look, we are getting a raise!” I was a bit suspicious. I was pretty sure that the boss was the one who set the wage, not some weird distant government thing. I didn’t quite believe it was true. Still, I was happy that he was happy.

The next day, I showed up at the usual time after school. I was getting the mop ready, running hot water in the pail and prepared to do the thing. Tad wasn’t there. I asked the boss, “Where’s Tad today?”

Well, he explained that he had hired Tad only because he was a boy he knew from church. He needed work. He knew that he would require a lot of help, which was one reason he was excited that I was able to work with him. In the end, he said, this was charity, because he knew that I could do the job by myself. It worked for us to be together so long as he could afford it, but this new minimum wage changed things. The store’s profit margins were very thin, and he had to make a hard decision.

The long and short of it: Tad had to be let go.

I was devastated. I stared at the Department of Labor sign again. Cursed thing! That sign just ruined a kid’s life. It stopped a great act of charity. And look what it did to me. I now had to work alone.

Management left, the lights dimmed, and I heard the familiar click of the doors leading to the outside. I would have to clean alone today. I did all the tasks I had to. But there was no more music, no more laughter, no more clowning around, and no more beautiful smiles. Tad was somewhere else, probably at home, confused and sad.

He died a few years later.

This is what the minimum wage means to me. So you can say that I have a vendetta. When the president announces that he is raising wages to make everyone better off, I can’t help but think of the millions of Tads that will lose that opportunity to do wonderful things in this world and with their lives.

Ed. Note: Jeffrey’s take on the minimum wage is just one example of his musings on everything from free markets to taxation to personal liberty. And it’s his writings that, in part, fuel the entire Laissez Faire Today newsletter – a free service for liberty-seeking individuals who understand the dangers of government intervention. Sign up for FREE, right here, and start learning how to live a freer, happier and healthier life than you ever thought possible.

Markets Are Trapped in “Zombie-like” State

“Free” markets are on hold until their central planner weighs in on Dec. 13… “Heads I win, tails I don’t lose”…