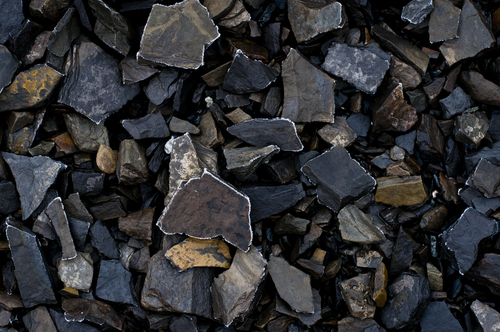 Finally! Something happened recently that had nothing to do with interest rates, monetary policy, or the currency wars!

Australia’s Linc Energy’s announced that there could be a whopping $20 trillion worth of oil locked in Australian oil shale formations. The geology looks promising. That is, there is probably oil, or something very much like it trapped in the Ackargina Basin in South Australia.

However, as any non-greenhorn resource investor knows, estimated resources are not the same thing as proven reserves. Reserves are what you can extract economically. Resources are what may be in the ground…or maybe not. There’s a big difference.

We’re particularly interested in the story because we’ve been personally following it for almost eight years now. In 2005, your editor paid a trip to Shell’s Mahogany Ridge project in western Colorado. There were no other analysts or media on that trip. Instead, the “research team” consisted of a handful of mayors from surrounding towns wanting to know what Shell was up to, if jobs were coming, and what effect the operations would have on local power and water.

Back then, it was “obvious” to the experts that there would be no oil produced from shale — either through unconventional in situ production or conventional retorting — for a long time, if ever. But then horizontal drilling and hydraulic fracturing came into the picture and changed everything. Just like that, the American shale gas boom was underway.

Later, the same technology that unlocked trapped gas in shale was used to extract oil. Peter Bond, Linc’s CEO, is saying the same thing can happen here in Australia — which is why Linc’s shares have already doubled this year.

Whether it should happen in Australia is an entirely different matter. It’s a geology question, an investment question, and a public policy question. But at the very least, it shines a light on the companies already moving towards commercial extraction of shale gas from the Cooper Basin.

There’s a larger and more interesting point here for global resource investors. When you invest in a share market dominated by resources shares, there is always the possibility of a news-driven event driving a single stock or sector higher — no matter what’s going on in the market or the world.

When a company finds oil in the ground, it has nothing to do with Japan’s trade deficit. Or when an ore grade turns out to be higher than expected based on drill results and lab analysis, nothing the Federal Open Market Committee says that day can change the geology of a big find. This dynamic means you always have the potential of major stock-moving news that has nothing to do with the economy’s headlines of the day.

The same principal operates in the tech and biotechnology sectors: breakthrough technologies arrive whenever they arrive, driving stocks higher on the strength of the news, not the strength of a market trend.

Of course, Australia isn’t exactly a laboratory for publicly-listed breakthrough technologies. So in general, Aussie investors have to get their news-driven breakthroughs in resource stocks, not technology stocks.

The entire unconventional energy sector of Australia could be on the cusp of a great, US-style boom. This would be great news for resource investors.