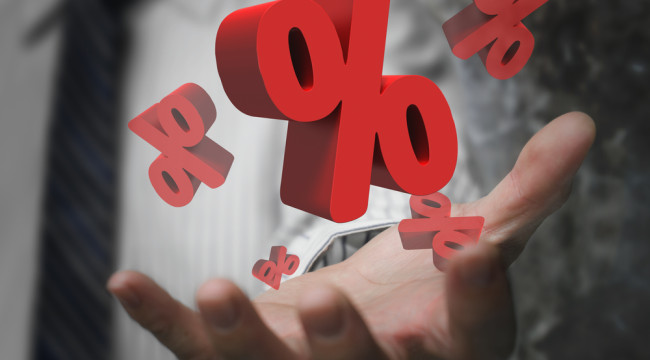 That’s that — no COLA for you next year, if you collect Social Security.

The wonks at the Bureau of Labor Statistics regaled us first thing this morning with their latest consumer price index. It fell 0.2% in September. Year over year, it’s flat.

Moments after the BLS issued its report, the Social Security Administration confirmed what we forecast three months ago — no COLA for 2016.

At the risk of repeating ourselves, any resemblance between the CPI and your own cost of living is purely coincidental.

John Williams at Shadow Government Statistics runs the inflation numbers the way the government did during the Carter administration — when inflation raged north of 10%. He says this morning the year-over-year increase works out to 7.6%.

How did the numbers stray so far from reality during the ensuing 35 years? It started with one of those “bipartisan blue-ribbon panels” the government forms now and then to “solve” urgent problems. In this case, the Greenspan Commission was named by President Reagan to fix Social Security’s looming insolvency.

One of the panel’s solutions was to jigger the way inflation was measured. A lower inflation rate means a lower COLA — which buys more time before Social Security goes broke.

Pardon us if you’re already familiar with the methods used to rig the numbers, but if you’re a newer reader, you might find methods like these and the “reasoning” behind them rather eye-opening…

How times have changed: A decade ago, it was only cranky newsletter editors who deigned to suggest the government’s inflation numbers were rigged. “Respectable” journalists and think-tank types suggested the likes of us be outfitted for tinfoil hats.

Now those very same journalists and think-tank types are coming around: “Inflation has fallen sharply over the past year mainly because of a plunge in gasoline costs,” says a no-COLA dispatch this morning at MarketWatch. “Yet while all Americans benefit, seniors tend to drive less and not save as much because of cheaper gas.”

Also not buying into the BS is an outfit called Social Security Works: “You would be hard-pressed to find a senior who has not seen the cost of medical care, prescription drugs, food and other necessities go up,” writes its co-founder Nancy Altman at Huffington Post. “The shortcomings of the measure for Social Security are obvious.”

Ms. Altman belongs to the crowd that insists Social Security isn’t going broke. We disagree strongly on that score — David Stockman figures it has only until 2026 before payments have to be slashed — but there’s no arguing about understated inflation.

And then there’s the Medicare screw job that results from the flat COLA — something we mentioned last month.

Under the law, if there’s no COLA in a given year, about 70% of Medicare recipients are spared the usual annual increase in Part B premiums.

But Medicare’s Part B costs keep going up… and it’s the remaining 30% of Medicare recipients who have to eat all of those additional costs. As a practical matter, that means a leap in Part B premiums from roughly $105 a month to $159 a month come January — even more if you have a high income.

The exact figures haven’t been announced yet. If you’re unsure whether you’re among the unlucky 30%, you can examine our original expose.

Don’t expect a quick fix from Congress — not when they’re still at loggerheads over the debt ceiling.

This morning, the Treasury moved up the drop-dead date when Uncle Sam might default on a debt payment — it’s now Nov. 3.