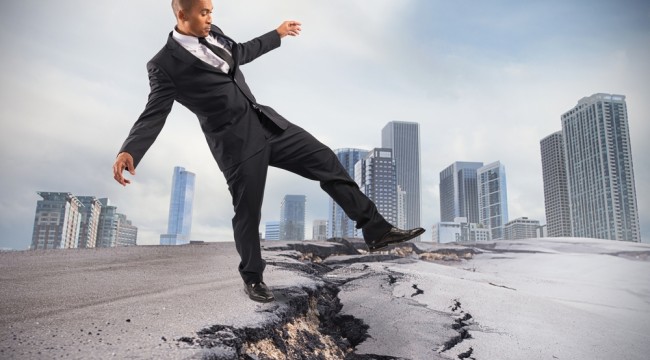 Safe On The Sidelines - 475 Days And Still Counting

On December 28 we laid out the reason why the Wall Street casino should be avoided at all hazards in a post entitled “Safe On the Sidelines—-405 Days And Counting.” We referred to the fact that the S&P 500 had first crossed that day’s close at 2052 in November 2014, and had vibrated sideways ever since.

We are still counting.

After today’s carnage the number has risen to 475 days, but our belief that the stock market casino has just begun its descent has only been further reinforced. 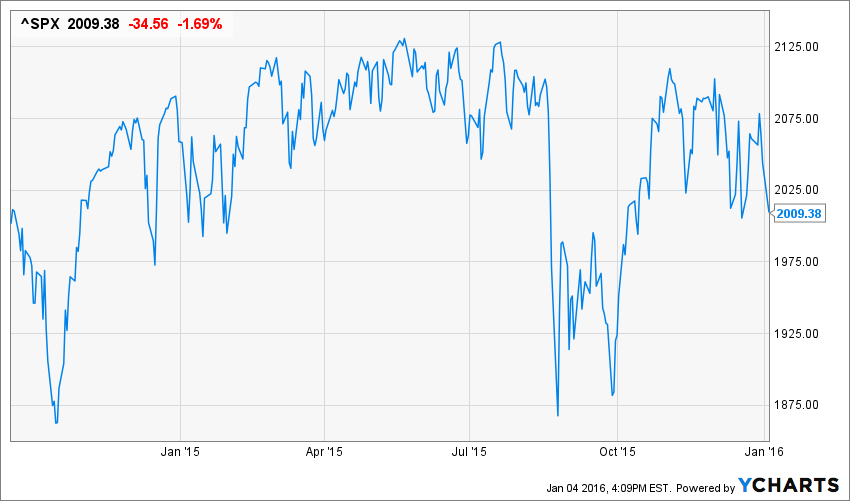 We are now witnessing the collision of a lifetime.

The Fed and the other central banks are out of dry powder—-stranded on the zero bound and impaled upon a $19 trillion/10X eruption of their collective balance sheets. At the same time, after two decades of runaway credit expansion and bubble finance speculation the inexorable global deflation is now gathering visible steam.

On top of that the fundamental mechanic of the Fed’s phony bull market is rapidly breaking down. That is, the buy-the-dip run of more than six years is over and done.

The remaining Cool-Aid drinkers are getting punished time after time as they buy the short lived spasms of a dying bull——-33 false starts since the market stopped rising at the end of QE a year ago October. Presently the flagellations will stop, however, as the fast money pivots like it always does and stampedes to the sell side of the market.

Today the stock market had is worst annual open in decades, and for good reason. Overnight there was one more indication that the great Red Ponzi of China is heading for a crash landing.

Yet the $30 trillion debt mountain of China—standing 60X taller than it did only two decades ago—-is the lynch bin of the entire credit-bloated and malinvestment-ridden GDP of the planet. As China succumbs to the end of its credit bubble, the economic shock waves cascade across the global economy.

It is no accident, for example, that South Korea’s exports are now down 15% on a Y/Y basis or that Brazil is plunging into a near depression.

As we have also insisted, the idea that the US economy has decoupled from the deflationary tides washing through the global economy is just plain Wall Street poppycock.

And today we got one more piece of evidence to that end. In the very quarter that the Fed finally got around to a pinprick increase in the money market rate after 84 months on the zero bound, the Atlanta Fed projected GDP growth of just 0.7% for the 4th quarter based on the most recent economic releases. 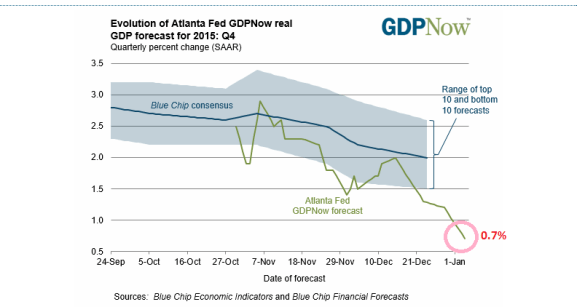 In terms of the fundamental economic and financial rot now coming to the visible surface, the analysis we presented last week is even more timely now.

P.S. Be sure to sign up for David Stockman’s Contra Corner —the only place where mainstream delusions and cant about the Warfare State, the Bailout State, Bubble Finance and Beltway Banditry are ripped, refuted and rebuked. Click here and subscribe to receive David Stockman’s latest posts by email each day as well as his personally curated insights and analysis from leading contrarian thinkers.