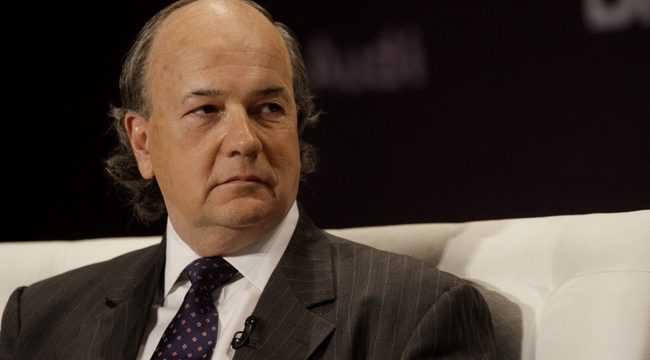 On Wednesday the Fed will be announcing another rate hike. The only question is how big will it be?

The market consensus forecasts a 75-basis-point increase, which I happen to agree with.

Regardless, the Fed is tightening into weakness. For the economy and the stock market, that means a bumpy ride is ahead — and maybe a very bumpy ride.

First of all, it’s highly likely that the U.S. economy is in a recession today. The shorthand definition of a recession is two consecutive quarters of declining GDP (although some other factors such as unemployment are also taken into account).

The U.S. economy contracted by 1.6% in the first quarter of 2022. The best estimate of second-quarter growth (from the Federal Reserve Bank of Atlanta) shows another decline of 1.6%.

That data alone indicates the U.S. is in a recession now; the official report on second-quarter GDP will be released Thursday.

But let’s assume for the sake of discussion that the report shows a slight Q2 GDP gain and that the economy avoids the textbook definition of recession. Well, even if the economy is not technically in a recession, growth is unquestionably weak to negative, and the U.S. is likely to be in a recession later this year either way because of continued monetary tightening by the Fed.

The Fed has raised interest rates to 2.25% in a matter of five months (including a 0.75% rate hike expected this week) and is on track to raise rates to 3.75% or higher before year-end. That’s the fastest rate-tightening cycle since Paul Volcker’s Fed in the early 1980s.

In addition, the Fed began reducing its balance sheet last month. It only ran off about $47 billion, but that figure is expected to reach $95 billion in August.

But the real question is is the Fed tightening even more than it realizes?

I’m not normally one to cite the Council on Foreign Relations, but I think their analysis is spot-on. Here’s an extensive excerpt from a recent article explaining how the Fed is dramatically underestimating the amount of tightening its balance sheet reductions will cause:

Powell has said that the monetary impact of balance sheet reduction is very uncertain; that there are only “rules of thumb.” Fed staff, however, have tried to quantify it. Using a theoretical model, they estimate that the $2.1 trillion in balance sheet runoffs scheduled through September 2024 will raise 10-year Treasury yields by 60 basis points. And that increase, they further calculate, will have roughly the same monetary-tightening effect as raising the short-term policy rate by 56 basis points.

We’ve compared the output of the Fed staff’s model with actual empirical findings — findings obtained by an earlier group of Fed researchers. According to that earlier study, it takes a whopping 240bp rise in the policy rate to produce a 60bp rise in 10-year rates. If this relationship is correct, it means that the Fed’s total projected balance sheet runoffs will produce a tightening equivalent to hiking the policy rate by 240bp, and not 56bp…

We put more credence in this earlier Fed estimate specifically because it measures the relationship among actual historical data, and is less subject to the “significant uncertainty,” which the later Fed study acknowledged in its modeling.

If we are right, then, Powell, whose thinking is clearly being guided by the later study, is underestimating the tightening impact of balance sheet reduction by a factor of four.

A Shot to the Solar Plexus

You don’t have to worry about the technical aspects of this analysis. The key takeaway here is, to repeat, the Fed may be underestimating the tightening impact of balance sheet reduction by a factor of four.

That’s a shot to the solar plexus for both the economy and the stock market. So we have a one-two punch of rate hikes and balance sheet reductions that will slam the U.S. economy and send stock markets down sharply in the days ahead. That’s not what the Fed wants, of course, but that’s what they’re going to get.

Powell is downplaying the balance sheet reductions. But when the Fed started QT in late 2017, they urged market participants to ignore it. They said the QT plan was on autopilot, the Fed was not going to use it as an instrument of policy and that it would “run on background” just like a computer program that’s open but not in use at the moment.

It was fine for the Fed to say that, but markets had another view. Not surprisingly, we had the Christmas Eve Massacre in December 2018, and Powell was forced to begin easing policy again.

The bottom line is tightening policy in a weak economy is almost certainly a recipe for a recession and a stock market crash.

When the recession does arrive, the Fed will have little “dry powder” to fight it. The Fed needs rates to be at least 3%, and preferably higher, when recession begins. That gives it plenty of room to cut rates back down to zero.

If the Fed ratchets rates to 3.75% by the end of the tightening cycle, that only leaves it 0.75% (or 75 basis points) to work with. And that’s not nearly enough ammunition.

But recession will hit long before the Fed can get rates that high — if we’re not in one already — so cutting rates won’t be much help.

Eventually the Fed will reverse course with rate cuts and a renewed policy of quantitative easing. But by then, it’ll be too late. They will have already caused the recession.

It’ll be just another trip on the merry-go-round of easing, followed by tightening, then a severe economic and market downturn, followed by more easing, etc.

Unfortunately, the Fed can’t get off the merry-go-round because every market intervention it engages in leads to another intervention to address the consequences of the previous one.

It’s a never-ending cycle and we’re all along for the ride.