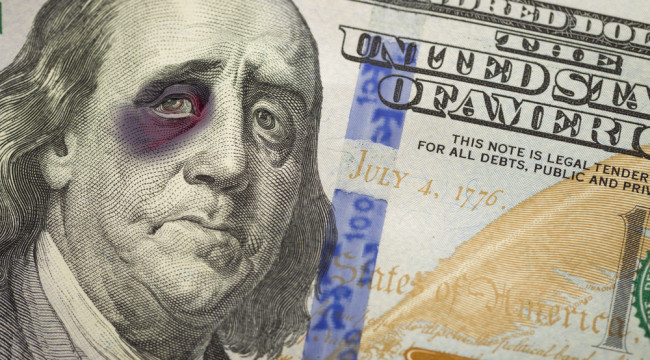 More Proof That America Is Toast…

Here’s something that should scare the hell out of you, but it doesn’t surprise me at all…

A recent Harvard University poll of young adults between ages 18 and 29, found that 51% do not support capitalism.

But it’s not just Millennials…

A subsequent survey of people of all ages found that the only respondents with a majority in support of capitalism in the U.S. were those 50 years old and over.

That’s bad news for the future of free enterprise in America.

So if capitalism is headed to the morgue here in its former hotbed, is there hope for its survival anywhere else?

Today, I am in Taipei, Taiwan. No doubt the Taiwanese people understand money and commerce. They’re driven by economic excellence.

This small island nation of 25 million people has built itself into an economic power.

But I want you to head a little farther south down the South China Sea with me… to a country with 90 million people… a country that brings forth bad memories for some Americans.

The topic today is not war, however, but money… and capitalism.

It might surprise people, but I spend much of my time in Ho Chi Minh City, Vietnam (Saigon as it’s still known), and when there I can see dozens of construction cranes outside my windows. And that’s just in one slice of the city.

Most Americans still think of Vietnam as a dreary place where war and communist dogma reigns… keeping the country economically underwater. But that’s pure propaganda, divorced from current reality.

I know. I see it firsthand. Vietnam is flat-out booming.

Those 90 million people I mentioned… 45 million are under the age of 30. Youth and energy rule in Vietnam.

And guess what? There is no safety net. No one takes care of you. Hustle or die.

And the growth numbers back that hustle attitude.

There are more than 40 million Internet users in Vietnam and 30 million smartphone users. Those figures have increased tenfold in less than a decade.

The Vietnamese have higher math, science and reading scores than their peers in the U.S. and U.K.

That’s brought in multinational companies like Samsung and Intel that have opened offices here because of these young, well-educated workers and generous tax incentives from the communist government.

These advancements have made Vietnam one of the fastest-growing markets in the world over the past two decades.

And it’s made the Vietnamese people more pro-capitalist than Americans.

A recent poll by the Pew Research Center found that 95% of Vietnamese surveyed now support capitalism.

Let that sink in for a moment. The citizens of communist Vietnam have a higher regard for capitalism than U.S. citizens.

You see, what many Americans don’t realize is that as rigged crony capitalism led by the Deep State chokes out growth in the U.S., opportunity abounds in many parts of the world – especially Asia.

In fact, in the decades to come, Asian middle classes are on course to double in size… and maybe even triple, while the West will stagnate.

Teach your kids Mandarin as their best piece of education?

To find this success, though, you need to open your mind and break free from thinking that America is the center of the universe.

Because the future is taking shape outside America’s orbit.

That’s something my podcast guest this week knows very well.

His name is Simon Black, and he’s an investor, entrepreneur and the founder of Sovereign Man.

He’s devoted his life and businesses to looking outside the U.S. for opportunities to grow and protect more of your own hard-earned money from exposure to America’s failing system.

In today’s podcast, Simon talks about simple, concrete steps you can take to protect your family and assets from the threats we face.

It may sound like doom and gloom. But ultimately, Simon’s story is one of hope and new opportunity.

As always, I want your uncensored comments. Email me at coveluncensored@agorafinancial.com.