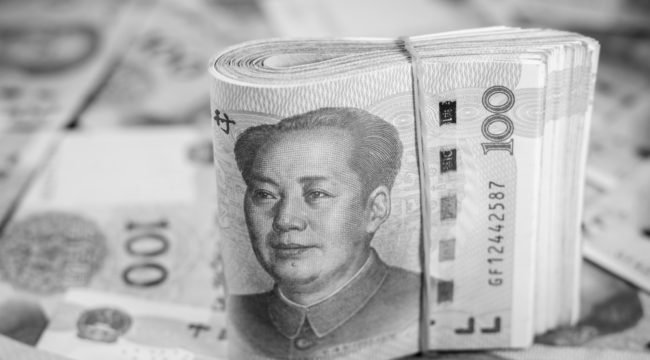 Huzzah and hooray. It’s Labor Day weekend. When Americans will flock to the beach… to the lake… to the mountains. When the kids enjoy their last days of freedom…

And when the dollar dies?

The world’s 20 leading economic powers will powwow this Labor Day weekend in the lovely lakeside city of Hangzhou, China.

Few Americans will notice. Fewer will care. But they might wish they had one day…

Jim Rickards says that in a few years, “People will look at [this weekend] and see it for what it is: the end of the dollar… That was the turning point for the dollar, and we didn’t see it at the time.”

The IMF officially adds the Chinese yuan to its basket of currencies later this month, Sept. 30. Then it becomes part of the IMF’s own currency, the special drawing right (SDR). You may prefer a more sinister term: world money. (See below for more on SDRs.)

But Jim says this weekend’s G-20 gabfest actually represents China’s “coming out party.” It’s when China says, “We are an equal partner, maybe more than the equal partner of the United States of America and Europe. They will no longer dictate the world’s financial system.”

And he’s not alone in that view…

The New York Times says that with this weekend’s G-20 summit, China is “determined to show the world that it is an equal partner in one of the most exclusive clubs of wealthy nations… that the world’s second-largest economy after the United States deserves a bigger role in global governance.”

Zhu Jiejin, associate professor of international relations at China’s Fudan University, translates its real meaning: “Hosting the G-20 offers a significant opportunity for China to become a rule maker rather than a rule taker.”

Not for nothing does China call itself the “Middle Kingdom.” Rule-taking never sat very well with China. Chinese traditionally refer to foreigners as “barbarians.” No, the Middle Kingdom makes the rules. Others follow them.

And Jim Rickards says the symbolism and the visuals this weekend will be spectacular: “Other world leaders will metaphorically kowtow to the new Chinese emperor and recognize China as the co-head of the global monetary system alongside the U.S.”

The new monetary machinery is already getting cranking…

Just this Wednesday, the World Bank issued landmark bonds denominated in SDRs in the Chinese market. It was only the equivalent of $700 million. But China Daily says the World Bank is planning to issue a much larger wave of SDR bonds in China — up to $2 billion worth. Once they kick the tires a bit, more will certainly follow.

And Bloomberg tells us this morning that the Chinese yuan has nearly doubled its share of the global currency trade over the past three years. It was $120 billion in 2013. Now it’s $202 billion, making it the most actively traded emerging-market currency.

Being the most actively traded emerging-market currency might sound like being the highest hill on the prairie. And the yuan remains a mound to the dollar’s Matterhorn for now.