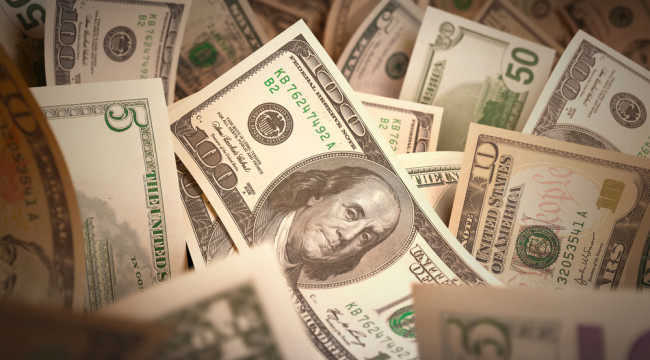 Our campaign to become the next Fed chairman was dealt a major setback on Friday, as reports washed over from Japan that President Obama was only days away from appointing rival Larry Summers to the post.

But wait. What’s this?

We’re back in the running!

But let’s look again at why Summers would be bad for the Fed.

Yes, Summers is smarter than we are.

Yes, he has a better academic record.

…we’re seeing the worst kind of “recovery” – a return to the bubbly imbecilities of the 2005-07 period.

Yes, he is a real economist.

Yes, he has widespread political support and a winning personality.

But beyond those things, studies find that people with lower IQs make better truck drivers than people with high IQs. Which puts the critical question right out in the open:

What kind of thing is running a central bank? And how smart do you have to be to be a successful central banker?

We’ll come back to those questions in a moment. First, let us note that last week was good for US stocks and bad for gold.

We’re starting to wonder if the trading patterns of August – sinking stocks and rising gold – were nothing more than that wily old Mr. Market messing with our minds again. We’ll have to wait to find out.

One thing we’re sure of is that we’re seeing the worst kind of “recovery” – a return to the bubbly imbecilities of the 2005-07 period. (Keep reading!)

Works of art are selling for astronomical prices. High-end palaces and antique cars are setting new records. Is this reckless money hitting the stock market too? Judging by soaring margin debt, the answer is yes. It could be breathtaking. It could be wild. It could be crazy…

Summers’ main selling point is that he is a genius. As a 25-year-old teacher at MIT, Summers convinced one of the great names in academic finance, Fischer Black, to go from being a leading proponent of efficient markets to one of the champions of its critics.

Black is most famous for his work on the Black-Scholes equation – widely considered to be one of the most important concepts in modern financial theory and used to determine the fair prices for options.

The same options were instrumental in monumental blow-ups – most notably at hedge fund Long-Term Capital Management, where the two recipients of the 1997 Nobel Memorial Prize in Economics, Myron Scholes and Robert Merton, sat on the board of directors.

After MIT, Black went on to work at Goldman Sachs. It too probably would have come crashing down in the crisis of 2008-09 had not then US Treasury secretary and former Goldman CEO Hank Paulson come to its aid.

Summers eventually moved out of academia… and into politics.

We don’t know if the White House ever gave Larry sufficient credit for his role in the deregulation of the derivatives markets.

Nor do we know if Harvard’s endowment ever gave Larry sufficient credit for his role in its $2 billion in losses on an interest-rate bet gone bad, either.

But all that is water under the bridge. Forgotten. Forgiven. History.

So is the inconvenient fact that Summers had no idea the global financial crisis was coming. You can read his public statements for yourself. He was as ignorant of the looming trouble as Ben Bernanke.

All of that is behind us. But what is ahead of us?

According to our friend Gillian Tett at the Financial Times, more of the same: “Insane financial system lives post-Lehman,” is the headline atop one of her recent articles.

“The bad news,” she continues, five years after Lehman Brothers went bust, “is that the system is just as insane – perhaps more so.”

The big banks are even bigger.

The rich are richer.

Fannie and Freddie are still at it.

And the system depends even more on central bank management.

So you see, the next Fed chief is likely to be an even greater threat to the financial health of the world than Ben Bernanke has been. Which brings us back to our question:

Not on the evidence!

Here’s a corollary question: Isn’t it possible that Larry Summers is too smart for his own good… and too smart for the good of the world economy?

Our view: Driving the financial system isn’t rocket science. It’s more like driving a truck. The idea is not to invent new theories and complex innovations. The important thing is not to run off the road!

Larry Summers? No thanks. He’s been in too many accidents already.

Bill Bonner
for the Daily Reckoning

Ed. Note: Bill can petition the president all he wants, we’re confident that the next Fed chairman will be the wrong person for the job. And when he or she is finally named, look out! The future of the U.S. economy is in serious jeopardy. Best to start protecting yourself now. Get the all the facts. Sign up for The Daily Reckoning, absolutely free, right now.