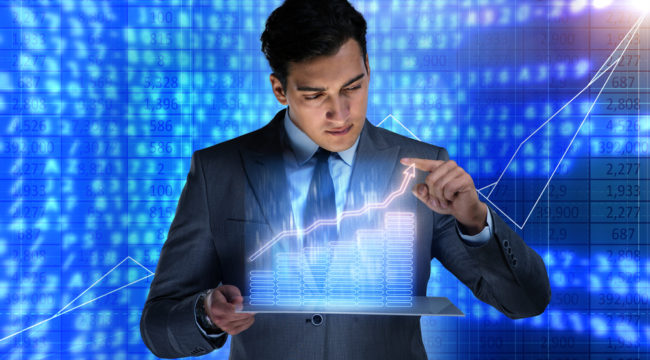 Investors Have Fallen Into a False Sense of Security

In January 2018, two significant market events occurred nearly simultaneously. Major U.S. stock market indexes peaked and volatility indexes extended one of their longest streaks of low volatility in history. Investors were happy, complacency ruled the day and all was right with the world.

Analysts blamed a monthly employment report released by the Labor Department on Feb. 2 for the debacle. The report showed that wage gains were accelerating. This led investors to increase the odds that the Federal Reserve would raise rates in March and June (they did) to fend off inflation that might arise from the wage gains.

Wages did rise somewhat, but the move was not extreme and should not have been unexpected. The Fed was already on track to raise interest rates several times in 2018 with or without that particular wage increase. Subsequent wage increases have been moderate.

The employment report story was popular at the time, but it had very little explanatory power as to why stocks suddenly tanked and volatility surged.

Markets are once again primed for this kind of spontaneous crowd reaction. Except now there are far more catalysts than a random wage report, despite last week’s optimistic GDP report.

We all know what’s happened to Facebook since last Friday. But look at the potential trouble from geopolitical sources alone…

The U.S. has ended its nuclear deal with Iran and has implemented extreme sanctions designed to sink the Iranian economy and force regime change through a popular uprising. Iran has threatened to resume its nuclear weapons development program in response. Both Israel and the U.S. have warned that any resumption of Iran’s nuclear weapons program could lead to a military attack.

Three faces of volatility, from left to right: Ayatollah Ali Khamenei, the spiritual and de facto political leader of Iran; Nicolás Maduro, the president of Venezuela; and Kim Jong Un, the supreme leader of North Korea. Iran and North Korea may soon be at war with the U.S. depending on the outcome of negotiations. Venezuela is approaching the status of a failed state and may necessitate U.S. military intervention.

Venezuela, lsed by the corrupt dictator Nicolás Maduro, has already collapsed economically and is now approaching the level of a failed state. Inflation exceeds 40,000% and the people have no food. Its inflation rate has now exceeded the hyperinflation of Weimar Germany.

Social unrest, civil war or a revolution are all possible outcomes. If infrastructure and political dysfunction reach the point that oil exports cannot continue, the U.S. may have to intervene militarily on both humanitarian and economic grounds.

North Korea and the U.S. have pursued on-again, off-again negotiations aimed at denuclearizing the Korean Peninsula. While there have been encouraging signs, the most likely outcome continues to be that North Korean leader Kim Jong Un is playing for time and dealing in bad faith. The U.S. may yet have to resort to military force there to negate an existential threat.

This litany of flash points goes on to include Iranian-backed attacks on Saudi Arabia and Israel, a civil war in Syria, confrontation in the South China Sea and Russian intervention in eastern Ukraine. These traditional geopolitical fault lines are in addition to cyber threats, critical infrastructure collapses and natural disasters from Kilauea to the Congo.

Investors have a tendency to dismiss these threats, either because they have persisted for a long time in many instances without catastrophic results, or because of a belief that somehow the crises will resolve themselves or be brought in for a soft landing by policymakers and politicians.

These beliefs are good examples of well-known cognitive biases such as anchoring, confirmation bias and selective perception. Analysis tells us that there is little basis for complacency. Yet the VIX is back near all-time lows as shown in Chart 1 below.

With this litany of crises in mind, each ready to erupt into market turmoil, what are my predictive analytic models saying about the prospects for an increase in measures of market volatility in the months ahead?

They’re saying that investor complacency is overdone and market volatility is set to return with a vengeance. Even with the Facebook blowup and trouble in the tech space, VIX is just above 13.

Changes in VIX and other measures of market volatility do not occur in a smooth, linear way. The dynamic is much more likely to involve extreme spikes rather than gradual increases. This tendency toward extreme spikes is the result of dynamic short-covering that feeds on itself in a recursive manner — or what is commonly known as a feedback loop.

The problem is that every now and then a flash flood does hit the desert.

When we consider recent financial catastrophes affecting U.S. investors only, without regard to other types of disaster, we have had major stock market crashes or global liquidity crises in 1987, 1994, 1998, 2000 and 2008.

Investors expect that the future will resemble the past, that markets move in continuous ways and that extreme events occur rarely, if at all.

These assumptions are all false.

The future often diverges sharply from the recent past. Markets gap up or down, giving investors no opportunity to trade at intermediate prices. Extreme events occur with much greater frequency than standard models expect.

When they do strike seemingly from nowhere, like fire in a crowded theater, everybody panics and a wave of selling feeds upon itself.

The trouble is, most investors will never make it out of the theater in time.