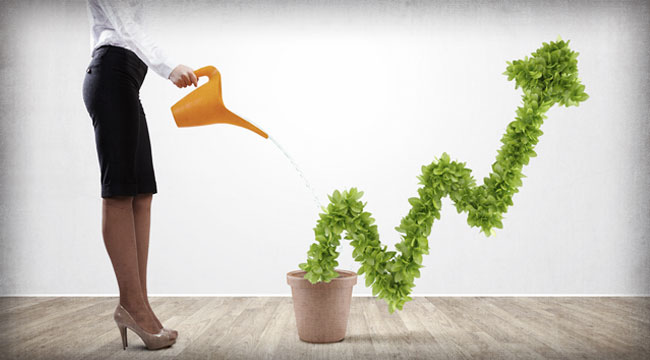 How to Grow Your Wealth by 60% Overnight

I begin with a strange excerpt from the Financial Times:

“Nigeria made a play for recognition as Africa’s biggest economy by changing the way it calculates its gross domestic product. Thanks to the change, the country’s GDP almost doubled, to $509 billion.”

Turns out such changes are not uncommon.

And one night in 1987, Italy’s economy grew 20%. It passed the U.K. and became the fifth-largest economy in the world. “A wave of euphoria swept over Italians,” The New York Times reported at the time.

Today, we take another look at that abstraction called GDP, or gross domestic product — to which far too many investors pay far too much attention. That little figure has quite a history and many problems. To admit a bias, I despise the little bastard.

Diane Coyle is one who does not. Her book GDP: A Brief but Affectionate History inspires this letter. Coyle’s fascinating 140-page book was one of the freebies at Grant’s Spring Investment Conference in New York, and I read it on the train ride home.

Essentially, GDP aims to be a summary of the output in an economy in any year. It gives, proponents say, a measure of size and growth.

I say let’s ditch GDP. It’s not a bright light in the fog. It is the fog.

It had an ignoble birth.

“GDP is one of the many inventions of World War II,” Coyle writes. I should’ve known. War, of the quartet of infamous horsemen, motivated the first attempts to systematically measure this thing called an economy.

The first stirrings came earlier, in 1665. War was the impetus then too. William Petty tried to assess England and Wales’ ability to fight and finance the Second Anglo-Dutch War. Petty wanted to show that the country could suffer more taxes to take on Holland and France. Another early attempt by an Englishman has a title that makes its aim clear: An Essay Upon the Ways and Means of Supplying the War.

In the U.S., it was the Great Depression that spurred efforts to get a clearer picture of the economy. The goal was to aid the government in figuring out a way to end the slump. Simon Kuznets won a Nobel Prize for his work during this time. Coyle writes:

“His first report, submitted to Congress in January 1934, showed that America’s national income had been halved between 1929-32. Even in those depressed times, the report was a best-seller, at 20 cents a copy, and the first print run of 4,500 copies quickly sold out.”

President Roosevelt cited the figures when he launched his recovery program. GDP, then, has been the handmaiden to both war and government expansion. I would argue that has not changed to this day.

What has changed is the math behind the number itself. There was a time, for example, when defense spending was actually subtracted from GNP (which was GDP’s predecessor). But that didn’t work because… well, check out this bit, which Coyle quotes from an official history:

“The assessment was overly grim because national income fell short of the total market value of goods and services produced, of which defense spending was a component… By including all government purchases as part of national products, the GNP statistics established the role of national government in the economy as that of an ultimate consumer…”

So they didn’t like the story the number told and changed it. This is one of many moves over time. The inclusion of military spending as a positive was also an important shift in thinking. As Coyle writes, “For two centuries, ‘the economy’ was the private sector.” No longer. Now the more the government spends, the more the economy grows, according to GDP.

This sort of gets us to the question of what to count and how to count it. Problems abound.

Then there are currency adjustments that foul things up mightily. In 2007, the World Bank lopped off 40% from China’s GDP because of currency adjustments. That wasn’t even the biggest change. Ghana lost 52% of its GDP that year. Yet I’m sure the workingman in Ghana woke up that morning and found his life hadn’t changed a bit…

But the real story of GDP, to me, is how political it has become.

This gets us back to those big jumps in GDP that I started with. In fact, Coyle opens her book with the story of Andreas Georgiou, head of Elstat (Greece’s official statistical agency) facing criminal charges and a parliamentary inquiry. She writes:

“His crime? Trying to produce accurate statistics on the Greek economy after decades during which official statisticians had massaged figures at the behest of politicians.”

Greece needed loans. Getting them depended on meeting “tough targets for reducing how much the government was spending and borrowing.” So they made up the numbers to get the loans.

I’m reminded of what Herodotus once wrote of the Persians: “To tell a lie is considered by them the greatest disgrace, and next to that to be in debt… especially because they think that one in debt must of necessity tell lies.”

So now you understand the game afoot.

Now you know why countries fiddle around with their GDP. They have… motives. They want loans, as in the case of Greece. Or they want aid, as in the case of certain African countries. Richer countries play the game too. All governments use GDP to show a certain picture to their electorate or to potential investors.

Nonetheless, Coyle comes to a charitable conclusion at the end of the book. She writes that “we should not be in a rush to ditch GDP,” and says it has its points. “GDP does a good job of measuring how fast (or not) the output of ‘the economy’ is growing,” she writes, “and GDP growth is closely linked to social welfare.”

She acknowledges the challenges and shortcomings, but still has warm words for her troublesome protagonist. “At present, we are in a statistical fog,” she concludes, “[but] GDP, for all its flaws, is still a bright light shining through the mist.”

I beg to differ.

GDP is an abstraction too far removed from reality. Yet people make real-world policy on this fantasy as well as a witch’s brew of sister concoctions. We look to boost GDP or lower the unemployment rate or manage inflation through the CPI.

This reminds me of what Paul Goodman once wrote about how the machine starts to run for its own sake. These things replace the reality they tried to represent. So GDP goes up even though the quality of life has gone nowhere; the unemployment rate falls, but tens of millions can’t find work and stop looking; and inflation is low even as people find their expenses going up.

I say let’s ditch GDP. It’s not a bright light in the fog. It is the fog.

P.S. You should subscribe to receive The Daily Reckoning in your inbox everyday. If you had been signed up already, you would’ve not only received my essay… but detailed notes on what’s happening in the market and the economy. You’re limiting the content you have access to by 50% by not subscribing. Simply click here to sign up for FREE, right now.