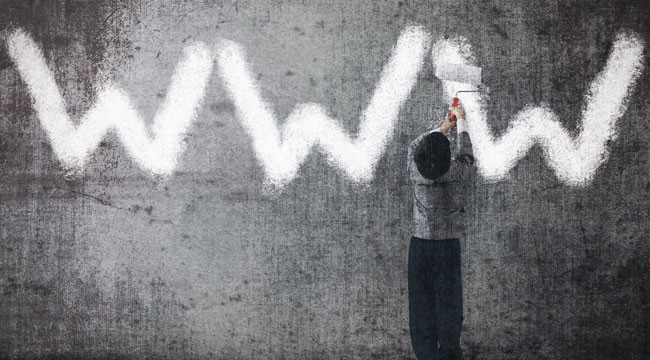 How the Internet Saved Civilization

I’ve just completed a heavy schedule of talks at the Agora Financial Investment Symposium in Vancouver. All my talks centered on information economics, Web startups, and the productivity of the Internet and its meaning. As usual, I learned as much from the attendees as (I hope) they learned from my talks. The research I did to prepare blew my mind concerning the role that the digital revolution has played in our lives.

How huge has it become? Well, 2.5 billion people use the Internet every day, and that’s nearly 80% in North America, 67% in Europe, and 43% in Latin America. I suspect that Africa’s usage of 15.6% is actually underreported, because smartphones are flooding the continent by the day.

Other interesting data include: Nearly 140,000 new websites go live every day, half of users bank online, and social networking users hang out on sites 3.2 hours a day! One point really burned into my mind, because I remember a time in the late 1990s when users were busy burning as much of the Internet as they could onto CDs. It turns out that if you tried to use your home computer today to download all existing content, it could take as long as…wait for it…11 trillion years.

The “cloud” has become the new world in which we live, communicate, network, build our professional and family lives, distribute what we know, find out new things, and generally manage the whole of our lives. The migration to the cloud intensifies in speed and substance every day. If you look at a map of what’s going on, you realize something else. No one in particular is building this world. It is being built without design by the individual choices of people, one choice at a time.

I can’t help but compare this new world with the old. The old world was governed by nation-states with borders and strict organizational charts and categories and plans for all things. The new world transcends states, borders, charts, and plans. It is a spontaneous order, extended constantly by people’s desire to know and connect. It is the most poignant and beautiful example in our midst of the capacity of people to organize their lives on their own, with the assistance of merchants, coders, promoters, entrepreneurs, and property holders.

The CEO of Google recently summed it up in this profound statement: “The Internet is the first thing that humanity has built that humanity doesn’t understand, the largest experiment in anarchy that we have ever had.”

By “doesn’t understand,” he means that no one person can possibly comprehend the extent, structure, or direction of this order that is emerging in our time. The knowledge that makes it possible is decentralized among billions of users themselves, each of whom grasps only the discrete choices that he or she is making at any one instant. You can see the whole only in the way that you can only see the fullness of a city by flying above it and looking down. The orderliness of it all becomes clear. But from that vantage point, you miss the detail that makes it all work.

The political implications have yet to dawn on this generation. We somehow keep pretending as if governments are in charge. They are not. Yes, they loot, menace, regulate, posture, preen, and hector. But they do not finally control. It simply is not possible. Even the strictest regulations that exist in places like China are a national joke.

If people really understood the implications of the rise of the global order in the digital cloud, everyone the world over would completely bail out of the illusion that our analog-age governments can make any kind of positive contribution to our future.

I was thrilled that there were so many people from older generations who attended my talks and paid such careful attention. They asked so many wonderful questions. Even my discussions of cutting-edge issues like Bitcoin drew an intense amount of interest from older people. This completely defies the stereotype, which I’m convinced is a canard.

Older people see their kids working in industries in which the Internet is central. It has saved them from loneliness by keeping them connected to their kids, grandkids, and great-grandkids. They see their grandchildren starting businesses on the Web, and watch in amazement as the great-grandkids use new tools so effortlessly.

They see the future, and they’re thrilled to see that it is bright. They want to know that when they leave this world, they will leave behind a world of hope and promise. They are seeing hope in this sector, and it thrills them.

Sometimes I play with an alternative history in my mind, one in which the Internet had never been opened to the private sector and there had not been any technological progress since, say, 1990. I’m pretty sure the economic environment would be dreadful beyond anything that’s been experienced in hundreds of years. Despair would have swept the Earth by now. Governments — their taxes, regulations, money manipulations, and controls — would have killed off any hope of prosperity.

But that didn’t happen. We were bequeathed this glorious new space in which to build and live, and it is largely a place that government cannot control with anywhere near the ability with which they once managed the physical world. The innovation essentially gave civilization another shot at survival after humankind made such a mess of the world in the past. Digital spaces unleashed humankind’s creative energy when the masters of the physical world had almost killed it off.

People asked me about my optimism. The best case I can make for it is as follows.

The state in all times and all places wants a population of despairing, dreary, hopeless, and weighted-down people. Why? Because such people don’t do anything. They are predictable, categorizable, pliable, and, essentially, powerless. Such people offer no surprises, threaten no change, and destabilize nothing. This is the ideal world that the bureaucrats, the plutocrats, and the technocrats desire. It makes their lives easy and the path clear. Today is just like yesterday and tomorrow — forever. This is the machine that the state wants to manage, a world of down-in-the-dumps and obedient citizens of the society they think they own.

In contrast, hope upsets the prevailing order. It sees things that don’t yet exist. It acts on a promise of a future different from today. It plays with the uncertainty of the future and dares imagine that ideals can become reality. Those who think this way are a threat to every regime. Why? Because people who think this way eventually come to act this way. They resist. They rebel. They overthrow.

Yet look around: We see progress everywhere. What does this imply? It implies that noncompliance is the human norm. People cannot be forever pressed into a mold of the state’s making. The future will happen, and it will be shaped by those who dare to break bad, dare to disagree, and dare to take the risk to overthrow in favor of what can be.

I realized all this some years ago, and when you begin to look around and see how the power elites do not and cannot rule, you discover the whole secret to social order. It turns out that they are not really in control, not finally. Then it all becomes fun.

It is a blast to see the powerful topple from the thrones they want to sit in so badly. It is a thrill to use and hold technologies, as we know them, that no one among the elite ever gave permission to exist. It is a kick to see how the market — meaning human beings acting with vision toward the future — is so constantly outwitting the arrogant planners who want to freeze history, control our minds, and wreck our world.

To defy them is so simple: Just imagine a future better than the present. You become an enemy of the state, and you begin to love every minute of it. You become part of the solution and see that your life and energies are worthwhile and making a difference. How fortunate we all are to be living in these times.