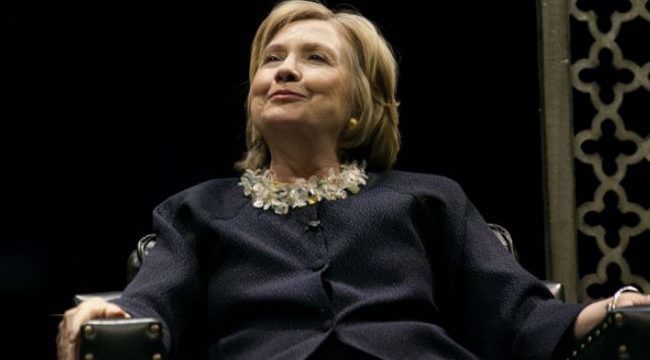 Once there was a Democratic senator from Virginia who managed to work across party lines to enact innovative legislation to protect ordinary Americans’ savings from bank speculation.

That is not the Virginia Democratic senator Hillary Clinton picked to be her running mate.

Sen. Tim Kaine (D-VA) is no Carter Glass. Glass represented his fellow Virginians in Congress from 1901 to 1946, first in the House and then in the Senate. During the 1930s, he worked on a bill with Rep. Henry Steagall, an Alabama Democrat, that became the Glass-Steagall Act under Republican President Herbert Hoover.

The act they first fashioned in 1932 was a weaker precursor to another one that eventually passed with the support of the Republican banking community under Democratic President Franklin Delano Roosevelt. But it was bold. 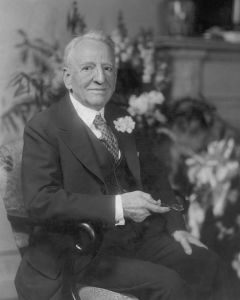 Carter Glass, who represented Virginia in Congress from 1901 until his death in 1946, co-authored the law that banned banks from speculating with depositors’ funds. It was overturned in 1999. (Photo courtesy of the US Senate Historical Office)

Not so Clinton’s choice of Kaine. It indicates a degree of tone-deafness to not just the progressives that supported the presidential bid of Sen. Bernie Sanders (I-VT), but to the problems lurking at the core of the current banking system. Worse, it is a wink to JPMorgan Chase, Citigroup and Goldman Sachs to continue with business as usual.

Kaine’s real job is being the anti-progressive, corporately speaking. Rather than reflecting the “safe” pick that Hillary’s supporters argue he is, the selection reveals her desperate need for those last few months of campaign contributions to beat The Donald. She doesn’t need the $27 average-citizen contributions that were the cornerstone of Sanders’ fundraising machine. She needs Wall Street bucks, and can’t afford to tick off any big bank by running with someone vehemently opposed to their current composition.

When Sanders on Monday threw his might behind Clinton at the Democratic National Convention, he reassured his supporters that the party platform would now include breaking up the big banks and a 21st-century version of the Glass-Steagall Act. In fact, the wording is much vaguer than that. Here’s the relevant section from the Democrats’ platform:

Democrats will not hesitate to use and expand existing authorities as well as empower regulators to downsize or break apart financial institutions when necessary to protect the public and safeguard financial stability, including new authorities to go after risky shadow-banking activities. Banks should not be able to gamble with taxpayers’ deposits or pose an undue risk to Main Street. Democrats support a variety of ways to stop this from happening, including an updated and modernized version of Glass-Steagall as well as breaking up too-big-to-fail financial institutions that pose a systemic risk to the stability of our economy.

It’s a topsy-turvy world when Donald Trump advocates reinstating the 1933 Glass-Steagall Act to separate people’s deposits from speculative transactions first, while Hillary Clinton and her VP pick did not. And will not if they get to the White House.

Consensus on Kaine is that he’s reliable (read: won’t upstage Hillary), checks all the boxes (read: won’t rock the political boat) and speaks Spanish (read: has foreign policy credentials). Republicans like him. More importantly for Hillary’s mindset, he’s no Sanders or Sen. Elizabeth Warren (D-MA) (read: won’t derail her mega-fundraising drive, so the Wall Street crowd can now freely open their checkbooks into the homestretch). This is, however, a national financial liability.

We are left with two presidential tickets that convolute political rhetoric with economic stability. But consider these three big bipartisan votes: 1) the Glass Steagall Act in 1933, 2) Glass Steagall repeal in 1999, and 3) The Emergency Economic Stabilization Act of 2008 (that brought us TARP). They all share something in common beyond their overt bipartisan complexion: fear.

The first reflected the real fear that another major Depression would be caused by banks taking on too much risk in conjunction with their “day jobs” of taking deposits and providing loans.

The second perpetuated a trumped-up (sorry) fear that America would be left behind from a “competitive” and “innovated” global banking perspective, as per the arguments of Republican Treasury Secretaries (under Ronald Reagan and George H.W. Bush) Donald Regan and Nicholas Brady and then, more effectively by Democratic Treasury Secretaries (under Bill Clinton) Robert Rubin and Larry Summers.

The third was predicated on another visceral, yet concocted, fear that if Congress didn’t pony up funds to help the biggest banks survive their own recklessness, the world would collapse (recall this unpleasantly: George W. Bush’s Treasury Secretary, Hank Paulson, on his knees before then-House Speaker Nancy Pelosi).

The Democrats (perhaps because most Republicans opposed it) went on to support the post-crisis Dodd-Frank Act of 2010, itself the handiwork of lobbyists and ex-bankers. The act passed by a vote of 60 to 39, with just three Republican senators joining 57 Democratic caucus members to push it through. Only former Sen. Russ Feingold (a Wisconsin Democrat who’s running to reclaim his old seat this year) opposed it on the grounds that is wasn’t tough enough on the banks. He is right.

For all the whining about its impact, Dodd-Frank absolutely, unequivocally DOES NOT separate risky bank activities from deposit and lending practices, nor does it dilute the high concentration of trading assets and derivatives held in the hands of a few large banks.

If we were talking about airplane safety and Hillary and Tim were our flight attendants, there would be no preflight safety briefing and no emergency landing plan until the nosedive.

This April, five of the nation’s top eight banks failed both the FDIC’s and Federal Reserve’s “living will” requirements as described under Dodd-Frank. In theory, these “living wills” are plans designed by the banks for the banks, that renders too-big-to-fail a relic of 2008. Under these wills, big banks provide detailed strategies under various crisis conditions to get out of trouble (if not jail) free of using taxpayer dollars.

Two of the banks passed one body’s test but failed the other’s. The FDIC found Goldman Sachs “not credible” and the Fed felt the same about Morgan Stanley. They couldn’t even be bothered to prepare for times of another crisis. Only Citigroup passed both. It is probably sheer coincidence that Obama’s current Treasury Secretary, Jack Lew, was a former Citigroup executive in control of one of the least-regulated, most complex divisions there, the Alternative Investments group, and served as Clinton’s deputy secretary of state.

This amounts to an abject failure by the banks to do the homework they were assigned on behalf of the taxpayers who bailed them out, one of the most basic requests of Dodd-Frank. Seems the banks are too busy to even imagine how they’d get out of the next crisis. But you won’t hear any admonishment from Clinton or Kaine. You’ll hear that her Wall Street plan is better than reinstating Glass-Steagall, because as she’s said, major economists (those that don’t appear to fully understand how financial relationships and derivatives work) said so.

She will reference shadow-banking problems, which in her alternative universe, have no financing connections to big FDIC-insured banks. Again, probably sheer coincidence that the lion’s share of the money backing Clinton’s White House bid comes from the securities and investment sector, according to the nonpartisan Center for Responsive Politics. Kaine will fall into line behind her. None of that will deter another bank-led financial crisis.

On July 18, Kaine was one of four senators signing a letter sent to a major regulatory trio — the Federal Reserve, FDIC and Office of the Comptroller of the Currency — asking that they exclude large regional banks from the “significant burdens” of reporting risk on a daily, rather than monthly, basis. It also called for them for revisiting the “liquidity coverage ratio,” or the amount of capital these banks must hold over a 30-day period to cover emergency situations.

The senators’ request is clearly deregulatory and irresponsible: SunTrust, one of the banks that would fall under this exclusion, paid $1 billion to settle mortgage fraud allegations. Kaine advocates more leniency for a swath of FDIC-insured banks. Allowing some of the largest banks in the country a pass on risk reporting and prevention is not safe.

In general, Kaine advocates more leniency for a swath of FDIC-insured banks. Progressives, conservatives, liberals and libertarians should be worried about a banking system whose very structure (disregarding the minimal tweaks of Dodd-Frank) remains poised to tank the economy. Hillary and Tim would have us believe everything’s under control — for now. None of the issues listed on Tim Kaine’s official website mention Wall Street or bank regulation.

That’s a dangerous mistake of judgment.