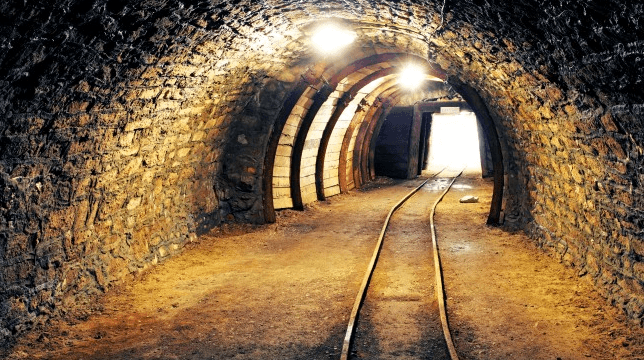 The scene was the recent Sprott-Stansberry Natural Resource Symposium in Vancouver. The subject was mining equities. And the opinion was becoming familiar…

The price of gold is down by about 8% over the last five years. Precious metals miners, as measured by the Market Vectors Gold Miner’s ETF, are down by about 70% over the same time.

“What do you know about cloud computing?” we ask.

“Nothing. But I know gold mining. And I know it’s no place to make money.”

In the broader markets, everything was green yesterday – almost.

The Dow was up. Oil was up. Shanghai stocks were up.

Here at the Diary, we are champions of the down and out. We support diehards and last-ditch campaigns.

Partly, it’s a romantic and poetic attachment to the underdog. But there’s a practical reason, too: There’s often money to be made in woebegone assets.

We favor Russian and Greek stocks… provided you have a very long time horizon for your investments (and a strong constitution to boot).

The Russian and Greek economies are said to be at death’s door.

Greece is in trouble because it has lived beyond its means for too long and because it creaks under a corrupt and sclerotic bureaucracy.

Russia, meanwhile, has been hit by a double whammy.

The first came when the price of oil got cut in half from its peak of $108 in July 2014. Roughly half of Russia’s tax revenues come from oil exports. Half-price crude oil export prices mean half-full government coffers.

The second came when the U.S. and the E.U. came up with a provocative plan to impose economic sanctions for alleged misbehavior in Ukraine.

Greece and Russia may be down. But they are unlikely to be out forever.

Nor is the mining industry…

Unloved. Unbought. Unwanted. Mining is the Greece of investment sectors.

Particularly unloved is mining for gold.

It’s soon to be available to lifetime subscribers to The Bill Bonner Letter. But for now, it’s circulated exclusively among our analysts and researchers around the world.

This week’s memo focuses on the intense loathing in the gold market. Reports Chris:

As is the norm when the gold price falls, the mainstream press is going through a bout of schadenfreude.

The Washington Post, for example, recently ran an article under the headline ‘Gold Is Doomed.’

And Jason Zweig in the Wall Street Journal claims gold is nothing more than a ‘pet rock.’

What to make of all the negative sentiment toward gold in the mainstream press? Chris again:

This is exactly the sort of thing that happens during panic selloffs and major lows. In the same way that wildly bullish articles come out at the top, there’s an avalanche of bearish commentary as we approach the lows.

Also unloved, but definitely not in the pet rock category, is copper.

“Copper is the most important metal in the sector,” said mining mogul Robert Friedland at the Sprott-Stansberry event on Tuesday.

“More important than gold. Because copper is in everything. Houses. Autos. Computers. Much of the Internet functions on copper. So if the price of copper goes down, it tells us that the whole world economy is soft.”

Here’s the Financial Times with more about the global slowdown:

The latest World Trade Monitor showed the volume of world trade falling in May by 1.2%. It has slid in four out of five months in 2015 and risen just 1.5% in the past 12 months — less than the growth in global output and far below the long-term average of about 7% a year.

The problem has been getting worse for some time. Trade bounced back fairly well in 2010 after the global recession. But it has disappointed ever since, growing by barely 3% in 2012 and 2013. Now it seems the world cannot manage even that.

If the global economy is slowing, as the numbers suggest, there is little reason to expect a comeback in copper any time soon.

On the other hand, there’s no way copper is going to disappear from the world economy. It’s essential. And it’s intensely cyclical. Prices go up; miners produce more. Prices go down; they cut back until supplies are tight again.

So, although the price may be down… copper is not out.

And as we explained on Monday, you can count on the Fed – and other major central banks – to exaggerate the commodities cycle with more cheap credit.

We doubt gold is out for the count either.

Excess debt set off the 2008 global financial crisis. Today, according to McKinsey, there’s about $60 trillion more debt in the world than there was back then.

It is only a matter of time before today’s counterfeit stability gives way to genuine panic.

Then the “pet rock” will turn out to be “man’s best friend.”