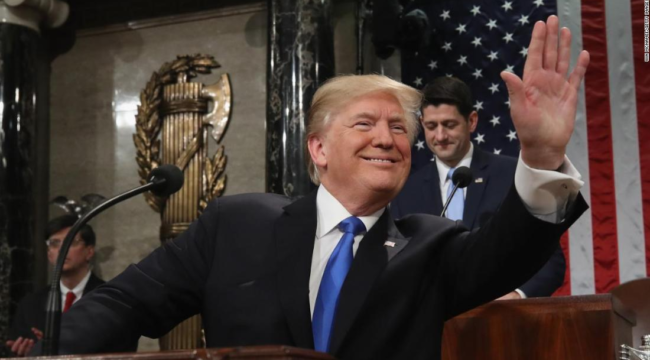 The Gods Send Trump a Message

The gods’ sense of humor is vastly underappreciated…

For the past year President Trump has shimmied and crooned about the roaring stock market.

But Mr. Trump fails to appreciate the capricious nature of gods…

They hatched a plan… went to work… and sent the stock market crashing with a mighty thud.

Then yesterday, the president’s big day, it plummeted 362 points.

It was the market’s worst day in eight months.

Taken together, Monday and Tuesday witnessed the Dow’s largest consecutive loss since June 2016 — when Britain voted for “Brexit.”

We certainly took no pleasure in the business.

But neither did we grieve for whatever money it cost us.

We accept the nature of gods… and their Olympian capacity for mischief.

Besides, it’s a dippy thing, when a president grabs too much credit for the stock market.

And the crowd that toasts him today is the mob that hauls him to the gallows tomorrow.

But what implements of havoc did the gods employ this week?

“The main catalysts for the steep drop this week,” USA Today informs us, “were investors opting to lock in profits after the big early-year rally and a sharp rise in long-term interest rates.”

Many investors simply took their money and ran as January winds to an end.

And the sharp rise in long-term interest rates?

“The yield on the 10-year Treasury note jumped as high as 2.74% Tuesday, its highest level since April 22, 2014. Wall Street is worried that higher borrowing costs could slow economic growth.”

Many experts believe a 3% yield on the 10-year Treasury is the proverbial line in the sand.

At 2.74%… markets are beginning to notice (more on that in the days ahead).

Amazon, Berkshire Hathaway and JPMorgan are evidently angling to create an independent company to reduce health care costs for employees.

But the larger question:

Were the past two days a one-off bolt from Olympus… or the beginning of a tempest?

A one-off bolt, say the experts:

“I think this is your run-of-the-mill, brief pullback that’s limited to 3–5%,” says technical analyst Ari Wald of Oppenheimer.

“We think the assumption is the bull market is intact and the pullbacks are a buying opportunity,” he adds.

“In the scheme of things, it’s nothing,” adds Mr. Tom Lee, co-founder of Fundstrat Global Advisors.

But what do the past two days mean for our “melt-up” theory?

Regular readers know we believe stocks are entering the final dizzied stage, a delirium that could last six months to two years.

Is our theory sunk?

The two-day rout offers evidence that the market “is not in a melt-up or euphoric state,” says Michael Arone, chief investment strategist at State Street Global Advisors.

“Should we not have seen something like this,” adds Mr. Arone, “I would have been more concerned.”

A point to ponder of a winter evening… as we will.

The Dow was up 73 reassured points.

The S&P and Nasdaq both posted green.

The gods have had their laugh… the stars are once again in their courses… and the president sits secure in his saddle.

For now, at least.

We caution that hubris has ultimately brought low even history’s greatest men.

There but for the grace of gods go I…

What did you think of Trump’s speech? And where do you think the market is heading?