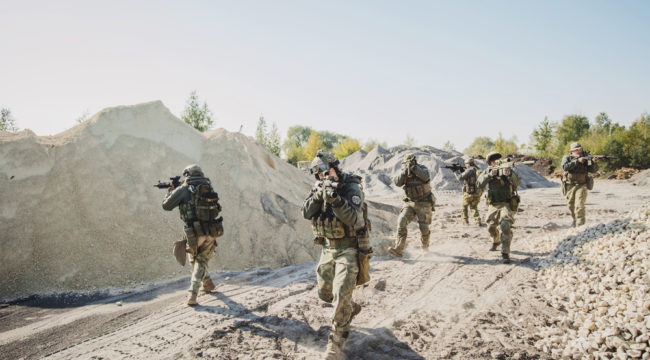 The Dow fell back below 20,000 today. Many in the media are blaming it in part on Trump’s Friday executive order temporarily banning travel from seven Muslim countries.

It’s amusing and a bit discouraging to watch the mainstream media react to the initial wave of executive orders coming from the White House. Headlines blare, “Trump’s Building a Wall With Mexico,” “Trump’s Stopping Syrian Immigrants” “Trump Pulls out of Trans-Pacific Partnership!”

Really? Why are the mainstream media so shocked? After all, didn’t Trump say he was going to build a wall, stop some immigration and pull out of the TPP? Isn’t that exactly what Trump campaigned on? Of course it is.

What has the media baffled is that Trump is the first politician in living memory who actually does what he said he was going to do. Media and most voters are so accustomed to politicians who say one thing to get elected and do another once in office that they literally can’t process a politician who does what he says.

Hence the hysterical headlines about policies you could see coming a mile away.

My point is not to debate these policies. We all have our own opinions on each one; that’s fine.

Among those policies is a huge boost in defense spending, upgrades to the nuclear arsenal, expanded operations in space and reviving something like Ronald Reagan’s “600-ship Navy.”

You can see this defense spending bonanza coming not only because Trump promised it (and he means what he says), but because Trump will have to go down this road to lend credibility to his other statements about the South China Sea, North Korea, Taiwan and NATO.

And on Friday, he issued a presidential memorandum pledging to rebuild the military, reading in part: “To pursue peace through strength, it shall be the policy of the United States to rebuild the U.S. armed forces.”

But defense technology is not something you can create by executive order. It takes a year or longer to conduct feasibility studies and make it through the appropriations process. That’s good news for investors prepared to take advantage of the spending boom because it means they have time to get in on the most promising defense tech startups and medium-sized players before the big orders and the big buyouts start to roll in.

This is a once-in-20-years opportunity, and with Trump in the Oval Office, smart investors who understand the implications will have the wind at their backs for a decade.