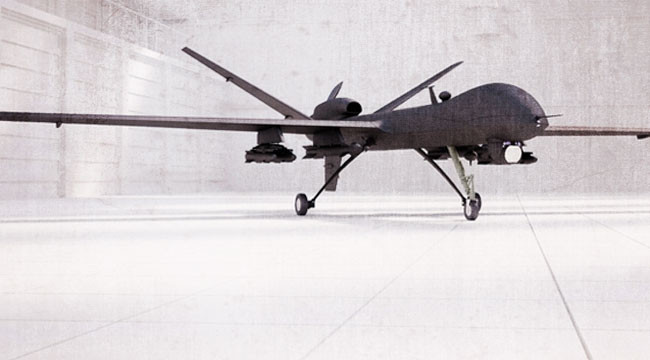 The Shocking New Use for Drone Technology

I’ve talked about America’s entry into the “fifth domain of war” — where computers are weaponized and cyberspace joins land, sea, air and space as a potential battlefield. War will never be the same again. 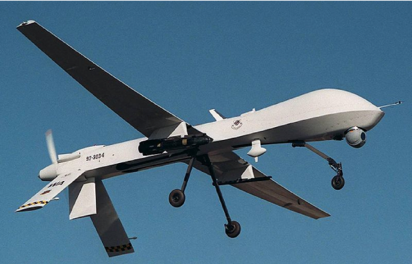 Specifically, I discussed the rise of drones in modern warfare.

Since 2004, U.S. forces have used armed drones for anti-insurgent strikes in the Middle East, Central Asia, Africa and… perhaps… other places of which we have not been publicly informed. The number of drone attacks is in the thousands, and they’re estimated to have killed many thousands of bad guys — terrorists and enemy combatants — as well as innumerable noncombatants.

As to that last point, “War is hell,” said Gen. William Tecumseh Sherman, who knew whereof he spoke, in that he burned Atlanta to the ground in 1864. And that’s a timeless point.

Gen. Sherman or no, in our current era, the drone has become a symbol of the “fifth domain” of war. Drones are increasingly in the public eye, offering a visible reminder that we’re playing a whole new ballgame now.

It’s fair to wonder if finding oil will someday be as easy as flying over it.

But I’d be remiss if I failed to note that warfare is not the only thing changing because of these technological marvels. There’s more to come from drones. In fact, drones are already moving into the commercial sphere and — to cut to the chase — it’s investable.

In the past year, the Federal Aviation Administration (FAA) has begun working on new regulations to allow drones — or unmanned aerial vehicles (UAVs), as the bureaucrats call them — to operate in civilian airspace. In fact, Congress has ordered the FAA to present its final decisions by 2015.

In many cases, the drone models being evaluated are the same ones being used in the war on terror, which makes sense because these airframes have the most flight hours and operational history, as well as logistics chains and trained personnel demobilizing from the armed forces.

In one intriguing development, a number of big names in the oil and gas industry have already jumped on board. That is, large, deep-pocketed companies have bought into using drones for aerial testing (for now) in the only places these kinds of aircraft are currently cleared to operate commercially — the most remote places in the U.S.

And where are some of the most remote regions? Well, let’s start with Arctic airspace, which is about as far away as you can get from where virtually all of the U.S. population dwells.

The fact is that the Arctic is the next frontier in the global search for oil. You’ve likely heard about Prudhoe Bay, Alaska, and its immense oil resource — over 16 billion barrels produced since discovery in 1967. But aside from a very small region around the Alaska North Slope, there’s been next to no significant exploration and no production.

Looking ahead, it’ll be several decades before the U.S. can even begin to unlock the riches of the frozen north. Indeed, the traditional difficulties of Arctic exploration — remoteness, isolation, climate, environment and much more — are now all but overwhelmed by the raw economics. That is, down in the more temperate climes of the lower 48 states, fracking has unlocked enough shale oil and gas to power the U.S. for another 50 years. Not bad!

Still, though, oil companies think in terms of decades and generations. So the most farsighted firms are looking at Arctic exploration because it pays to be ahead of the curve. Fracking or no, over time, the value of large-scale energy assets will rise due to global forces of supply and demand. It all makes for a long story about the oil biz. My point, however, is that recently we’ve seen three oil companies announce plans to use mil-tech drones for oil and gas exploration and monitoring.

ConocoPhillips is using the Boeing ScanEagle drone in trials far out in international waters in the Chukchi Sea. The company began trial flights on Sept. 25, 2013, and it marked the first-ever commercial drone flight in U.S. airspace. ConocoPhillips launched and recovered the drone from a research ship sailing off Alaska.

It’s fair to wonder if finding oil will someday be as easy as flying over it. Oh, wait… make that sitting in a warm, dry office while a computer-controlled drone flies over land and sea scanning the surface with all manner of data-gathering instrumentation. I believe that’s more than likely, and we ought to be looking at just such a set of apps within 10 years.

The ScanEagle was developed by Boeing for the Navy. As you likely know, Boeing is a giant firm with a market cap of nearly $100 billion. Boeing is one of the two largest commercial airliner builders in the world (along with Airbus), and has a massive defense side as well. So I won’t go deep into a Boeing discussion in this note other than to mention that drones are a small — but fast-growing — part of the Boeing family of systems.

Fairweather uses one of the largest commercial drones available — a modified Diamond DA42, a twin-engine light utility aircraft. Currently, the “drones” are operating as manned aircraft, but that’s for safety reasons during the test phase. The point is that the aircraft are already equipped to fly without a pilot aboard, pending FAA approval.

Finally, let’s look at a local cooperative that monitors the environmental impact of oil and gas drilling in Alaska and acts as a first responder in the case of spills. The group’s name is Alaska Clean Seas, and since the FAA cleared drone use for offshore commercial operations, they’ve been conducting surveys with the “Puma” UAV. 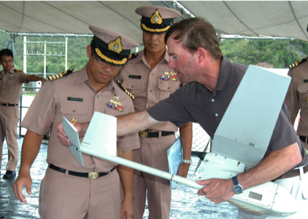 Basically, ground-pounding soldiers and Marines favor the Puma because it’s relatively small. It can be launched by hand — sort of like throwing a javelin. So the Puma can be deployed almost instantly when and wherever troops need it.

Those same benefits will help Alaska Clean Seas monitor the harsh Alaskan waters for any signs of oil spills or other pollution that could result from offshore drilling operations. Just rig the drone with a multispectral imager that detects oil sheen on water and you’re in business.

Ed. Note. Today’s issue of The Daily Reckoning gave readers a unique opportunity to access Byron’s most groundbreaking research on drones and other military technology. Included in that special report was a chance to discover 5 exciting companies that stand to skyrocket as the mil-tech space continues to expand. Not a Daily Reckoning email reader? Sign up for FREE, right here, and get the next issue sent straight to your email inbox.