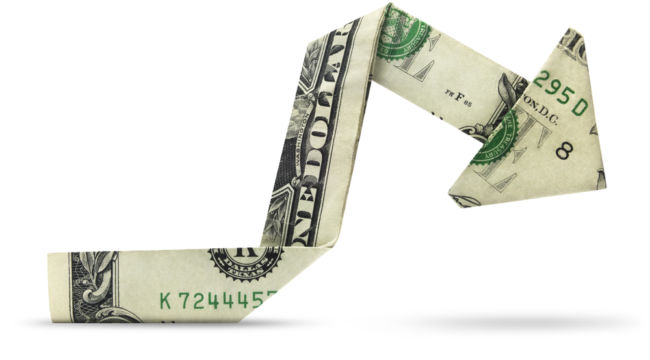 Like an overreached army that has outraced its supply lines… the vulnerable Dow Jones was beaten back beneath 28,000 today.

By late morning it retreated to 27,900, under a sharp and withering fire.

The S&P also fell back under bearish counterattack — but less so, losing only two points on the day.

Like the Dow Jones, the index is similarly vulnerable.

The S&P recently attained fresh record highs on four of eight trading days. But on six of those eight days — MarketWatch informs us — more stocks retreated than advanced.

More stocks run below their 50-day moving average than above it — for example.

That is, stock market “breadth” is weak.

That is, its defenses are shallow… and its lines stretched thin.

Blast a hole through them and the interior is wide open to the enemy.

For now the defenders give and wobble — but hold. The days ahead will tell, concludes MarketWatch:

Unless the S&P 500 can close and stay above 3,100 for a few days and erase the bearish divergences, the weight of evidence suggests there will be a pullback from the all-time high.

What about 2020? Douglas Cohen, portfolio manager at Athena Capital Advisors:

In the short term, that’s gone a bit too far and sets us up for at least a pause, and my guess is in 2020 sentiment will start to become more fragile and volatile.

We suspect there is justice here: “2020 sentiment will start to become more fragile and volatile.”

Let us continue our martial analogy…

The Fed Goes to Battle for Wall Street

Sharp resistance formed in money markets in September. That is when liquidity ran dry and borrowing rates leapt to 10%.

The Federal Reserve began a vicious shelling of enemy positions. By now it has rained down some $280 billion of liquidy ammunition.

Under this covering fire the Dow Jones advanced — through the mine fields of trade war, over the barbed wire of impeachment, across the no man’s land of falling global growth — to 28,000 and beyond.

But the bearish enemy has good, defensible terrain to fall back upon. And we expect resistance will stiffen as the facts become apparent.

As we noted last week:

Both the New York and Atlanta commands of the Federal Reserve have chopped their Q4 growth forecasts — to 0.4%.

Meantime, the International Monetary Fund recently downscaled its 2019 global forecast to the lowest level since the financial crisis.

Against these impregnable earthworks and ramparts the Federal Reserve hurls itself… in vain.

As well blow a pea against a wall of granite.

Victory Is Nowhere in Sight

And after one decade of nearly continuous warfare, victory is no closer in sight.

Not one year has real GDP even nicked 3%.

United States national debt has doubled since 2010 — and presently rises above $22.6 trillion.

The Federal Reserve Bank of San Francisco estimates the “new normal” for U.S. growth ranges between 1.5% and 1.75%.

And this year’s federal budget deficit rises some 26% over last year’s — at a time when the economy grows and expands.

Trillion-dollar deficits are already in sight… and stretch to the purple horizon.

Running Low on Ammo Before the Real War Begins

We must conclude the Federal Reserve’s siege guns pack less wallop than they once did.

That is, each new dollar of debt gives back less than one dollar of growth.

The stock market may presently thrill and roar to the sound of gunfire. But the Federal Reserve already runs low of ammunition.

In event of recession or financial crisis, it will be fighting at half strength — or less.

But experience teaches that only rates between 4% and 5% can rout the enemy.

How can the Federal Reserve win?

By all reasonable accounts… it cannot.

It will ultimately falter upon the “zero bound.”

Into the Breach of Negative Rates

Like a general fighting the last war, Generalissimo Powell will then order a flanking assault — more quantitative easing.

But the previous campaigns did little for the actual economy of people, places and things.

There is no reason to expect additional rounds will turn the battletide.

But will Powell hoist a white flag of surrender?

No. He will instead heed the commander in chief’s orders to press into negative territory…

Against a blizzard of bullets, he will go storming into the breach of negative rates.

But negative interest rates have failed wherever attempted. They will fail in the United States as well.

And like Napoleon at Waterloo or Custer at Little Bighorn… monetary policy will come to grief, at last undone.

That is why the authorities will then reach for the “nuclear option” of fiscal policy, as we have argued before.

It will go under the term Modern Monetary Theory (MMT), or helicopter money.

They are essentially one.

The Treasury will detonate thermonuclear devices of cash over Main Street. It will come raining down like so much fallout.

Will the resulting inflation ultimately sicken and kill?

Almost certainly. But the Federal Reserve can at last declare victory over deflation.

But like the ancient Greek king Pyrrhus said after a victory over Rome — a victory that nearly wiped out his own army: