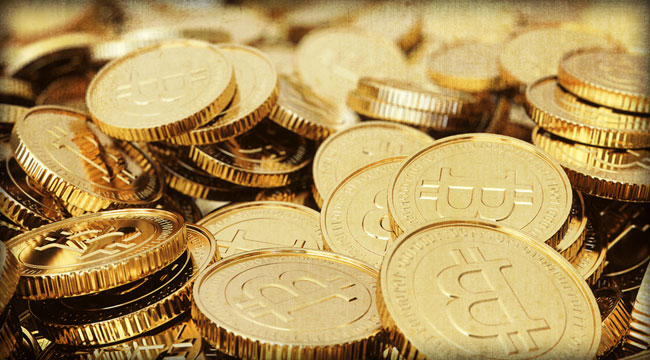 Cryptocurrencies and the Powers That Be

Remember the days (about six months ago) when bitcoin was going to revolutionize banking and disintermediate the mean nasty “banksters?”

Well, a funny thing happened on the way to the revolution. Bitcoin itself has hit an air pocket with a 50% price drop since December. Meanwhile, the banks that were supposed to be so dramatically disrupted by bitcoin are taking over the blockchain.

This is not surprising. Disruptive technology does come along from time to time, but established franchises have a way of either fighting back or co-opting the new technology just by buying it.

Uber is disruptive, but London taxi drivers (the best in the world, by the way) have organized to get Uber’s license there revoked. In the same spirit, it was naïve to expect that banks would just sit there and let blockchain technology eat their lunch. All of the major banks have blockchain research and development projects underway.

Japan is the first major economy to declare bitcoin “legal tender” in payment for goods and services. This does not fix a value for bitcoin, and it does not force anyone to use bitcoin, it just keeps bitcoin transactions safe from counterfeiting charges.

The Japanese banks are taking that opening and driving an armored car through it. Japan’s largest bank is creating its own crypto-currency. Valuation won’t be an issue because each coin will be worth exactly one yen. It’s really just an alternative payment system like PayPal.

What it does is allow bank customers to make and receive payments on the blockchain with a yen equivalent, but with much lower costs. Also, because this is a “permissioned” system (customers only may participate with bank approval) verification does not require the clunky proof-of-work of the original bitcoin blockchain.

Distributed ledgers and blockchain are here to stay, but bitcoin is not. The banks will see to that.

Another major argument bitcoin advocates made was that it was invisible to the IRS.

Well, not really. I’m reminded of a story from about 15 years ago…

A Swiss banker loaded all of the confidential information on Americans with Swiss bank accounts that he could find onto a CD-ROM. He then flew to the United States and handed the information over to the U.S. Treasury and the FBI.

The banker was in trouble for helping Americans evade taxes and this was his play to avoid prosecution. He blew the whistle on his clients. What ensued was a 10-year manhunt by U.S. tax authorities to find the tax evaders and many more whose information was not included on the original CD.

The U.S. played rough not by chasing the inpiduals, but by putting pressure on the Swiss banks themselves. The big Swiss banks like UBS, and Credit Suisse have huge capital markets and wealth management operations in the U.S. The U.S. told those banks they could either hand over the information or we would shut down their U.S. operations.

They handed it over.

Some of the tax evaders got lawyers, turned themselves in and paid their taxes (plus interest and penalties) to avoid jail time. Others waited and ended up in jail. Today, if you go to Switzerland and try to open a bank account they will turn you away; they have zero interest in taking on U.S. clients.

Now something similar is happening in cryptocurrencies. The U.S. Treasury is concerned that cryptos are the “new Switzerland” where Americans are hiding income and avoiding taxes. The Treasury is probably right about that. Treasury will use the same hardball tactics against the cryptocurrency exchanges they used against the Swiss banks.

The IRS is already demanding all records of crypto-currency transactions from these exchanges including name, address, social security number and bank account information about their clients. The bitcoin fans who mock the government and play “catch me if you can” will find out the hard way that the U.S. government has the resources to track them to the ends of the earth.

This is just another sign that reality is catching up to the bitcoin market.

I’ve said for years that bitcoin is a fraud, a Ponzi and a bubble all at the same time. I based this on analysis of price activity and certain other technical analyses and some anecdotal evidence.

Critics have always demanded “proof” that bitcoin was a fraud with smoking-gun-type evidence. That was difficult at first because of the secretive nature of bitcoin trading. Yet now the evidence is arriving almost every day.

New hacks are reported, millions of dollars of bitcoin routinely go missing and exchanges are closing with no recourse for investors. What may be one of the biggest frauds in history, this one involving bitcoin, is now coming to light.

One cryptocurrency exchange called Bitfinex owes customers hundreds of millions of dollars in bitcoin held in their accounts. Bitfinex is nontransparent about the funds it actually has on hand and whether its customer funds are really safe.

Bitfinex sponsored another cryptocurrency called tether, which is tied to the U.S. dollar at a one-to-one fixed exchange rate. Customers give tether $1 (or the equivalent in another crypto) and receive one tether in return. The amounts paid for the tether are supposed to be held in reserve to back up the one-for-one promise.

No one knows if tether has the funds or not. Tether recently parted ways with an auditor who was supposed to answer that question, so there is still no transparency. It also seems that every time the price of bitcoin plunged, millions of tethers were issued out of thin air to prop up bitcoin on the Bitfinex exchange.

All of this has raised suspicions that Bitfinex and tether are Ponzi schemes. A couple of weeks ago, the U.S. government sprang into action by hitting Bitfinex and tether with subpoenas demanding information about reserves and the safety of customer funds.

If it turns out the suspicions of fraud are correct, it could start a run on the bank in all cryptocurrency as holders and investors lose confidence in the crypto space generally. That would be bad enough.

But the greater fear is that panic in cryptocurrencies could spill over into regulated stock and bond markets and mark the beginning of another global financial panic.

If that happens, it’ll make the recent correction look like child’s play. And the only safe haven will be physical gold.