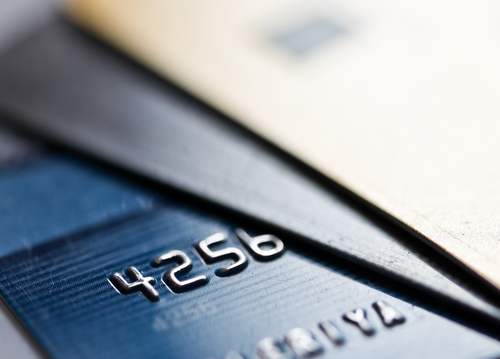 Is it laughable, or lamentable? The market, that is. In the past few years, it has become a joke…a tool of manipulation, an unreliable source of information. Despite the outperformance of the US equity markets this year, ordinary investors (presumably people with savings they would like to invest in productive and attractive businesses) are not interested.

Reuters columnist Felix Salmon recently posted a few charts to highlight this trend. This one, originally appearing at ZeroHedge, shows the decline in trading volumes since the credit bubble bust in 2007/08.

Using the Monday after Thanksgiving as the comparison date (the first day of trade after the 2-day Thanksgiving holiday) trade volumes in 2012 are back to 1997 levels. So while you’re being told a recovery is underway, it’s clearly not a recovery in investor confidence or involvement in the stock market.

The modern financial system is one based on credit. Credit and confidence go hand in hand. At an individual level, if people have confidence in you — confidence derived from ‘good character’ — they will give you credit. Not necessarily in the monetary sense, but the point is essentially the same. That is, confidence equals credit.

It should be no surprise then, that five years after the credit bubble bust, confidence remains low. That’s because the rebound in markets and recovery in economies is not the result of genuine credit creation. It’s a result of the efforts of governments and central banks to reinflate the bubble. It’s artificial, and not surprisingly, people aren’t buying it.

Which leads to the next chart, via the Financial Times’ Alphaville:

This shows the decline in ‘real money’ volumes. Again, we presume real money means the investments of real people (individuals or managed funds) into productive businesses with the hope of generating a decent return.

It also shows the rise of HFT trading, which means ‘high frequency trading’. This is computer-driven, ‘algorithm’ trading. It didn’t even exist in 2005. But now it completely dominates the market and is a major part of the reason why the confidence of the ‘average investor’ continues to deteriorate.

Which brings us to the gold market…this is actually quite funny. Here are a couple of headlines from overnight. From Bloomberg:

Gold Tumbles Most in Three Weeks on Fiscal-Cliff Concerns

‘Gold futures fell the most in three weeks as pessimism on a US budget resolution eroded demand for commodities.’

Then, The Melbourne Age tells us:

‘US stocks rose, erasing early losses, and commodities pared declines as lawmakers said they are optimistic a budget agreement can be reached to avoid automatic spending cuts and tax increases’

What actually happened is that the US stock market tanked at the open on concerns about the ‘fiscal cliff’, but then recovered as Republican House Speaker John Boehner basically told everyone that everything would be ok.

But gold, which began trading well before the equity market opened, was under pressure from the start. If it sold off because of ‘fiscal cliff concerns’, why didn’t it recover with Boehner’s soothing words? This report from Kitco explains things nicely:

‘Just after the Comex gold futures market opened at 8:20 a.m. eastern time Wednesday heavy sell orders flooded in and prices quickly dropped by over $20 an ounce, to extend earlier losses and hit the daily low. Technical selling, including stop-loss orders being triggered, and options-related selling pressure likely exacerbated the steep and rapid downturn in gold prices. Some reports said there were heavy put options purchases seen in the market Tuesday.

Reports also said sell orders of over 7,500 futures contracts (worth 100 ounces each) were executed right at the opening of Comex futures trading Wednesday. There was no major news event which occurred during or near that timeframe to explain the sudden downdraft in prices.’

Why anyone would go anywhere near the precious metals futures market is beyond us. It’s THE place where the big boys play the little guys like a violin. What profit seeking entity would come in at the market open with a 750,000 ounce sell order? An entity looking to shove the price lower and set-off all the punters’ stop losses, only to buy back at a lower price after causing panic amongst the amateurs.

Of course the sell order was not real gold. It’s just paper gold, which is why the game continues and is so easy to play. As long as there is still some physical gold in the banking system, the big bullions banks can play the paper gold game, selling much more ‘gold’ than they actually have. Gold miners didn’t react to the sell-off, with gold indices rising overnight.

So as real credit continues to contract and confidence weakens, your one real insurance asset is physical gold, held in your possession or at least outside the banking system. Because the way this monetary system is headed, you’re going to need an insurance policy.

Are we being extreme?

Not at all. Private sector credit is no longer growing strongly enough to fuel economic growth. More people around the world want to pay down debt rather than increase it. So governments are using their ‘credit’ to fill the void.

So far, it’s all been pretty benign. Developed economy governments have run up huge amounts of debt with little or no consequences. Japan, the US and the UK to name a few. These countries are drawing on ‘credibility’ gained over decades to obtain huge amounts of credit now. But in most cases the private market is not providing the credit…the respective central banks are.

When you look at it this way, the credit (and credibility) of sovereign governments is already gone. They’ve cashed in their goodwill, built up over generations, to prop up a failing system. What’s more, they’ve hit the point of no return. Governments will keep spending, and their central banks will keep monetizing that debt, until all of a sudden the markets turn on them. It will be sudden and violent. That’s when you’ll want that insurance policy.