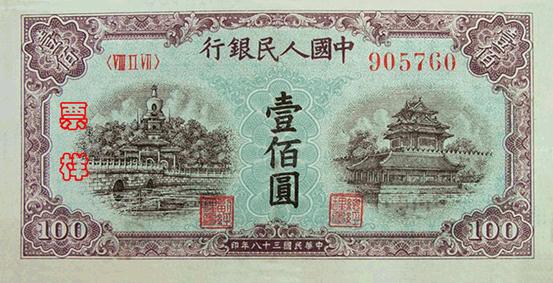 On Friday in the US, the Brent crude oil price tanked nearly 3% and a measure of employment costs came in well below expectations. Financial markets reacted by buying treasuries (causing yields to fall) and selling the US dollar. The gold price rallied by US$20.

In other words, the market is very nervous about deflation pressures and is therefore skeptical about the Fed’s ability to raise interest rates soon.

The recent performance of the 10 year US treasury yield reflects this change in sentiment. In June, the treasury yield was 2.5%, the highest level since October last year. But over the past month yields have fallen back down to 2.2%.

In short, the market is increasingly unsure about the Fed’s ability to raise rates as early as next month. More than likely you’ll continue to get a ‘wait-and-see’ approach from the Fed.

But there’s a bigger picture reason for the nervousness going on in the background. It’s something that Strategic Intelligence editor Jim Rickards writes about often, and something I discussed quite a bit last week.

That is, the dynamic between monetary policy in the US and the slowdown in emerging markets. In Friday’s Daily Reckoning I showed you charts of emerging market equities and bonds. I also pointed out that as yet, there were no major signs of acute stress in the system, but that it was worth keeping an eye on.

Now this sort of talk may all seem far removed from Australia. But our economy is caught up in these big picture forces. Australia is a blend of emerging market and developed market.

We’re an ‘emerging market’ economy because we rely on commodities for our export performance. And, like other emerging economies, our currency is at multi-year lows because of it.

This is one of the few positives for the Aussie economy right now. A weak dollar is a form of monetary stimulus as it provides a free kick in terms of global competitiveness.

But that’s about the only positive news there is right now. Genuine economic reform as a driver of long term growth is off the agenda.

A spoiled and ignorant electorate, coupled with a cowardly and inept political class, means tough reform measures won’t happen until they absolutely have to. That is, when it’s too late. There will be no genuine reform in Australia until we have a genuine crisis.

And one is brewing, in the form of the tectonic shifts going on in global financial markets. More on that in a minute…

Back to Australia first. We are also part ‘developed market’ economy in that we have an economic structure that relies on monetary policy and debt creation to drive growth.

Developed economies have become so dependent on debt-fueled growth since the end of the crisis precisely because the economic reform process is dead. The only way to grow then is via easy money and currency depreciation, which allows countries with a weaker currency to steal growth from others.

The bizarre advantage of the ‘developed economy’ growth model is that the world’s savers are only too happy to lend to them, thus perpetuating this flawed economic structure.

A key signal of the building stresses in the global economy is the unrelenting strength of the US dollar. Here’s the chart below:

As you can see, the US dollar index is going through a consolidation period after peaking in March this year. But the two moving averages tell you the trend is undoubtedly bullish.

How long will it be before the strong dollar starts to impact on US economic growth? The dollar bull is now one year old. You’d think it would have an effect soon.

The other very big issue here is China’s currency peg to the dollar. As the US dollar strengthens and the US loses competitiveness, so does China. A break of the dollar-yuan peg is coming.

And that will send another deflationary impulse through the global economy.

One of the best ‘big picture’ strategists going around, Russell Napier, discussed this in his latest research. He believes we’re heading towards a ‘great reset’.

The Great Reset, which began with China’s first reported foreign reserve decline in 2012, is now accelerating.

The ultimate destination for China is either to continue to support the exchange rate and accept ever lower growth, probably accompanied by deflation, or to devalue.

Either option will further exacerbate global deflationary pressures and place huge pressure on other Ems [emerging markets] that compete with China and are linked to the USD.

Napier reckons China will defend the peg for a while. Indeed, it’s what they’re doing right now. But they won’t be able to maintain the policy.

PBOC [People’s Bank of China] liquidation of Treasuries to support the RMB [yuan] exchange rate would not be prolonged. Both the US and China would recognize the dreadful dynamics inherent in such a policy if it did indeed push Treasury yields higher.

Very soon China would be given the permission to devalue its exchange rate and the nature of the pain to be endured by the global system would be of a somewhat lesser and somewhat different nature. It would, however, still be a deflationary adjustment.

Napier’s analysis suggests that the post-2008 efforts to reflate the global economy by the Fed and others have not worked. They have merely exerted pressure on emerging markets, which will force destabilising currency devaluations.

That a great global reset is in the process of unfolding should not be in doubt. What is in doubt is how asset markets will respond. Will you see a collapse of equity markets in the future as deflation works its way from the real economy into stock prices? Or will stocks continue to rally as the Fed eventually returns to QE as its only policy solution?

I don’t know the answer and nor does anyone else, despite their bullish or bearish prejudices. Everyone has an opinion, but it is merely that. It is not based on anything solid like historical precedent because we have never been here before.

The only thing you can do is to keep your eye on the market and listen to what it’s saying. Right now, the global trend in stock prices is still bullish. That is, the market doesn’t yet see any reason to panic over these big picture forces that are playing out under the surface.

We’re going through a mild correction but so far it’s nowhere near enough to turn the market bearish. A Chinese currency devaluation might change that but it could still be a year or so away.

For now, the bulls remain in charge.