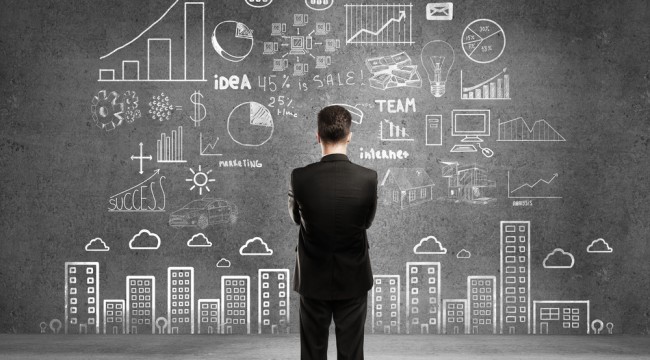 We recall, with pleasure, our old friend Dr. Kurt Richebächer:

“Ya…I don’t know what has gone wrong with the anglo-saxons,” he would say, tapping his silver-handled cane on the floor. “They seem to have gone crazy. Everyone one of them. They seem to have forgotten everything we learned about economics — about the need for stable currencies, the importance of capital formation, and the folly of central planning. And now they are ready to believe anything at all.”

When Kurt died, several years ago, we inherited his favorite chair. It is a dark leather chair, with a curved seat, shaped like the trans-Atlantic deck chairs on ocean liners. Once you get in, it is hard to get out.

We sat in it last weekend and tried to channel Kurt. What would he have made of all this — the crash…the bailouts…the QEs…the Twists…? We wondered…we drank… And then, from nowhere, we heard his teutonic voice.

Ya…it’s just like I thought it would be. They are doing just what I thought they would do. And it is unbelievable. It is as if they knew nothing…as if they had never opened a real economics book or thought for two minutes about how an economy actually works.

That’s the trouble with you anglo-saxons. Your brains have been taken over by this Keynesian claptrap. It was claptrap…nonsense…nonsense on stilts…when it came out in the ’30s. It is still nonsense. And yet, you anglo-saxons go along with it.

“Uh…Kurt,” we protested. We don’t like to correct a shade, but we thought we should set the record straight: “We’re not Anglo-saxon…we’re Irish.”

Don’t they see that you can’t really cure a debt deflation by adding more debt? Of course, they do. But admitting it would mean throwing all their reputations…all their Nobel Prizes…and all their academic and government positions into the toilet. And that Ben Bernanke! He has the nerve to call himself an economist! He is nothing more than a con-artist…like the people running shell-games or flim-flam hustles in amusement parks.

It is so obvious what is wrong. The solution too is so obvious. Why can’t they see it? There is too much debt. And too many assets…and too many businesses…and too many careers and family budgets now depend on this bad debt. It does no good to lend the debtor more money and pretend the debt is good. There is nothing to be done but to get rid of it…the sooner the better. That’s what bear markets and corrections are supposed to do. So let them happen. People go broke. But so what? They’re already broke. They just don’t know it.

And then, if you want a real recovery, you have to put more real money in the hands of the people who can make it happen — families, entrepreneurs and businesspeople. Not the government! Good Lord, the government is a wealth consumer, not a wealth producer. If you want a genuine recovery…and not a phony, government-produced recovery….you have to let people keep their money so they can pay their bills, save, invest, and spend — whatever they want to do. You don’t continue to take their money away…and waste it on government boondoggles. The worst thing you can do is to raise taxes…and let the government spend more money. Then you are poorer. Isn’t that obvious? You either create wealth…by capital formation, investment and production. Or you consume it. The government is always a consumer, not a producer. What you should do is cut taxes…and cut government spending — including all the bailouts, contracts, and subsidies to private industry — even more. Then, you have balanced government budgets and more money in private hands. That’s the real solution. But none of you anglo-saxon economists will even mention it… Instead, you have your phony ‘growth’ — which means more government spending. And your phony ‘austerity,’ which means tax increase and less private spending.