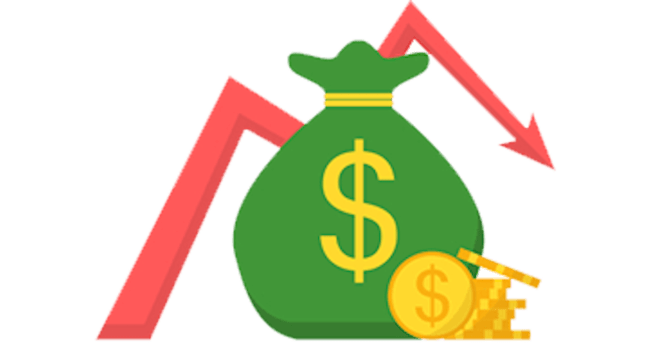 Anatomy of a Crisis, Part II

Our lingering sanity dangles by a fraying thread… like an overloaded elevator whose cable is about to snap.

That is because we have been attempting to penetrate the occult mysteries of the financial system.

It is a Minotaur’s maze of blind alleys, false leads… and infinite confusions.

How, we wonder, can money markets nearly run dry when the financial system is soaked through with liquidity?

The Federal Reserve maintains a $3.8 trillion balance sheet — multiples of the pre-2008 $800 billion.

And today’s money market is flush with $1.4 trillion of “excess” reserves.

As we explained yesterday, financial institutions borrow or lend money in these repo markets as dictated by need.

This borrowing and lending activity takes the form of “repos”… or repurchase agreements.

If a firm wishes to borrow, it holds up high-grade securities such as Treasury bonds as collateral.

If another financial institution accepts the collateral, it agrees to loan the overnight money.

The following day the borrower repurchases the collateral it originally put up — and returns the borrowed money.

As also explained yesterday… this activity lubricates the machinery of the financial system. The daily repo market exceeds $1 trillion.

But should the lubrication run dry, the engine seizes.

The Fed Acts, but not Enough

Yet evidently they were not. One week later the hoses are still out, pumping liquid in.

And the Federal Reserve has since hosed in over $300 billion to keep this market in funds.

It has further announced plans to pour in $75 billion per day through Oct. 10.

But why should we believe the business will end Oct. 10?

After all, the Federal Reserve originally thought they’d scotch the problem in one day — perhaps two.

As did, incidentally, the Federal Reserve’s drummers in the mainstream financial media.

Yet the question comes to this:

Could the Federal Reserve be losing control of interest rates?

The Emperor May Be Naked

To repeat: Could the Federal Reserve be losing control of interest rates?

An impertinent question, to be certain.

As well suggest that Noah’s Ark did not stable all of Earth’s species in duplicate… that Washington never axed the cherry tree… that the emperor may be unclothed.

Yet the Federal Reserve exerts greatest control over short-term interest rates through its federal funds rate.

Lending activity in the repo market normally goes in tune with the fed funds rate.

If the Federal Reserve cannot leash the runt rates it influences most directly… why should anyone believe it can harness a tiger?

This is bigger than what people are talking about. The Fed has been struggling to keep overnight rates down to their target rate for months, and this week overnight rates took off in a moonshot unlike any rate spike ever seen at this foundational level. The Fed hasn’t even been able to wrestle those extremes back down after a week of trying… Twice the Fed has lowered its target [since July], while actual rates refused to comply with the target…

The Fed has indicated it will not likely cut rates any more this year, but what does that matter? If you cannot get your most fundamental interest rate to cooperate with you when you try to lower it and it shoots to the moon instead, then your targets become empty words…

Last Wednesday Jerome Powell shooed away all concerns about risks to the greater economy:

While these issues are important for market functioning and market participants, they have no implications for the economy or the stance of monetary policy.

Well, says this Haggith fellow, have another guess:

The Fed head just noted candidly and with a straight face… that interest was already failing to cooperate in staying within the Fed’s old reduced target range, even as the Fed met to set a still lower target range… as if they cannot see their range means nothing if they cannot achieve it! Worse still, he says this has no implications for the economy or for monetary policy — even though the very monetary policy they were meeting to decide is supposedly something they labor over diligently because they believe it can stimulate the economy or slow it down… He thinks people will believe him when he says the apparent failure of this interest rate to follow the Fed’s dictates has no implications for the economy!…

More importantly, one should ask how stable is the full economic debt load that rests on top of that benchmark rate? How stable are the institutions that are experiencing this squeeze?

The Desperate Search for Yield

Central banks clubbed down interest rates for the better part of 10 years. And safer investments that once yielded healthful returns presently yield scraps.

In consequence, financial institutions have been forced further and further out upon the thin branches of risk… in search of yield.

Even “junk bonds” in certain locations are trading at negative yields — if you can believe it.

They normally go at exceptionally high yields to compensate for the risk within them.

Has the repo market nearly seized because of tremors in the debt market?

“One or More Financial Institutions Ran out of Cash!”

The Fed is bailing out some players who have played it so close in chasing higher interest income that some loans have gone bad or payments have been delayed, and now they’re scrambling to get the cash to pay their own obligations.

One or more financial institutions ran out of cash! They could have been ordinary banks, primary dealers or investment banks. Someone didn’t receive the cash they counted on. The Fed has moved into the breach… No one was ready and waiting to lend them that cash in the overnight market at a low rate like 2%. So rates spiked up…

Fed and government oversight has again failed to detect these insolvent players beforehand and stop them from running out of cash… The system encourages players to borrow short and lend long and thereby raise their risks of insolvency. They know that the Fed is their backstop in a pinch…

This event tells us that the long expansion has reached a point where at least some players have fragile balance sheets.

Points to ponder of a late September day.

We cannot yet determine if we are experiencing the fore-tremors of financial crisis.

Perhaps it will pass by without further incident.

But when was the last instance the repo market gave off a similar warning?